Throughout August, twice a week, a different artist or band will perform live on the Instagram account of the brand.

“If the mountain won’t come to Muhammad, Muhammad must go to the mountain.” The popular proverb explains pretty well what happened to Bebe Moratti in what we will all remember as the summer of COVID-19. A music lover, the Milanese designer reacted to the cancellation of all the music festivals this summer by launching his own music event.

Throughout the month of August, every Tuesday and Thursday at 8:30 p.m. Milan time, a different artist or band will perform live on the Instagram account of Moratti’s Redemption fashion label.

“I had planned a schedule of festivals I wanted to attend, including the Florence Rock Festival, and suddenly everything was canceled. I don’t go to clubs, I don’t go to the restaurant, I don’t travel that much, for me summer means attending music festivals,” Moratti said during a Zoom meeting. “So we decided to use technology to give some relief to music lovers like me.”

According to the designer, it took over two months to organize the Redemption Summer Rock Festival. “The lineup is mainly focused on young artists who are already very accustomed to digital,” said Moratti, who also put the focus on the fact that the scouting was made across the globe. The final lineup includes Jessica Andrea, Mixed Up Everything, Mint Green, Natasha Hunt Lee, Troi Irons, Sophie Lloyd, Tonina and Monica Valli among others. 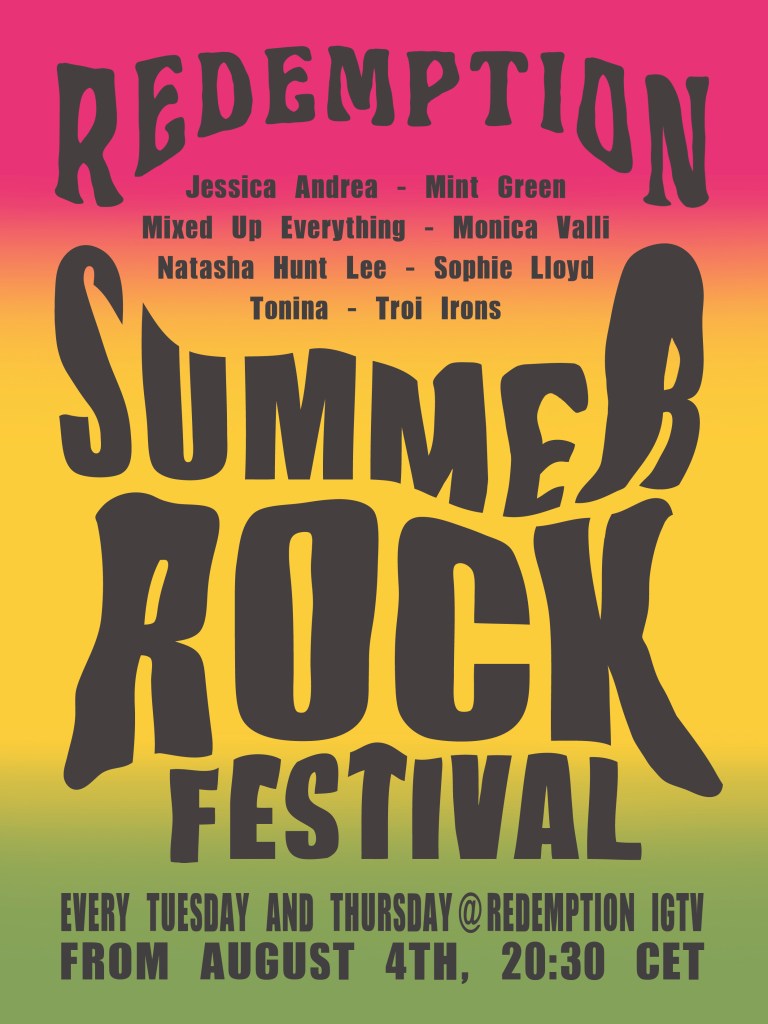 “Along with my passion for music and the fact that music has always been an integral part of the Redemption DNA, another main reason pushing me to organize this festival is that I think that decade after decade music has always played a key role in the shaping of society and in the promotion of healthy rebellion aimed at social improvement,” said Moratti, praising music’s unifying power. “I think that nowadays the role of music in this sense is less impactful probably because the music scenario is quite mainstream. This is why we chose only emerging, independent talents.”

Meeting the needs of the medium, Moratti will ask each artist or brand to play three songs. “We all suffer from an attention deficit disorder online, so it was impossible to stage an hourlong live performance. I think we found a good balance.”

Moratti also revealed that he will close the festival with his own band. “We are not closing because we are the most prestigious, but just because we still have to record the songs since I’m pretty busy designing a collection,” said Moratti, who is working on the development of the Redemption spring 2021 lineup, which for the first time, after years of presentations in Paris, will be unveiled in Milan in September. “We are shooting a video this weekend and we have secured a location for the presentation,” Moratti said. “I’m very happy with the location, it’s very iconic of the most authentic Milan.”

In the meantime, Redemption continues to support those hit by the COVID-19 emergency by donating all the proceeds from its e-commerce sales to Best Buddies and Meals on Wheels America, as well as to Action Aid in Italy.