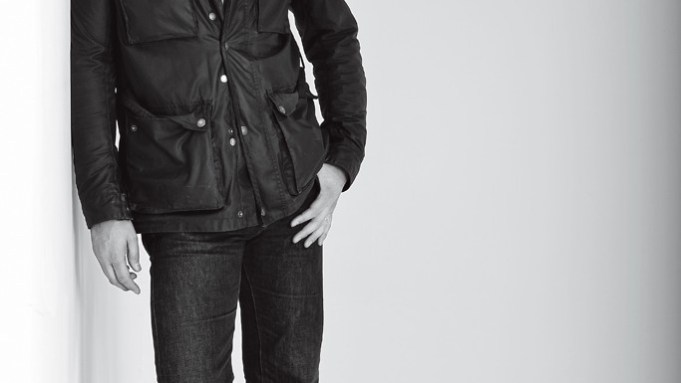 When the designer unveils his spring collection today, it will mark the first time in the brand’s three-year history that he stages a runway show as an independent company that he can devote his entire focus to.

On Aug. 30, Krakoff, with a group of investors, acquired control of his namesake business from Coach Inc. in a buyout deal that was reportedly valued at $50 million. Krakoff, who serves as the brand’s creative director, has the largest stake, while Mark Ein, Mitch Rales and certain funds managed by T. Rowe Price also invested in the brand.

Sitting at his West 34th Street showroom between fittings, Krakoff described the recent development as “simultaneously a new beginning and a culmination of something.

“I was fortunate enough, a few years ago with Coach, to create a brand from scratch, which was an amazing opportunity and experience, and in the last couple of years, we have watched the brand grow, achieve and accomplish milestones,” he added.

By milestones, he was specifically referring to the moment when First Lady Michelle Obama wore one of his designs to last year’s presidential inauguration, as well as on the cover of Vogue; showcases in the windows of upscale retailers like Bergdorf Goodman, Saks Fifth Avenue and Paris’ Colette, and product adjacencies to other major luxury brands in stores worldwide. Since the launch, Krakoff’s handbags have particularly resonated with consumers, and his ready-to-wear and footwear, albeit to a lesser degree, also found a following with customers. “These are the things you look for in the success of a brand,” he said.

In the development of his own name as a luxury label while also serving as Coach’s president and chief creative officer, Krakoff, who resigned from Coach when the deal closed, kept teams at both companies deliberately separate. He will keep the staff he built for his own brand, including chief executive officer Valerie Hermann, who now also takes a place on the company’s board.

The process of spinning off his young company taught the designer much about the brand that he was in the process of building.

“It gave us a real opportunity to evaluate the destiny of the company and also what the organization should look like,” Krakoff noted. “We’re now an entrepreneurial company, and not part of a very large company, and things are always going to work differently in that kind of a dynamic. The traditional wisdom will say that being a public company, it’s always more difficult to be able to make long-term decisions. Being a private company, it’s probably easier, particularly in the building phase.”

The designer pointed to his new partners and their expertise as significant assets to the brand and its future. For example, Ein, who becomes chairman of the company, is an entrepreneur and philanthropist who has created, acquired and invested in a series of growth companies. He is also founder and ceo of Venturehouse Group. Rales is cofounder and chairman of the executive committee at Danaher Corp., which has a market capitalization of $45 billion. Investment firm T. Rowe Price has taken stakes in such companies as Michael Kors and Twitter.

“I have known Mark for a number of years and got to know Mitch and Henry [Ellenbogen, portfolio manager at T. Rowe Price] over the last six months,” Krakoff said. “It’s a very professional but very informal exchange with people who want to be helpful and see the business succeed. They have a strategic view, not a short-term view, on how to create value and a great company over the long term. Their goal is to maximize the opportunities we have and grow the business in a responsible way.”

Asked if he had had sleepless nights over the transition, Krakoff exuded a sense of relief.

“It was a very big deal,” he noted. “You want to find people who have a similar view of the world on everything: money, philosophy, growing a brand, people. That’s not easy, and it’s a very precise process. It was a real journey. I have learned an enormous amount about the team, who were incredible and absolutely focused and dedicated to the business and the future of the business. It was unexpected but amazingly gratifying. It’s not easy on people when you are talking about changing ownership.”

The Reed Krakoff brand was launched in 2010 with a full assortment of categories, including rtw, handbags, watches, jewelry, shoes and, shortly after, fragrance. It currently operates two freestanding stores — one on Madison Avenue, the other in Woodbury Common Premium Outlets in Central Valley, N.Y. — and a network of 130 points of sale worldwide, including 10 shops at Saks, as well as distribution at Bergdorf’s, among others.

Joshua Schulman, Bergdorf’s president, has been selling the rtw and is adding handbags around the resort season. “Reed has a following in the rtw,” Schulman said. “It fills an important need for our customer in terms of clean, modern, elevated sportswear.”

Krakoff’s growth strategy remains intact with the new partners. “A lot of the path is laid out already,” Krakoff said. “We have freestanding stores and global distribution; we are multicategory and marketing the brand broadly. The next thing will be more freestanding stores, and another, the opportunity to further build brand awareness. We always have events that really help tell the story of the brand and that is key. Opening stores also creates awareness and an opportunity for women to come into contact with the brand. It generates volume and helps us evolve and further refine the brand story.”

Pressed for more specifics, Hermann added that there will be “a few stores in the two years coming. It’s not that we are looking to open a store tomorrow, but we have already been looking for sites. The priority is the U.S. but if we see a great opportunity in Europe or China, why not? We are looking for the right store at the right moment at the right location.”

Full-price stores that had opened in Short Hills, N.J., Las Vegas and Tokyo after the launch have since closed.

Currently, handbags are more widely distributed and account for the lion’s share of business at about 70 percent, with rtw accounting for 20 percent. “We have really good success in the existing three categories [rtw, accessories including handbags, and shoes] and the idea of adding more categories just doesn’t feel like the right thing to do at this point,” said Krakoff.

As it enters its new chapter, sources said the company is debt-free, but also has to cover its operating costs, which sources estimated to be over $30 million annually. The business has estimated retail sales in the region of $45 million worldwide.

Hermann added that the new setup allows the company to hasten the expansion process. “Reed has chosen to understand that development of retail and brand awareness [is] important,” she noted.

Coach, which had incubated the brand, is retaining a small stake in the business. Krakoff does not anticipate any changes to his design approach now that he is free from the constraints of a public company and shareholder considerations. “I don’t think you can be happy or successful unless you do what you believe in,” he said.

That had been a hurdle in the beginning. “It was difficult because I think I was afraid to do exactly what I thought, and I think I didn’t know,” he added with candor. “It me took me time to get to the point today where I feel good about where we are and have had enough experience to feel good about the direction.”

Part of the plan in the immediate future is to move out of the existing showroom, which is adjacent to Coach’s headquarters. The company is already eyeing a new space, though Krakoff declined to disclose specifics.

“One of the things I didn’t expect is how different I felt the day after,” he said, referring to his sentiments once the buyout deal was complete. “All of a sudden it’s up to us to make it happen. It’s a very immediate and a very direct way of going to work every day, which is great.”