By Katya Foreman and Sofia Celeste on June 16, 2011
View Slideshow 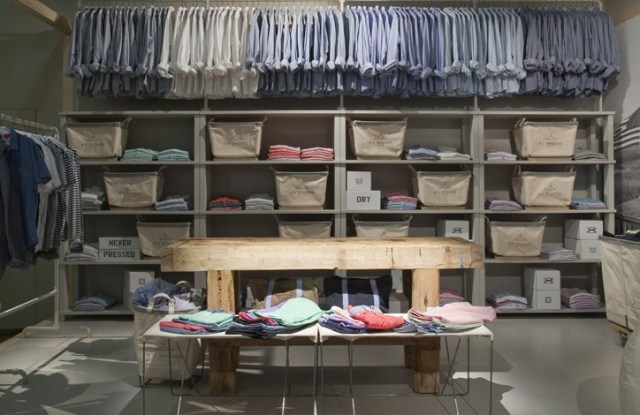 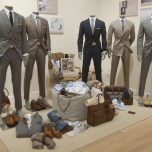 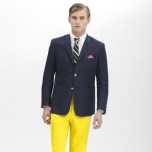 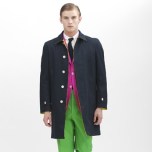 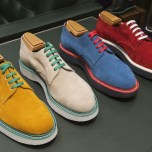 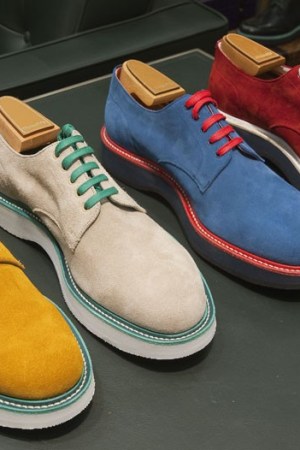 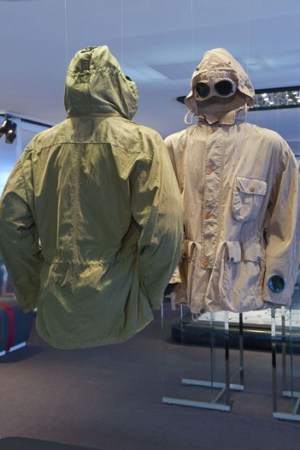 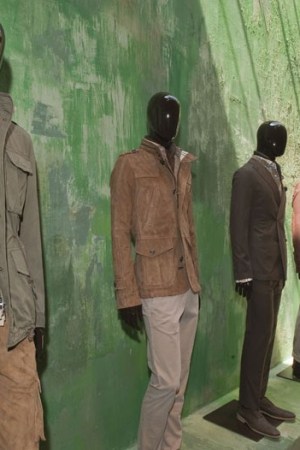 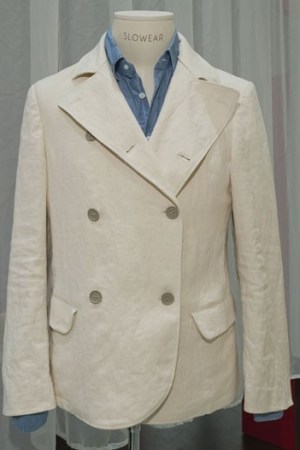 Backpack and compass at the ready, men’s wear is feeling adventurous for spring 2012.

Ernest Hemingway is the season’s main muse as a Neocolonial explorer vibe permeated the collections at Pitti Immagine Uomo and casual luxe proved it is still the main dress code for men.

Despite price hikes on collections of around 15 percent due to raw material increases, retailers were upbeat, lauding the innovation, clarity, wearability and commercial viability of the collections.

“Casual brands like Our Legacy, Uniforms for the Dedicated, Folk are all growing up this season. There was a lot of unstructured tailoring in linen and cotton mixes, a softness of fabrication,” said Stephen Ayres, men’s wear buying manager for Liberty.

“It’s all about the blazer, there’s tremendous respect for sartorial quality,” said Tom Kalenderian, executive vice president and general merchandise manager of men’s and Chelsea Passage at Barneys New York. The season’s overarching theme, he said, is a continued fascination with archival concepts, whether for textiles, color or print.

“Print is back in woven shirts.” With luxury and designer footwear among the store’s strongest segments, Kalenderian observed a “dramatic increase” in footwear resources at the show, including bespoke designers.

“I’m seeing a lot of newness this season,” commented Eric Jennings, vice president and men’s fashion director at Saks Fifth Avenue, who listed textured knitwear and printed woven shirts — in micro, geometric and tropical prints — among the high points. The knit jacket is the go-to piece for the season, he said. “I saw so many beautiful unconstructed knitted sport coats, with buttons in everything from horn to gold.”

“Things are looking a little cleaner and more formal,” noted Yasuto Kamoshita, creative director, deputy general manager at United Arrows, who mentioned Salvatore Piccolo among standout collections. Since the recent earthquake and tsunami in Japan, business for the luxury and fast-fashion segments is “dead,” Kamoshita said. “Middle brands are doing best; consumers need a clear message, and the quality-price ratio is very important.”

Updated takes on the safari jacket peppered collections, along with nautical references.

Tobacco, earth, military green, navy and sand were among ruling shades. “It’s not about bright pop, it’s about soft muted colors,” commented Kalenderian, citing a sea of blues — from navy and peacock to turquoise or teal. “Navy is the most important color in terms of ground, it represents the men’s uniform, the blazer.”

Shrugging off climatic whims, brands advocated good old-fashioned seasonal dressing, with collections that oozed summer. “There were lots of washed linens and cottons. It’s great to see the return of season dressing for spring,” said Jennings.

Bottoms centered on chinos and cotton cargo pants, while jackets were relaxed, ultrasoft and unlined, made from seersucker, linen, Egyptian cotton and shirting fabrics.

“There’s a continuation of bold color in bottoms. It’s a look that’s worked really well in retail and that will be equally important next season,” said Liberty’s Ayres.

“Fabrics are more refined, much more detailed in the way they’re woven,” said Tancrède de Lalun, general merchandise manager for men’s and women’s at Printemps. Kalenderian observed an abundance of soft linens, washed or overdyed to give “a nice dusty feel,” as well as soft suede for outerwear. “It adds another piece of casual luxury. What do you do when you want a cashmere feel for summer?” he said.

Catering to the modern man on the move, it seemed to be all about lightening up, with featherweight luxurious hand a key trend. “I found myself overcome with the notion of explorers past and an almost colonial aesthetic when I began designing this collection. Light, durable textiles and an attention to lightness and mobility were all key in developing this concept,” said Brunello Cucinelli, whose creations included a biker jacket in superfine leather and a drawstring anorak in 110-gram parachute cotton. Cucinelli also introduced a group of formal slim suits inspired by his own wardrobe.

One Pitti newcomer was Brooks Brothers’ Black Fleece, which is angling for wholesale expansion. The brand is sold in more than 20 Brooks Bros. stores, three stand-alone stores and 25 international wholesale accounts.

Exhibitors Church’s and Mackintosh, meanwhile, figure among iconic British heritage brands growing lifestyle concepts around their core product, within their own retail environments. The brands are hooking up with traditional local manufacturers to develop clothing and accessories lines branded under their names that are in keeping with their ethos.

“Whether it be a Scottish cashmere brand or leather footwear manufacturer in Nottingham, there are opportunities for us to partner with brands that have heritage; there are ways of making it Mackintosh,” said Gary Bott, brand manager, adding that the label plans to take inspiration from recent collaborations to develop lines that reflect Mackintosh’s DNA. Since its recent hookup with Converse, for instance, which makes its shoe soles from vulcanized rubber, the material used to make Mackintosh’s signature cloth, the company is identifying areas where it can apply vulcanized cloth to accessories or footwear.

“Over the next 12 months, we will start to see new product fed through the store,” said Bott, who revealed that the brand is gearing up to launch its 104 subbrand, named after the address of its recently opened London flagship, whose distribution will be limited to that store and the Japanese market. The capsule men’s collection is inspired by the great outdoors, featuring elements such as a variation on the hunting jacket. Bott said the brand is mulling opening flagships in Japan, its main market, and New York.

“It was logical to reflect the quality of what we are doing in other areas,” said Jonathan White, a sales executive at Church’s, the iconic British family-run luxury shoe manufacturer. “Our customers recognize quality, can afford and want it; the aspiration is there,” continued White, who explained that the brand has been using its own retail stores as a barometer for new product lines, such as polo shirts and umbrellas. Around 20 new stores are planned for the next two to three years, he said. New offerings for spring, meanwhile, include rubber-soled creepers-style shoes in bright suede and leather.

Also sniffing out traditional craftsmen to pair up with, Woolrich John Rich & Bros. this season presented products using traditional ikat and banshu-ori fabrics, as well as canoe packs made in collaboration with heritage American bag maker Frost River and utilitarian garments made with American workwear specialist Round House.

Events around town culminated in a conceptual performance curated by Olivier Saillard, director of the Musée Galliera in Paris.