John Rigas, together with ceo Robert Procop, has narrowed Asprey’s product offering, and also put a fresh focus on bridal and high-end jewelry. 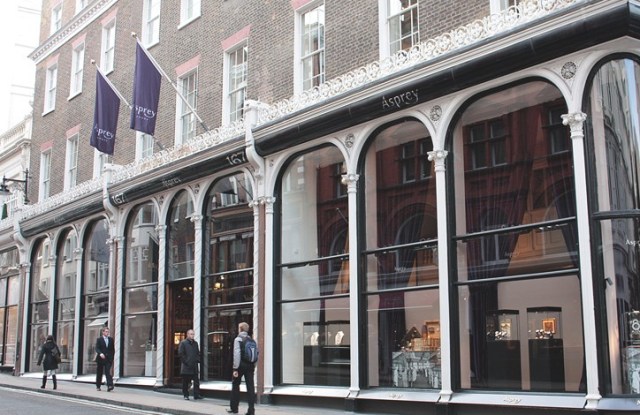 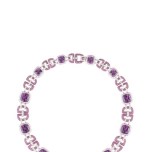 LONDON — John Rigas is aiming to repolish the Asprey brand.

Rigas, whose Sciens Capital Management purchased the ailing brand with Plainfield Asset Management in 2006, has been quietly working since to downsize — and upgrade — the business, which under former owners had expanded rapidly into new markets and noncore categories.

“Our aim has been to narrow and refocus the brand, which had gone downmarket in terms of quality. We want to improve it, and give it back to its [traditional] clientele,” said Rigas during an interview at Asprey’s offices at the store on New Bond Street here.

“Luxury today has to be something refined, exclusive and innovative. We are not Harrods or Bloomingdale’s: When our clients walk into the Asprey store, they want exclusivity. They want to know the staff of this brand — a very British brand — is dedicated to them,” he said.

Rigas purchased Asprey from Lawrence Stroll, Silas Chou and Edgar Bronfman Jr., who had stretched the product offer into ready-to-wear and accessories, rolled out stores worldwide, and incurred enormous costs in one of luxury’s most dramatic tales of a revival gone wrong. In 2006, Sciens and Plainfield committed to pumping $80 million to $100 million to fund Asprey’s future growth.

Rigas, together with chief executive officer Robert Procop, has narrowed the retailer’s product offering to jewelry, watches, silver, luxury handbags and small leather goods. Rigas has also put a fresh focus on bridal and high-end jewelry, traditional businesses which he said the previous owners had “killed.”

Today, he said, the bridal business is “very brisk.” Asprey offers some engagement and anniversary rings that begin at $3,000. A spokeswoman said jewelry pieces in the $5,000 to $25,000 range are the most popular sales category.

Separately, Procop added the company is pleased to be “purveyors of colored diamond jewelry” and other precious gems. He said Asprey should also be considered the go-to place for handmade crowns, coronets and scepters for royal families around the world — skills that are all a part of the heritage of the brand, which was founded in 1781.

In addition to the 90-carat sapphires and 18th century emerald-and-pearl necklaces once worn by maharajas, Asprey is offering fine jewelry with entry prices in the low thousands. A ring with semiprecious stones from the Calla Lily collection costs 3,900 pounds, or $6,357 at current exchange.

Rigas and Procop have rehired many of the silver, jewelry, and leather craftsmen who had worked for Asprey before the Stroll and Chou era, and put a new emphasis on the bespoke rooms in the store. Asprey has also tapped Bruce Hoeksema, the former president of Valentino USA and founder and designer of the VBH accessories label, to design handbags for the brand. His first efforts include a series of slim crocodile or satin clutches with silver details, which are in the store now, as well as sleek day bags in luxury leathers that bear Asprey’s new 1781 logo.

Rigas said jewelry makes up more than 50 percent of sales, followed by leather and silver, which each generate about 15 percent, and watches, which make up 12 percent. The balance comes from products such as silks, china and vintage books.

He said sales have remained consistent for the past three years at $35 million, despite the termination of the newer product categories. In that three-year period, jewelry sales have risen 20 percent, he said.

Rigas added he’s looking to increase Asprey’s sales by 50 percent “within the next two years,” and double them in three to four years’ time.

Asprey’s fiscal year will end in March, and Rigas said he hopes by the end of the next financial year — March 2011 — the company will be profitable on an operational basis. He said Asprey is on solid ground. Since arriving, he has reduced costs by more than 60 percent and the London store is profitable.

Over the past three years, Rigas has shuttered many of the Asprey shop-in-shop and travel retail units, including those in Harrods and Heathrow, calling those stores “a business model of the past. We have a very specific idea of what exclusivity means,” he said.

In addition to the New Bond Street flagship, Asprey has a 6,000-square-foot unit on Madison Avenue and shops in Saint Moritz, at the Beverly Hills Hotel and at the Setai in Miami. It also has five shop-in-shops in Japan and a handful of franchises in Dubai.

Rigas reiterated his plans to remain at the New Bond Street store, despite the recent change in ownership. As reported earlier this month, Hermès purchased Asprey’s 20,000-square-foot building for 73 million pounds, or $117 million, from the Dublin-based property company Quinlan Private. Rigas said Asprey has a 31-year lease and plans to remain in the space, which was redesigned by Norman Foster and David Mlinaric in 2005 at a cost of $50 million.