Bastien Renard worked for 19 years at Nike and Converse in Europe and in the U.S.

Rihanna at her first Fenty pop-up store in Paris.

Rihanna’s fashion line Fenty seems set to open another chapter in its young development under a new managing director, WWD has learned.

Bastien Renard, who worked for 19 years at Nike in Europe and in the U.S., quietly joined the Paris-based fashion start-up in recent months.

Sources suggested Renard, a dynamic and agile executive adroit at all things digital and cutting-edge, could tweak the positioning of Rihanna’s luxury maison, established by LVMH Moët Hennessy Louis Vuitton last year and celebrated with pop-up events in such marquee stores as Bergdorf Goodman and Galeries Lafayette Champs-Élysées.

It is understood Renard takes up duties previously handled by Véronique Gebel, a long-standing Louis Vuitton executive from its ready-to-wear department conscripted for the launch. Like her, Renard reports to Jean Baptiste Voisin, chief strategy officer at LVMH.

Her fashions, sold principally online at Fenty.com via see-now-buy-now drops, have skewed more to the dressy and designer end of the spectrum. The latest fashion volley is focused on denim, including oversize jackets and shirts, plus waist-cinched dresses.

Over the summer, the brand unveiled a collaboration with one of Rihanna’s favorite shoe designers, Amina Muaddi. Her codesigned shoes, featuring nail-like heels, were part of a July release.

WWD broke the news in January 2019 that Rihanna, already a wunderkind in color cosmetics in a partnership with LVMH, would enter the fashion arena with her own brand following a stint as Puma’s creative director.

Announced officially in May last year, the Fenty house is “centered on Rihanna, developed by her, and takes shape with her vision in terms of rtw, shoes and accessories, including commerciality and communication of the brand,” LVMH and the music superstar said at the time.

It marked the first time LVMH — whose forte is modernizing legacy brands such as Dior, Louis Vuitton, Givenchy and Bulgari — has launched a fashion brand from scratch since it set up a couture house for Christian Lacroix in 1987. 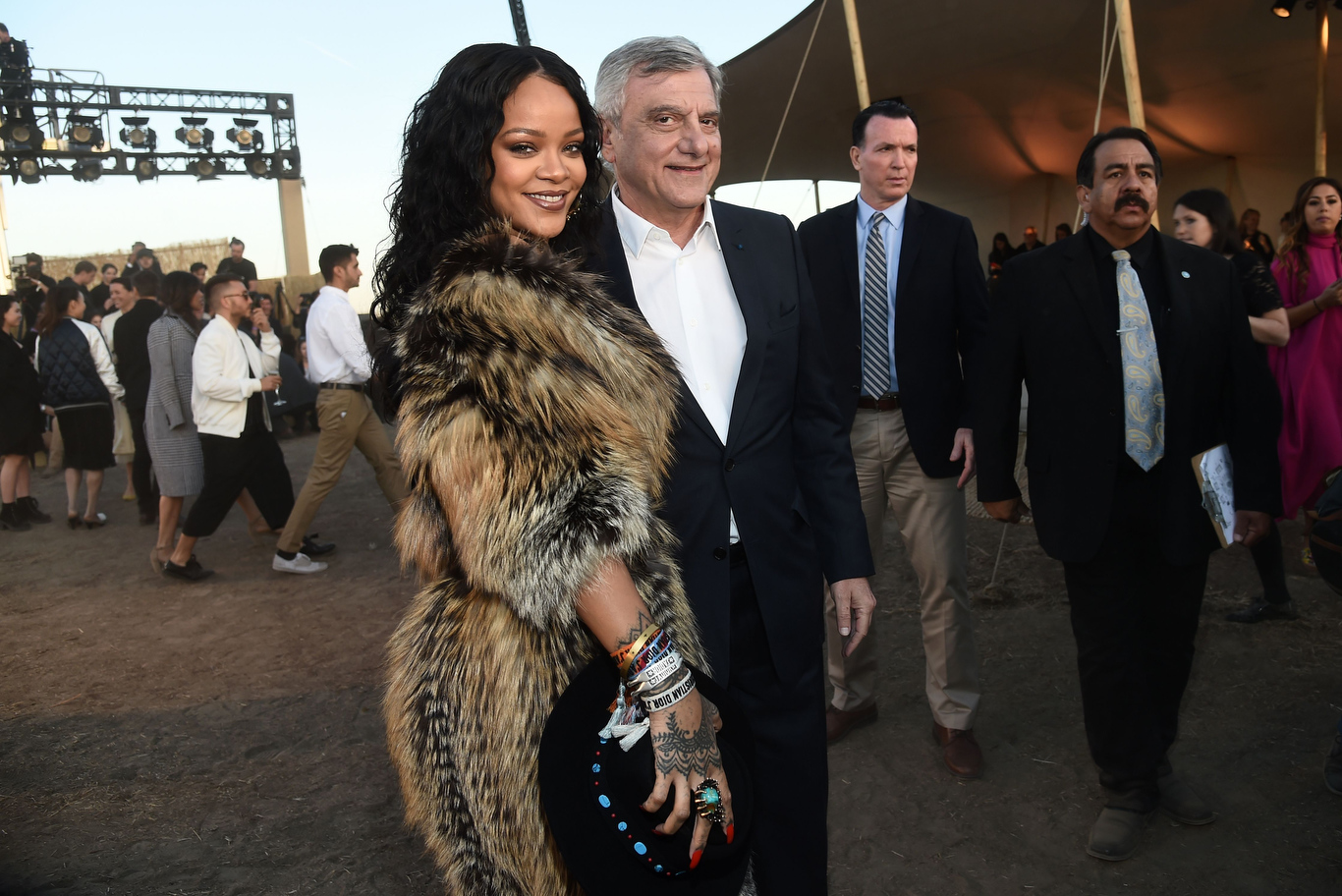 Sources said LVMH and Rihanna were attracted to Renard’s solid digital experience and fascination with consumer insights and desires.

A graduate of Stanford University in strategic marketing management, and with additional degrees from NEOMA Business School and Middlesex University, Renard was most recently vice president and general manager of Nike by You, leading its direct end-to-end customization business, according to his LinkedIn profile.

He has also been vice president of global footwear at Converse, and held a variety of senior marketing and brand director roles at Nike. At Converse, he oversaw its innovation agenda and product collaborations with JW Anderson, Tyler the Creator and Miley Cyrus.

“With a background in product creation and authentic knowledge of youth culture, I lead teams that combine art and science to connect deeply with customers and deliver pioneering executions across digital platforms and retail,” his LinkedIn biography says.