LVMH and Rihanna have been in secret talks to launch a luxury house under her name, according to multiple sources.

PARIS — Rihanna is getting ready for her next act in fashion, and with the world’s largest luxury group as her partner, WWD has learned.

According to multiple sources, LVMH Moët Hennessy Louis Vuitton and the music sensation have been in secret discussions to launch a luxury house under her name. That would make it the first fashion brand industry titan Bernard Arnault has launched from scratch since Christian Lacroix in 1987.

LVMH has already handpicked a clutch of employees from within, including some from Louis Vuitton and Celine, to work on the project in tandem with Rihanna and some of her key associates, sources said.

Details about the launch and its timing could not immediately be learned. LVMH officials declined comment Wednesday.

On Tuesday, the Internet lit up with speculation about the origins of the bold, gold shades Rihanna wore while stepping out in Manhattan — her Fenty brand name spelled out across the temples. Sources said the music star was simply test-driving a prototype, while dropping a colossal tease about her next major foray beyond music.

Rihanna has demonstrated a serious interest in, and influence on, fashion — along with formidable design chops and acute instincts — with her recent tenure as the creative director of Puma, energizing the German activewear brand with her Fenty by Puma project, and following it up with successful forays into beauty and lingerie — the former with LVMH-controlled Kendo; the latter with California-based TechStyle Fashion Group.

Her public appearances generally stir the paparazzi, and her fans, into a frenzy, with outfits ranging from sultry off-the-shoulder styles to streetwear to, at the Met Ball, showstopping numbers that are the highlight of the occasion. In May, for example, she wore a Maison Margiela crystal-encrusted gown and bolero jacket, complete with a hat resembling a bishop’s mitre. 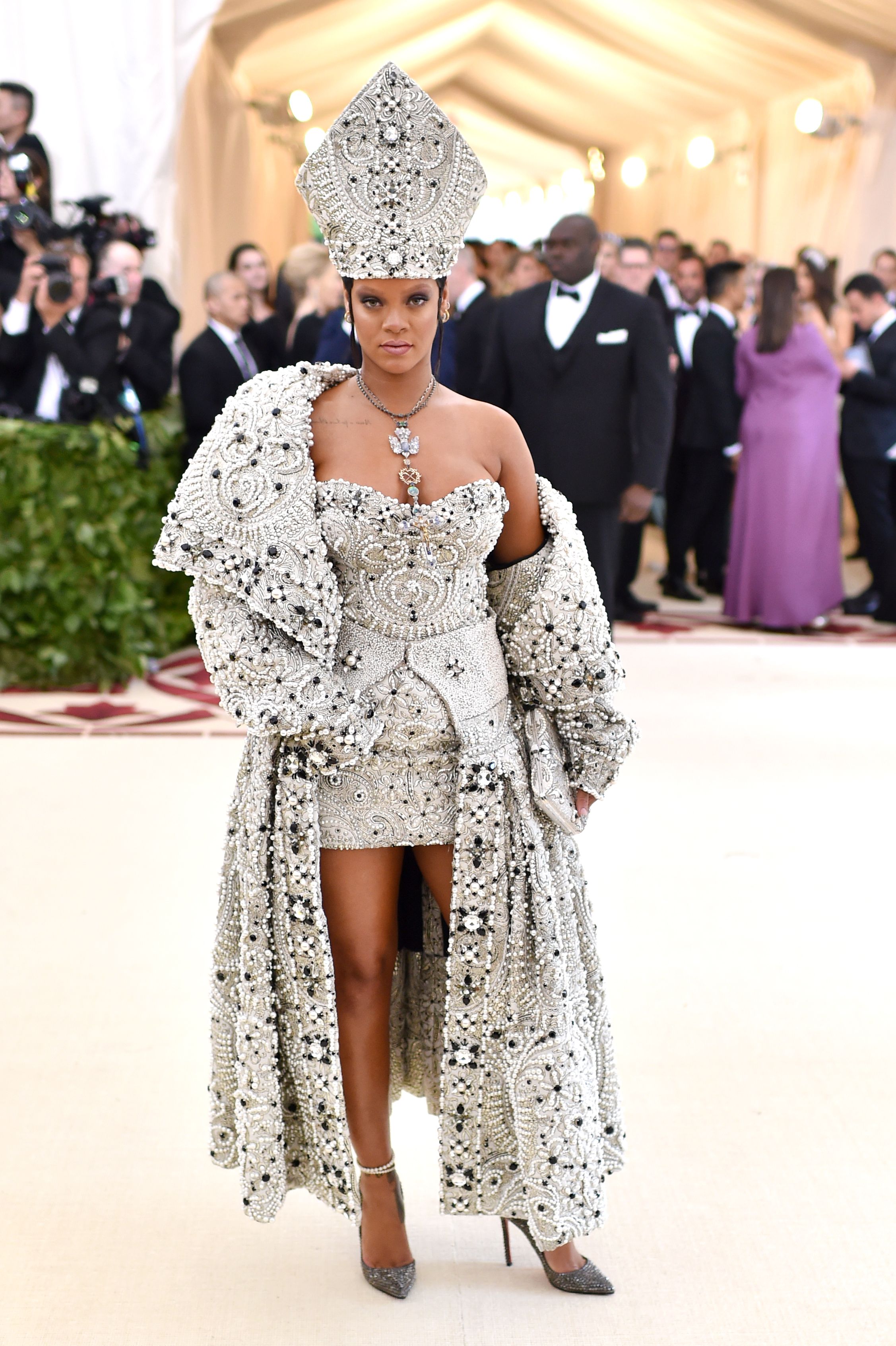 It is understood her collection with LVMH will span ready-to-wear, leather goods and accessories, and could be released in tandem with her ninth album, expected out sometime later this year, one source said.

For LVMH, the Rihanna line signals a further move outside its comfort zone of heritage brands as it continues to diversify its holdings, having recently invested $2.6 billion in luxury travel operator Belmond Ltd., owner of the Venice Simplon-Orient-Express train and hotels including the Copacabana Palace in Rio de Janeiro.

It also cemented Rihanna as one of the hottest-selling celebrities in the world of licensing.

Just a year after its launch, Fenty Beauty by Rihanna is a digital innovator and champion for diversity, using its platforms — 6.3 million Instagram followers, 490,000 YouTube subscribers and 372,000 Twitter followers — to showcase makeup on women of all complexions and sizes. The brand engages with its followers regularly, reposting user-generated content and collaborating with avid fans on videos and posts. 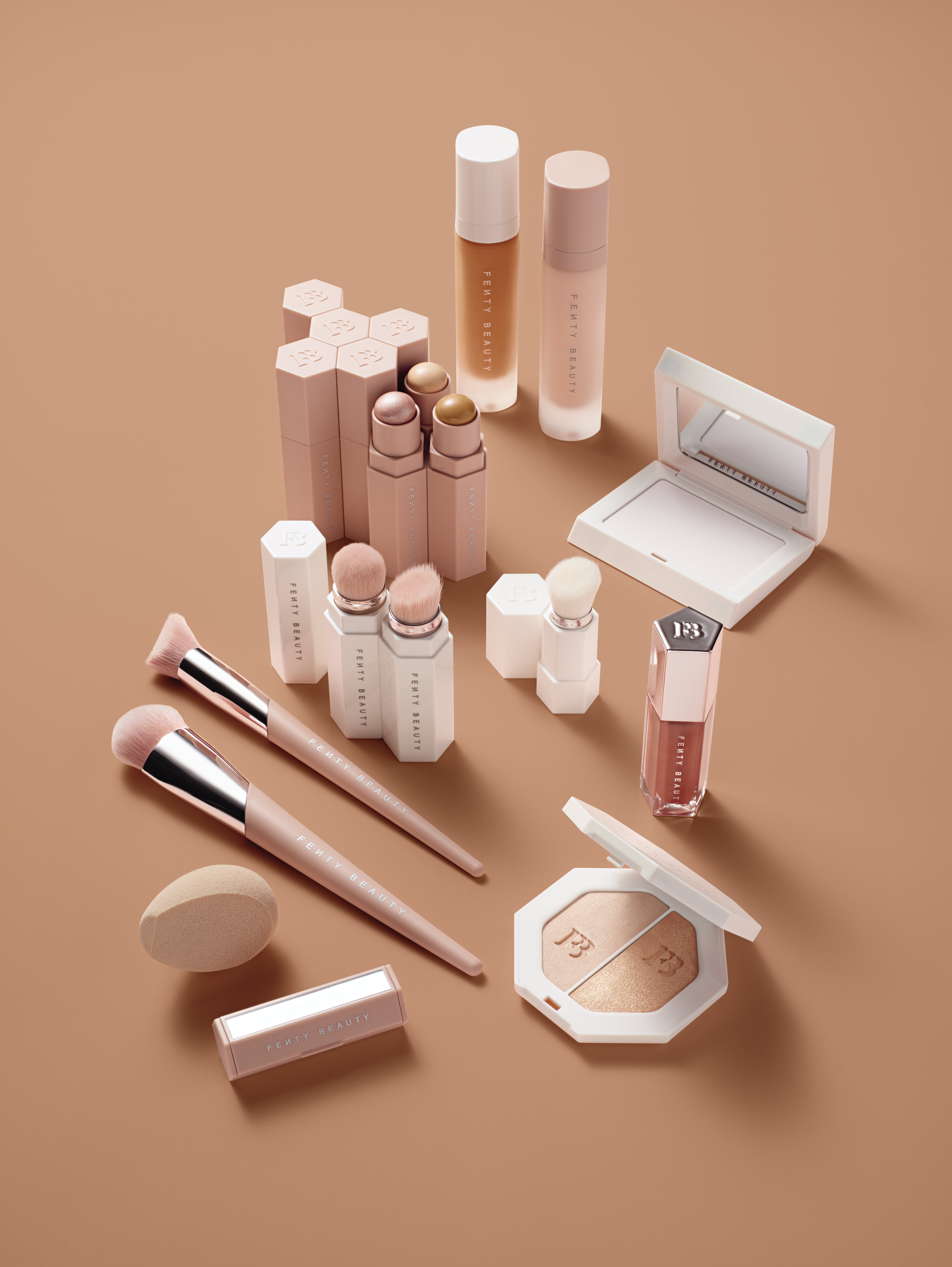 A year later, she created a range of futuristic sunglasses in collaboration with Dior as part of her brand ambassadorship.

Sources inside LVMH describe her as a hands-on type who is extensively involved in product development. It is understood LVMH started assembling her fashion team about six months ago in Paris, with the project being overseen by Sidney Toledano, chairman and chief executive officer of LVMH Fashion Group, a stable of fashion houses that includes Givenchy, Celine, Kenzo and Marc Jacobs.

Rihanna’s talent and beauty have made her a favorite of fashion designers worldwide. The Barbados native has previously modeled for Gucci, Emporio Armani and Balmain.

“Launching at London Fashion Week is a dream come true for me,” she said at the time. “I have wanted to design my own collection for a long time and to present my collection for River Island alongside all of the other great design talent at LFW is a real privilege. I can’t wait to see the reaction from my fans and the fashion press.”

While at Puma, Rihanna staged high-energy shows — one featuring motorcycle acrobats — in Paris and New York. Indicative of her wide appeal, her collection landed at Bergdorf Goodman in New York and spawned a consumer frenzy — and knockoffs galore — for several hit shoe styles, including creepers and furry shower slides.

TechStyle co-ceo Adam Goldenberg told WWD in a recent interview that he chose Rihanna because he needed “the right partner to bring instant credibility and exposure” to a new proposition in the lingerie category.

He confirmed her deep involvement in products that bear her Fenty brand name. “Every single item we have designed she has been involved in the process and seen it on a model, made her own adjustments, decided if we are going to bring it in stock, down to every element of the campaign,” he said.

Think Tank: The Celebrity and the Beauty Industry