Meanwhile, L Catterton, in which LVMH has a stake, is investing in Savage x Fenty, Rihanna's lingerie brand.

Rihanna roiled the fashion scene on Wednesday, revealing that she is pausing her luxury maison with LVMH Moët Hennessy Louis Vuitton while roaring ahead with her Savage x Fenty lingerie, backed with $115 million in new funding.

The twin developments highlighted the challenges dressy fashion brands have faced amid the pandemic — even megastars aren’t immune — and pointed to more explosive growth in categories like innerwear and beauty.

WWD broke the news that Rihanna and LVMH mutually agreed to pause the Fenty fashion maison, less than two years after the launch.

The brand stopped posting on its Instagram account on Jan. 1, and the last collection drop on Fenty.com dates back to November 2020: nail-heeled footwear in collaboration with one of Rihanna’s favorite shoe designers, Amina Muaddi. It is understood the e-commerce site — the main distribution channel for Fenty fashions — is to go dark by the end of February or early March.

LVMH confirmed the development exclusively to WWD via a brief statement saying: “Rihanna and LVMH have jointly made the decision to put on hold the ready-to-wear activity, based in Europe, pending better conditions.”

According to sources, a skeleton staff remains at the Paris headquarters of Fenty fashions to wind down remaining operations.

Meanwhile, signaling its strong belief in Rihanna and her growing Fenty product universe, LVMH now plans to concentrate on Fenty Beauty and Fenty Skin — and get involved in her successful lingerie venture.

Separately on Wednesday, Savage x Fenty said private equity giant L Catterton, in which LVMH has a stake, led a $115 million Series B fundraising round to support its growth and upcoming expansion into retail.

The fundraising round also garnered “significant participation” from existing investors such as Marcy Venture Partners, which was cofounded by Jay Z, and Avenir. Savage also mentioned a “number of new investors,” including Sunley House Capital, part of Advent International. 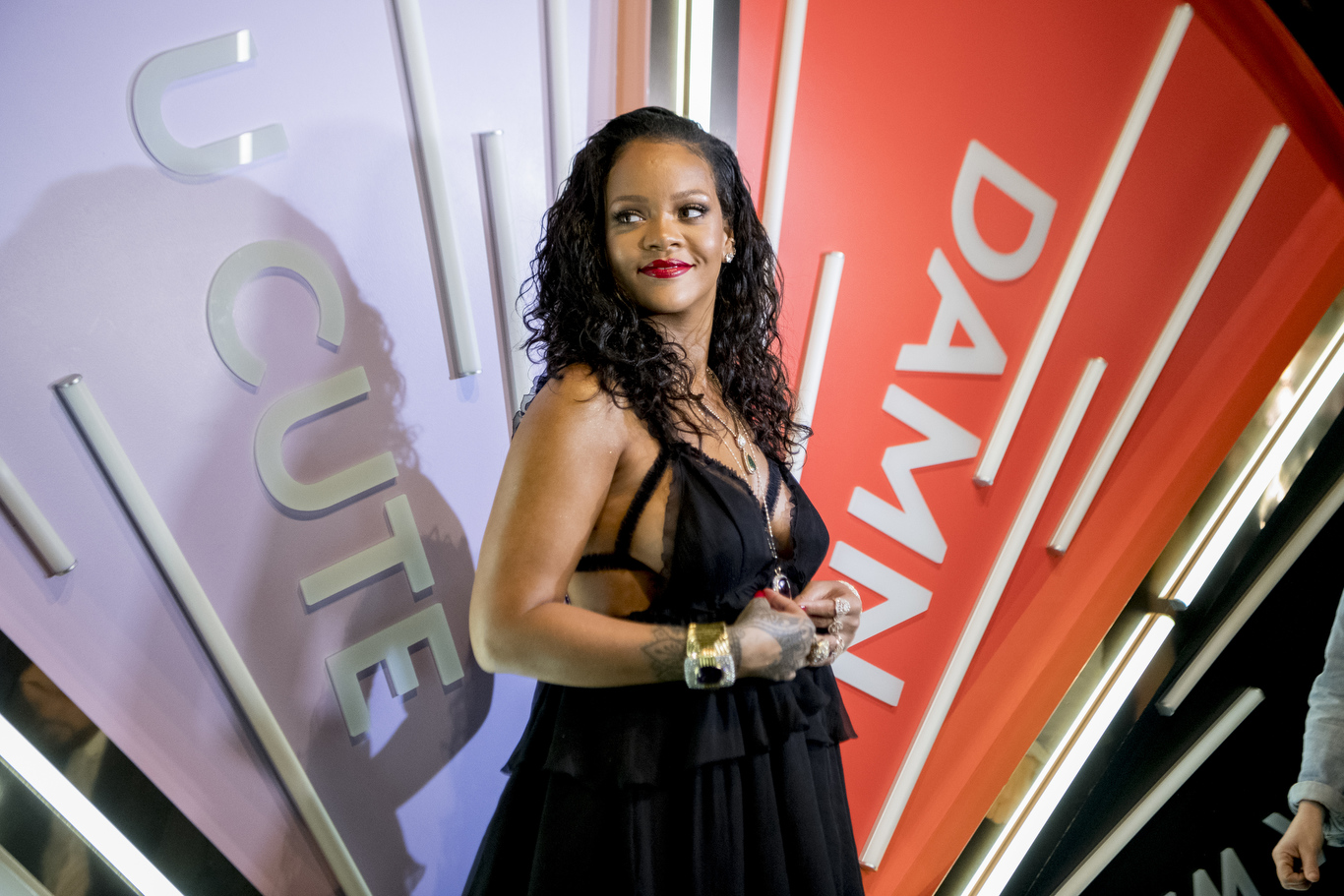 “Savage x Fenty has achieved remarkable success by disrupting the intimates category,” Jon Owsley, co-managing partner of L Catterton’s Growth Fund, said in a statement. “The brand strikes a unique balance between affordability, fashion and comfort, stands deeply for inclusivity and diversity, and has differentiated itself by building an extraordinary level of affinity and unmatched customer loyalty. We believe the opportunities ahead for Savage x Fenty are enormous.”

The 2017 launch of Fenty Beauty included an unprecedented 40 shades of foundation, while her lingerie brand has an extended size offering, including bras from 30A to 42H and panties and sleepwear ranging from XS to 3X. Savage x Fenty has also recently expanded to include men’s basics.

“LVMH and Rihanna reaffirm their ambition to concentrate on the growth and the long-term development of the Fenty ecosystem focusing on cosmetics, skin care and lingerie,” LVMH and Rihanna added in its statement to WWD.

Late last year, Rihanna was said to be looking for investors to expand Savage x Fenty, running a selective process with Goldman Sachs. On Wednesday, Savage clarified that Goldman acted as exclusive placement agent for the Series B financing, with Rothschild & Co. serving as financial adviser to Savage x Fenty joint venture partners.

Rihanna is said to be “sad” about having to put her Fenty fashion house on ice, but excited about her brand’s potential in other categories.

The fashion start-up came up against the coronavirus crisis, which kept the music star grounded in Los Angeles, allowing her to be hands-on with Font Beauty and the launch last July of Fenty Skin, both based in California, but estranged from design and development teams in Paris, and production sites in Italy. Rihanna was known to jump on a plane to visit important fabric suppliers and educate herself about garment production.

It is understood that Rihanna and LVMH ultimately decided to “make priorities” and focus on Fenty’s high-flying U.S.-based businesses, with sources describing the launch of Fenty Skin as a “home run.”

Sources told WWD the pop star and the luxury group have other projects in the pipeline.

Market sources estimate Fenty Skin racked up sales of $30 million in less than four months on its e-store. The brand debuted in Sephora locations this month, and it is also available at Harvey Nichols and Boots in the U.K.

The Fenty fashion house is said to have enjoyed encouraging sales of eyewear, shoes and denim, and found some initial traction in department stores. It is understood Rihanna’s first drop of shoes with Muaddi last July sold out within five days.

But the challenges of creating eight rtw collections a year and running a start-up remotely proved too onerous.

By all accounts, Rihanna’s popularity remains robust, despite the fact that she has not released a new album since 2016 or had many red-carpet opportunities lately. Her personal Instagram account boasts 90.8 million followers.

WWD broke the news in January 2019 that Rihanna, already a wunderkind in color cosmetics via her beauty partnership with LVMH, would enter the fashion arena with her own brand following a stint as Puma’s creative director.

Announced officially in May of that year, LVMH said the Fenty house would be “centered on Rihanna, developed by her and takes shape with her vision in terms of rtw, shoes and accessories, including commerciality and communication of the brand.”

It marked the first time LVMH — whose forte is modernizing legacy brands such as Dior, Louis Vuitton, Givenchy and Bulgari — had launched a fashion brand from scratch since it set up a couture house for Christian Lacroix in 1987.

The project was also uncharacteristically low-key for a group known for lavish fashion shows and splashy advertising campaigns. While there were pop-up events in such marquee stores as Bergdorf Goodman and Galeries Lafayette Champs-Élysées, product launches were quiet affairs announced on Fenty fashion’s website and on social media.

Last fall, LVMH brought in a new managing director who seemed poised to tweak the positioning of Rihanna’s luxury maison. Bastien Renard, who worked for 19 years at Nike in Europe and in the U.S., succeeded Véronique Gebel, a long-standing Louis Vuitton executive from its rtw department conscripted for the launch. It is understood Renard is managing the winding down, and will take up a new assignment within LVMH.

LVMH had hinted things were less than rosy at Fenty when it disclosed third-quarter last October.

“On Fenty fashion, we are obviously still in a launching phase and we have to figure out exactly what is the right offer. It’s not something that is easy. We were starting entirely from scratch,” chief financial officer Jean-Jacques Guiony said at the time. “Obviously, we have the great help from Rihanna on this, but I would say it’s still a work in progress when it comes to really defining what the offer will be. We have successes, we have things that have worked less well, so we have to sort in between the two and really decide what should be the core strengths of the offer in the years to come.”

Most of Rihanna’s fashions, sold principally online at Fenty.com via see-now-buy-now drops, have skewed more to the dressy and designer end of the spectrum.

It is understood that LVMH and Rihanna haven’t ruled out taking a second run at a luxury maison in the future, encouraged by the fact that it was able to attract repeat customers, mostly professional, high-net-worth women who also frequent other luxury brands.

“I have the impression that celebrity-originated brands can be very popular very quickly, but that their staying power is questionable,” said Luca Solca, a luxury goods analyst at Bernstein.

He noted that the LVMH business is built on heritage brands with staying power, evident in the strong recent performance of Louis Vuitton and Dior.

“The idea of using LVMH as a platform to incubate and launch smaller brands is in theory fascinating, but is seemingly not working in practice, at least this time,” he said, noting the pandemic certainly hasn’t helped. “Beauty can be a different story, as Sephora has successfully worked as a mother ship for smaller beauty brands to launch and develop. Beauty would also entail lower fixed costs to operate than a fully fledged fashion maison.” 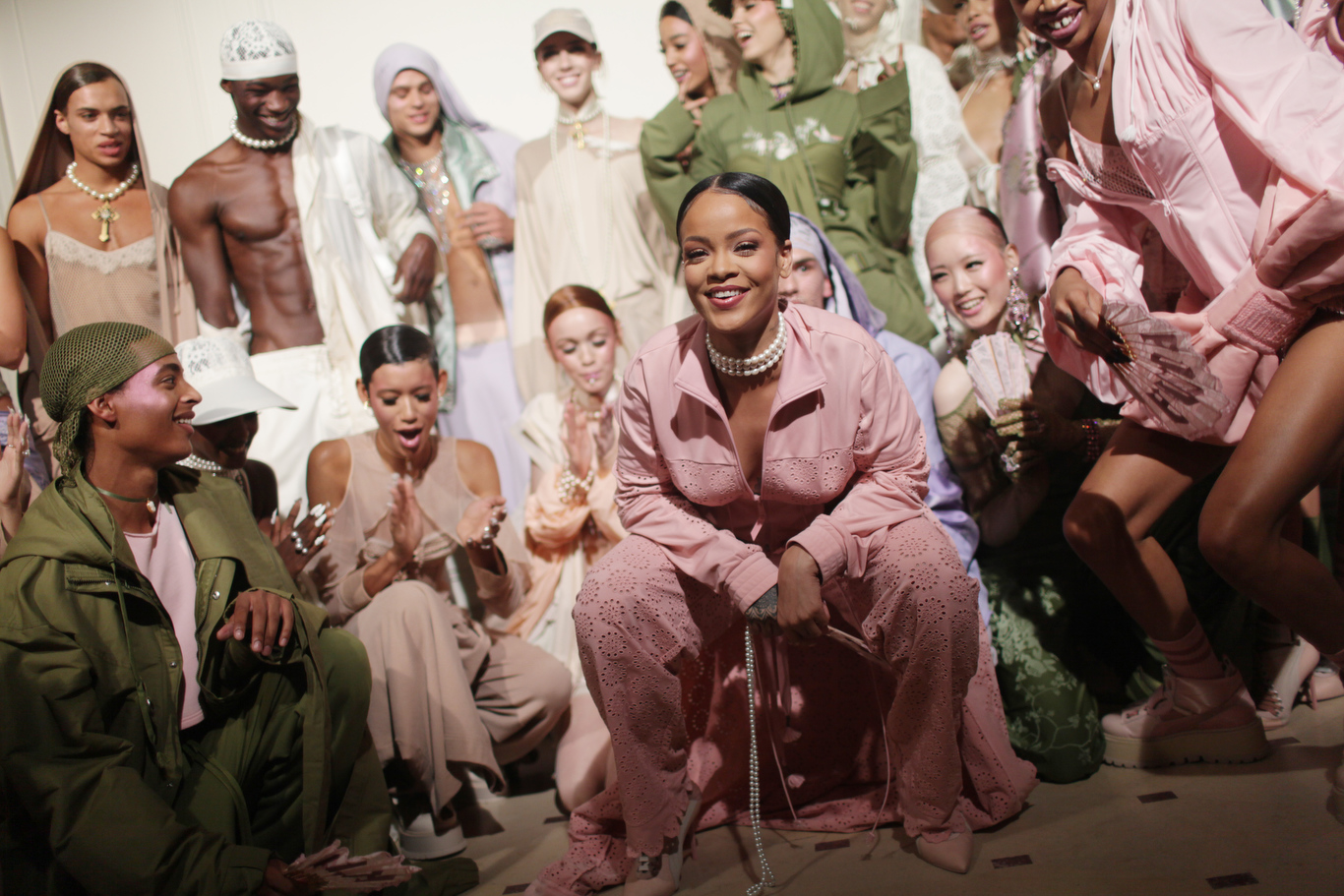 Rihanna has demonstrated a serious interest in, and influence on, fashion — along with formidable design chops and acute instincts — with her three-year stint as the creative director of Puma, energizing the German activewear brand with her Fenty by Puma project, and following it up with successful forays into beauty and lingerie — the former with LVMH-controlled Kendo.

A year later, she created a range of futuristic sunglasses in collaboration with Dior as part of her brand ambassadorship.

Rihanna’s talent and beauty have made her a favorite of fashion designers worldwide. The Barbados native has previously modeled for Gucci, Emporio Armani and Balmain.

WATCH: Inside Rihanna’s Career in Fashion