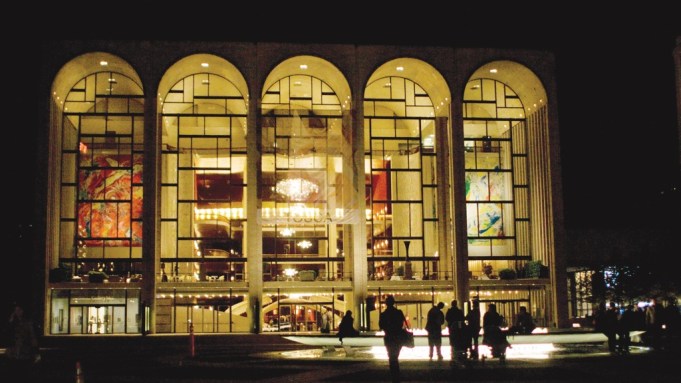 The downtown show venue MAC & Milk is undergoing a name change — it appears the new name will most likely be Made — and is looking to widen its sponsors beyond the cosmetics giant MAC Cosmetics, as reported. With the strategic hiring of Hollywood powerhouse Creative Artists Agency to represent Made, Milk Studios is looking to become a more important player in the fashion show, film and digital media businesses, both in New York and Los Angeles. Lexus is among the sponsors of the fashion shows coming up at Milk in September, as are American Express and MAC.

Powerhouse agent, car company, credit card firm, beauty house — sound familiar? It should, because while Made downtown has CAA, Lexus, Amex and MAC, the uptown New York Fashion Week at Lincoln Center is owned by CAA’s direct competitor IMG and is sponsored by Mercedes-Benz as well as Amex, Maybelline New York and others.

MAC, too, has a foot in each camp, as both a sponsor of Made and exclusive makeup artist to all their shows and backstage makeup artist at many Mercedes-Benz Fashion Week shows.

While there’s no comparison between the size and international scope of the two operations, as well as ease of getting in and out of the venues, they appear to be cooperating on the surface while competing aggressively for sponsors and designers. The drive for sponsors at Milk is part of the studio’s effort to build up a major platform both online and in its studios to host and cover events in fashion, art and culture.

But it’s worth taking a look at what they each have to offer:

• For the September round of shows, Made, which focuses on emerging designers, will serve up 35 fashion shows and presentations. Mercedes-Benz Fashion Week has 98 shows, 81 on-site and 17 off-site.

• Among those firms that are slated to show at Milk Studios at 450 West 15th Street during New York Fashion Week are Sophie Theallet, Cushnie Et Ochs, Peter Som, Erin by Erin Fetherston, Billy Reid, Simon Spurr, Ohne Titel, Jeremy Scott and Nahm. While there is no charge to rent the space at Milk Studios and MAC provides the makeup, designers pay for such expenses as models and music.

• Milk Studios is largely focused on the New York and L.A. markets; IMG owns, manages or commercially represents for sponsorship sales of over 30 fashion events around the world including the fashion weeks in New York, Milan, London, Moscow, Tokyo, Mumbai, Sydney and Berlin.

What is clear is that both are looking to widen their focus beyond fashion.

When Stephanie Winston Wolkoff joined Lincoln Center last year, her role was to coordinate between the arts venue and the fashion industry, including designers, retailers, the CFDA and IMG Fashion. She was also hired to help maximize existing opportunities for the institution, as well as identify and establish new ones, including fashion-related projects with the 12 resident organizations. For example, a conversation between Oprah Winfrey and Ralph Lauren will take place at Lincoln Center’s Alice Tully Hall on Oct. 24 to benefit both The Ralph Lauren Center for Cancer Care and Prevention and Lincoln Center for the Performing Arts. It will be followed by a gala dinner at Avery Fisher Hall, which underscores Lincoln Center’s growing ties to the fashion community, from New York Fashion Week to other events throughout the year, such as the CFDA Awards.

“When Lincoln Center embraced Mercedes-Benz Fashion Week, we fully anticipated that fashion and design would, over time, become a more enduring and visible part of the creative spectrum at Lincoln Center, meaning that we would have events throughout the year,” Reynold Levy, president of Lincoln Center, told WWD earlier this month. “That is beginning to come to pass in a whole variety of ways which will unfold over time.”

Milk Studios, one of the premiere photo studios for advertising and editorial fashion shoots, isn’t waiting around. Later this week, it will unveil a redesigned Web site, Milkmade.com, a platform to showcase the work of Milk’s creative communities. The site claims it will offer the latest in fashion, music, art and culture, and is managed by Alldayeveryday, a multiplatform marketing and entertainment firm. A community of partners, photographers, artists, editors and bloggers will contribute to the site, which will feature video content, editorial and blog posts, exclusive photo commissions, and an interactive events calendar.

“We reimagined the site to be a destination for premier events coverage,” said Horacio Silva, director of content at Alldayeveryday and editorial director of Milkmade.com. The site is working closely with Tumblr and Twitter. “We’re immersed in the world of visual culture,” he said. The site will also highlight events coverage such as Art Basel Miami Beach, the Furniture Fair, Frieze Art Fair and Coachella. It aims to become well known as a “visual destination site.”

Milkmade.com, which will offer its content for free, will feature front-of-the-house photography from all the New York fashion shows (including those held at Lincoln Center, off-site and Milk-sponsored shows), as well as atmospheric and backstage photographs. Every show at Milk Studios will be live-streamed on the Milk site, which will employ a stable of writers and photographers. In addition, social media coverage and activation will be key elements.

“My hope is to instantly download the photographs. I want to be up there faster than any of our competitors. There will be a very heavy premium on original photographic content, and our live-streaming is unparalleled,” Silva said.

Beyond those comments, few other details of Made (or whatever it ends up being called) could be learned at press time. But there already are birthing pains in the venture between sponsors of the fashion week at Milk over the placement of their names and frayed nerves all around. Meanwhile, one informed source said executives at IMG are “freaking out” that CAA has signed with Milk Studios to help it build its profile and attract sponsors.

Milk versus Lincoln Center; IMG versus CAA: a battle Made for the fashion world.