The Italian designer's first collection will bow in September for the spring 2015 season. 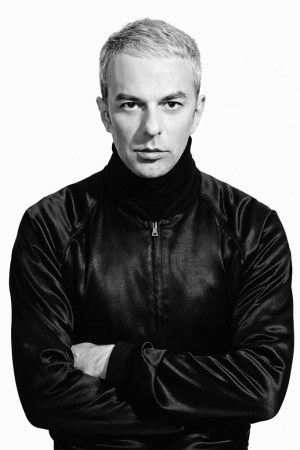 MILAN — After several good-byes, the Jil Sander group is ready to say hello to a new creative director — Italian designer Rodolfo Paglialunga. His first collection will bow in September for the spring 2015 season.

“He is the most fitting designer to write the new pages of the Jil Sander story,” chief executive officer Alessandro Cremonesi told WWD. “He has the right characteristics and the experience to evolve the Jil Sander brand in a new direction while respecting its essential traits.”

Paglialunga started honing his skills with Romeo Gigli in the early Nineties. In 1996, he joined Prada, where he worked for 10 years, eventually becoming women’s wear design director. In March 2009, attracted by his knack for arty cuts and constructions, former Vionnet owners Matteo Marzotto and Gianni Castiglioni tapped the designer as creative director of the brand. Paglialunga helped dust off Vionnet with his distinctive, glamorous shapes and rich textures, until he left the company in fall 2011.

“I’m deeply honored to have the opportunity to take on this role. I have boundless admiration for the brand as I strongly believe in its pure vision and values,” said Paglialunga. “My aim is to carry forward the fusion between sophistication, luxury and innovation and bring the house [to] the next level.”

The designer, who hails from Tolentino, in Italy’s central Marche region, will be based in Milan, where the company is headquartered. Cremonesi underscored that he had faith Paglialunga will ensure “an evolution, not a revolution” of the label.

While recognizing that he was “very happy” with the collections produced by the design team following the exit of the brand’s namesake designer in October 2013, Cremonesi said he felt a label must be “personified by a creative mind that will clearly indicate a direction.” A creative director will “channel the brand with retailers and the press. In fashion, this embodiment is important,” he added.

Asked if Sander herself had contributed to the selection of a successor, Cremonesi responded that this was “the company’s autonomous decision.”

While industry observers had expressed concern over the future of the brand following the sudden departure of Sander last year and the implications of a disconnect from its founder, Cremonesi was upbeat about the company’s yet-untapped potential. “The label has not been tied to its founder for a long time. A number of different designers have been in charge, and we are at ease about the strength and potential of the brand. It has an evolving, independent history,” he remarked. “This is a multiyear agreement [with Paglialunga], and we reason in the medium-long term.”

Cremonesi also said owner Onward Holdings Co. Ltd. stands by the brand and firmly denied any idea of a sale of the business.

The label will “continue to be positioned in the high-end range,” and Cremonesi said a priority is to develop the accessories category, specifically handbags and shoes. He cited the Jil Bag as “a very successful” piece. The bag is being celebrated with a traveling exhibition hitting cities including Milan, Shanghai, Tokyo, Chicago, Paris, Berlin and Hamburg, Germany.

In 2014, Jil Sander will further develop its retail network, focusing on “America, which will become increasingly more important, given its growth potential; Asia, and Japan,” said Cremonesi. Last year, the company entered China with stores in Beijing and Shanghai. There are currently 59 Jil Sander stores globally.

Sales last year were “flat,” said the executive, standing at 100 million euros, or $132 million at average exchange. “The year 2013 was not easy for anybody in the industry, and our company was hit by currency headwinds, also in light of the fact that the brand has a relevant presence in Japan,” he explained.

In October, for personal reasons, Jil Sander stepped down from the company she founded in 1968. She had returned for the third time to her namesake brand in February 2012, after Raf Simons’ seven-year tenure. Sander rose to fame in the Eighties and Nineties with her tailored basics crafted from luxurious fabrics. The designer sold 75 percent of her company to Prada Group in 1999, and made a highly publicized exit a year later. She was succeeded by Milan Vukmirovic, who did sporty disco flash until Sander returned in May 2003, only to split again 18 months later. After her second departure, the brand’s creative reins were handed over to its long-standing design team.