Backed by a new minority investor, Ilincic has opened her first store, re-branded her company as Roksanda, and plans to open more stand-alone units. 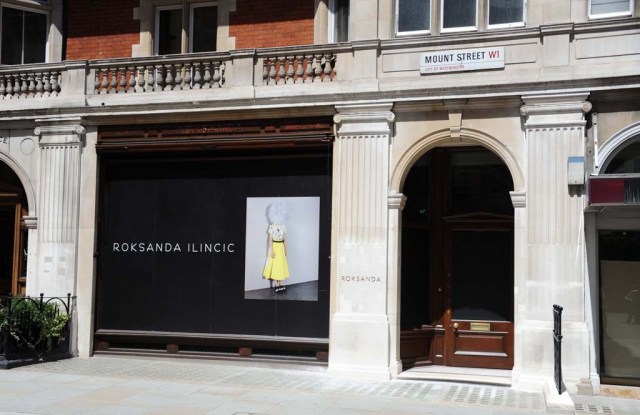 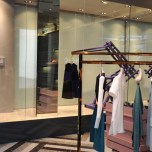 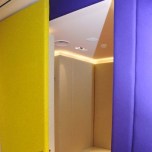 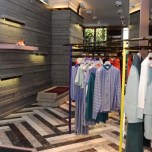 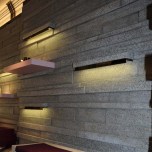 The 2,500-square-foot store spans two levels, and has its own garden and terrace at the back. Designed by David Adjaye, it is a study in contrasts: hard and soft, packed with color and monochromatic, feminine and masculine.

“I wanted to create a space that was timeless, with a strong connection between art, fashion and all the creative disciplines, and with sculptural, graphic and architectural elements,” said the designer during a walk-through of the space, a former art gallery. “I also wanted something that was very luxurious — and unexpected.”

Ilincic is an art lover and fan of Brutalist architecture, so it’s no surprise the store has walls made from concrete that has been sliced and stacked like thick planks of wood. It even has a concrete sofa.

“Make yourself comfortable,” said the designer, smiling as she gestured toward the chunky piece that has been fitted with a long Kvadrat felt cushion. Colorful cabinets for jewelry and swimwear have a similar blocky design, although they are made from lacquered wood.

Clothing rails are fashioned from rose gold stainless steel, while the terrazzo floors — in aubergine, pink and cream — have been arranged in a magnified herringbone design, inspired by the original parquet flooring in the basement of the Edwardian building.

Floor-to-ceiling mirrors give the space an even greater sense of drama, while bright, hand-knitted handbags sit like sculptures on the small, lit shelves that are dotted along the concrete walls. The store stocks the designer’s pre-fall collection, and also offers exclusive pieces for day and night.

In the window, there’s a sculpture of a small purple crane by the set designer and illustrator Gary Card. Ilincic said the piece embodies her love of industrial machinery. The garden at the back, which is filled with peonies, jasmine, ivy and tropical leaves, gives the space an exotic feel, as if it’s somehow distant from the streets of London.

Downstairs, at the bottom of the original brass-and-wood staircase, walls are covered in Kvadrat felt — in acid green and pink. Ilincic has also set aside a space downstairs for her children’s wear collection and will also use the space for her bridal, evening and occasion-wear lines, and for her bespoke service.

The designer said she had been looking for a retail space for about a year, and that Mount Street — one of the hottest commercial retail properties in central London — suits her brand. But Mount Street won’t be Ilincic’s one-and-only unit. “This will be one of many stores to come — but not in the near future,” said the designer, adding that her new investor has a “long-term view to aid the brand’s development and expansion globally.”

Ilincic, who lives in London, studied architecture and applied arts in Belgrade, and later got her M.A. in women’s wear design from Central Saint Martins.

She has been showing her collections at London Fashion Week since 2005, and her wholesale clients include Barneys New York, Selfridges, Joyce and Luisa via Roma. Customers include the Duchess of Cambridge, Michelle Obama, Britain’s First Lady Samantha Cameron, Penélope Cruz and Rooney Mara.