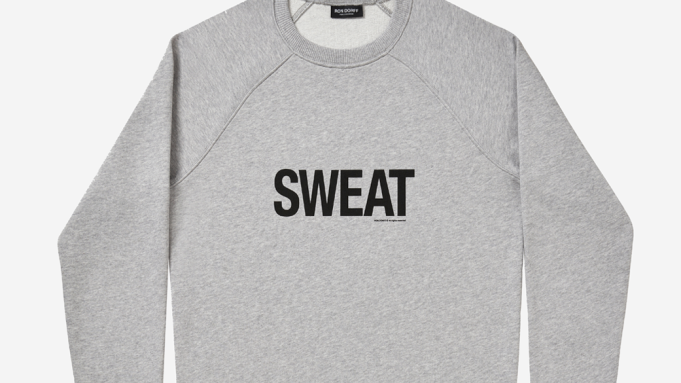 LONDON — French-Swedish men’s wear label Ron Dorff will launch its first London store in April, followed by a second store in spring 2017, with plans to expand in the U.S., WWD has learned.

Nestled on 5 Earlham Street by Seven Dials, the store will be situated near brands including Fred Perry, Peter Werth, Finisterre, Carhartt and Le Coq Sportif.

The Covent Garden shop is to span 1,500 square feet across two floors. It will stock the label’s spring collection including sportswear, swimwear, home wear, underwear and body care. It will also carry a capsule collection for women titled His for Her and home wear — a new category that launched in January which includes loungewear pieces such as long johns and Henley shirts.

“The men’s wear market is going through the roof,” cofounder Claus Lindorff told WWD. “I think with the gender we’re developing now for sportswear and home wear, the borders are getting more blurry. We developed a collection called His for Her. It’s like you go into your boyfriend’s closet and take a sweatshirt to wear. A lot of women were coming in and always buying a small and on e-commerce, as well. But they are buying for themselves. Then we developed a cut for the sweatshirts and T-shirts for women and realized they don’t want it like that. They want it loose. So we started promoting it in our stores and on our site. Then came home wear that can be worn by men and women. I think it’s supersexy when women have their underwear, their own version of the men’s instead of some lacy things.”

The label notes that the sweatshirt as a bestseller. “The sweatshirt is an iconic model,” added Lindorff. “Overall we say, the concept of the brand is everything a man uses before during and after sports. It’s functionality with French style.”

The brand reported that the move into the U.K. was an “obvious step after Paris” and “feels like it’s the stepping stone towards the States.”

Lindorff noted that plans for 2018 and 2019 include store launches in New York, Los Angeles and Miami, alongside a U.S. e-commerce site. “We’re not pushing the States at all right now because we want to do it properly,” Lindorff said. “At the store in Paris, 40 percent of our clients are foreigners and half of them are Americans.”

Adu Advaney and Derek Lovelock invested in Ron Dorff in 2014 to finance the store and e-commerce launch in the U.K. Advaney is one cofounder of Mexx, a cofounder of Fashion Fund One and vice chairman of the board of Vilebrequin. Lovelock is the executive chairman of Mamas & Papas, a non-executive director of Spartoo.com and an adviser to Catapult Ventures Ltd.

The brand has tapped French-English architect firm Studio Dessuant Bone on the store design. Inspired by sports and arts, the design combines its French and Swedish roots using minimalist and functional design. Incorporating bespoke furniture and installations, they have utilized a neutral palette of black, white and light woods by taking cues from high school gym benches and gymnastic elements.

In terms of future projects, the brand will team with French accessory designer Florian Denicourt on a Triporter sports bag, due out in June. “This is his bestseller and we sort of redesigned it with a new kind of fabric,” said Lindorff. “He is into leather, we’re not.” While the label couldn’t reveal its next brand collaboration, they said they plan to work with a sneaker company on a style that will launch in the U.K. in the spring. They have teamed with brands in the past including a collaboration with Lorenzo Martone of Martone Cycling Co. on a Velo Love bike in 2014.

Launched in 2010 by Claus Lindorff and Jérôme Touron, the brand has one flagship in Paris and is stocked in more than 80 concept stores including Colette, the Webster, Jeffrey and the Corner Berlin.