The late artist would have no doubt relished the idea of a home collection inspired by his art being sold at Barneys New York. 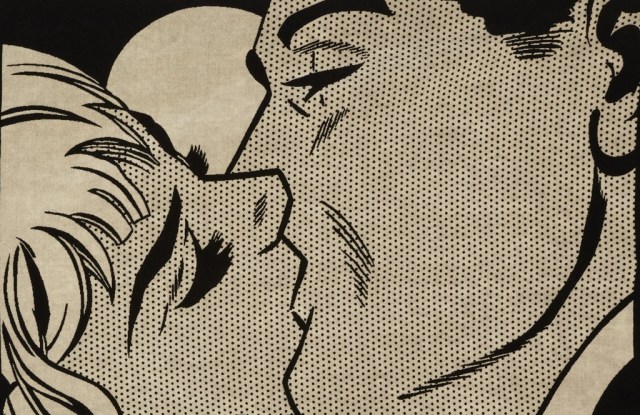 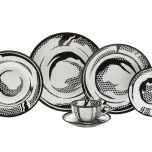 With his tongue-in-cheek Pop Art, Roy Lichtenstein would have no doubt relished the idea of a home collection inspired by his art being sold at Barneys New York.

Under the direction of the late artist’s wife, Dorothy, and the Roy Lichtenstein Foundation, the luxury retailer is now offering limited-edition pieces that will in part benefit the Art Production Fund. Given the breadth of Lichtenstein’s body of work and the exactitude the project required, there was much back and forth between the interested parties to ensure the colors, quality and reproduction of his work was just so. Creative director Dennis Freedman noted Monday, “One of the most important things is that we have not only the approval but we are collaborating with Dorothy. She would never do anything if she felt he would not have approved.”

She and Freedman, along with chief executive officer Mark Lee and APF’s cofounders Yvonne Force Villareal and Doreen Remen, will celebrate the launch Thursday night. Narciso Rodriguez, Mario Sorrenti, Vinoodh Matadin and Inez van Lamsweerde, Derek Lam, Prabal Gurung and Tabitha Simmons are expected in the crowd. Afterward, Lisa and Richard Perry will host a private informal dinner to keep the revelry going. (Lisa Perry is an avowed fan of Lichtenstein’s, having designed a capsule collection inspired by his art for her own label in 2011.)

The retailer’s Madison Avenue windows have been decorated to trumpet the collaboration. The products include beach towels, bags, paper cups and plates, pool floats, place mats and china dishes carrying Lichtenstein’s original artwork. “Ice Cream Soda,” “Drawing for Kiss IV” and “Baked Potato” are among the iconic images used for the products, which will retail between $28 and $295, with 25 percent of all sales going to the APF.

Lichtenstein actually produced a china set in 1967 and paper plates in 1969, though neither has been in distribution for years. In keeping with the now-or-never art world, Barneys will not have second production runs on any of the specialized items. “Once it sells out it will not be made again,” Freedman said. “We’re not trying to be overly serious. There is a playfulness and that’s intentional. We hope people will use the beach ball and the pool float.”