Japanese designer Chitose Abe kicks off a new strategy in which the house will invite a different designer each season.

Here’s a new wrinkle in the guest-designer juggernaut: Jean Paul Gaultier is inviting a revolving cast of creatives to pick up his couture scissors, starting with Sacai, WWD has learned.

A Japanese designer who knows her way around sailor stripes and trench coats, Sacai’s Chitose Abe is to create the fall 2020 Gaultier couture collection, kicking off a new life for the house and adding another frisson of intrigue to the next high fashion week in Paris, scheduled for July 5 to 9.

WWD had pointed to serial collaborations as the way forward for the house last January, when Gaultier surprised the industry by revealing that his spring 2020 couture show would be his last.

It should be an enticing opportunity for younger designers to interpret Gaultier’s vast and eclectic oeuvre, achieved over a career spanning 50 years, and to take advantage of his atelier’s formidable know-how with tailoring and elaborately embellished flou. 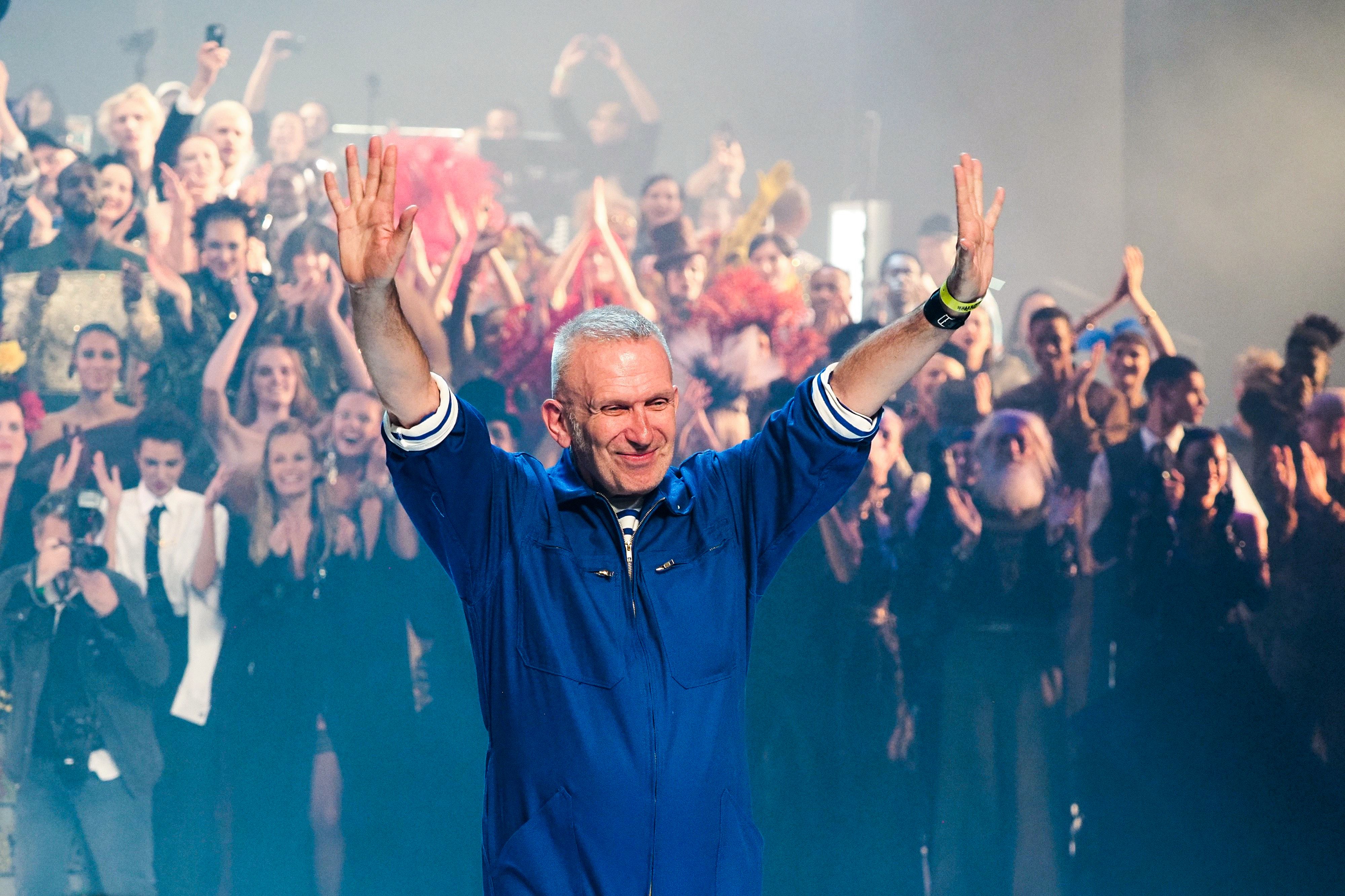 Gaultier confirmed the new strategy exclusively to WWD, explaining that he would invite a designer each season to “interpret the codes of the house and give the vision of the haute couture.”

The idea of different designers interpreting one couture brand came to Gaultier in the Nineties when one Paris house “found itself without a designer,” according to Gaultier, who didn’t name names, though the house in question is believed to be Jean Patou, famously ignited by Christian Lacroix in the Eighties. (Gaultier also worked at Patou earlier in his career.)

“I am pleased that this concept will become reality now with Chitose Abe of Sacai as the first guest designer. I admire her work, we have many things in common creatively and a similar vision of fashion. I am glad to give her the complete freedom,” Gaultier said in a statement.

For her part, Abe said, “I have a long-held admiration for Jean Paul’s unique vision of subversive femininity and his originality, both of which I’ve strived towards in my work since the beginning. It’s a true honor to be given the opportunity to be custodian of his house as the first designer of this project.”

Abe’s take on Gaultier’s couture will be closely watched, given her appeal among fashion and streetwear mavens, and the novelty of donning the couture cap for a one-off collection. 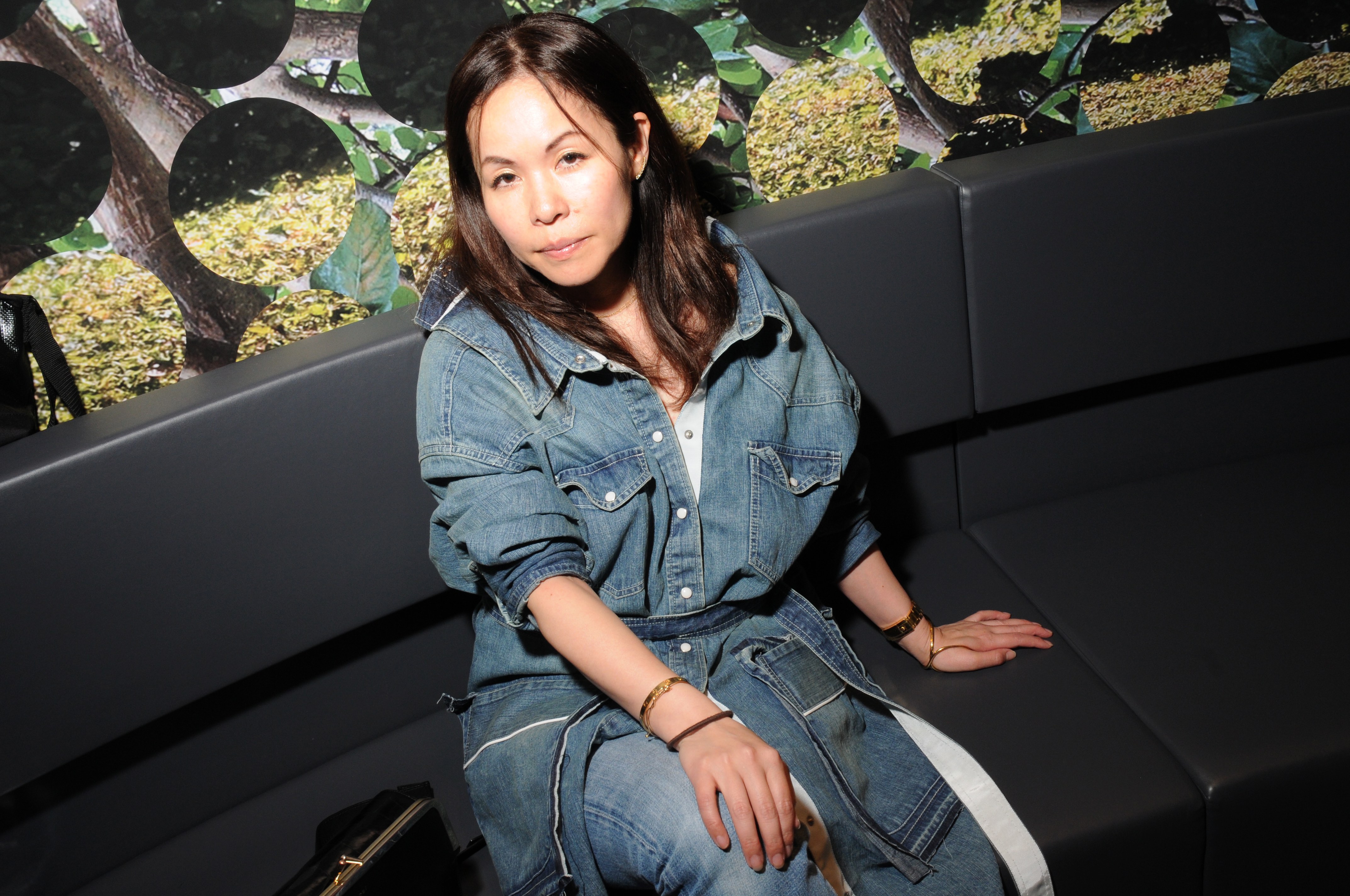 July’s couture week is shaping up as one of the most electric in years, headlined by the return of couture from Balenciaga, 52 years after Spanish master Cristóbal Balenciaga shuttered his house. It is said that Demna Gvasalia already had couture in mind when he joined Balenciaga in 2015, knowing the founder’s stature as the “couturier’s couturier.”

Gaultier was no slouch himself, daring to show men in skirts, women encased in fabrics like Christo artworks, and fantastical gowns that begged for the stage. He first joined the couture calendar in 1997.

Known for his catwalk shows merging fashion and guest performers, Gaultier will be remembered as one of Paris’ greatest showmen, breaking down gender barriers and helping to launch some of the industry’s biggest models.

One-time collaborations are also multiplying in the luxury sector, setting the stage for feverish competition for a finite number of marquee design talents. 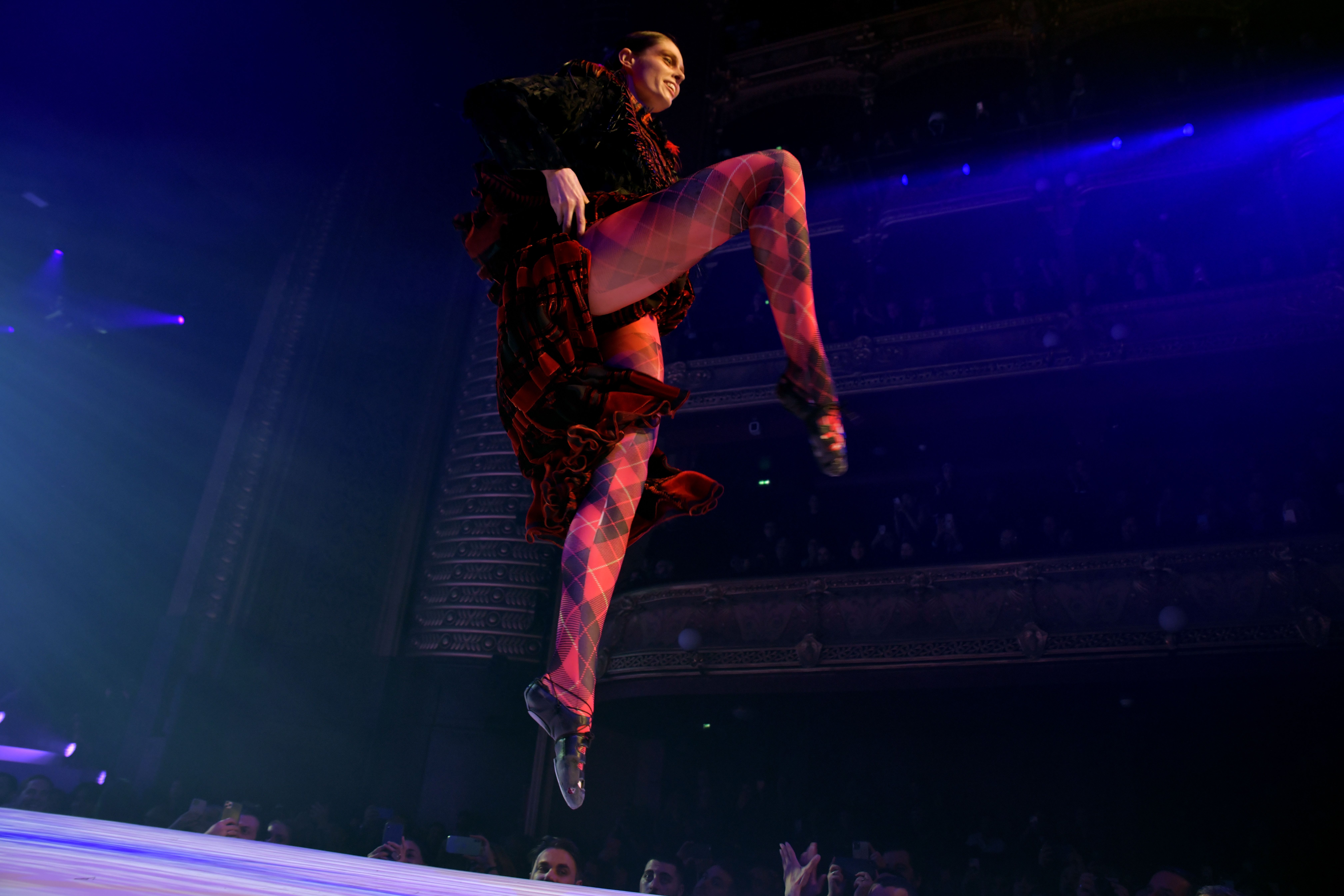 She launched her label, Sacai, in Tokyo in 1999 with five styles, introduced her first men’s designs in 2006, but didn’t hold her first runway show until 2011.

She has since gained a cult following for her deconstructed yet surprisingly wearable clothes, created by combining contrasting textures and proportions, and splicing together elements of different garments to create something entirely new.

“Ever since I started the brand, I have thought that I wanted to have a special kind of existence,” she said in a 2015 interview. “So I didn’t open my own shop [for a long time], and for example, it took a really long time for me to start doing runway shows. The reason for this is that I didn’t want to do things in a regular way, or in a way that everyone else was doing things. I was always thinking of a way I could do things that would go against people’s stereotypes or preconceived notions.”

In the same interview, she shared her views on collaborations.

“The basis for how I decide if I want to do a collaboration or not is just if it’s something I want or not — for example, things that I can’t make with Sacai,” she says. Her collaboration in 2014 with Birkenstock, she notes, came about because she wanted Birkenstocks that she would wear herself. “I’m very easy to understand — I just do what I like. That’s it.”

Before launching Sacai in 1999, Abe worked under Rei Kawakubo and Junya Watanabe at Comme des Garçons. 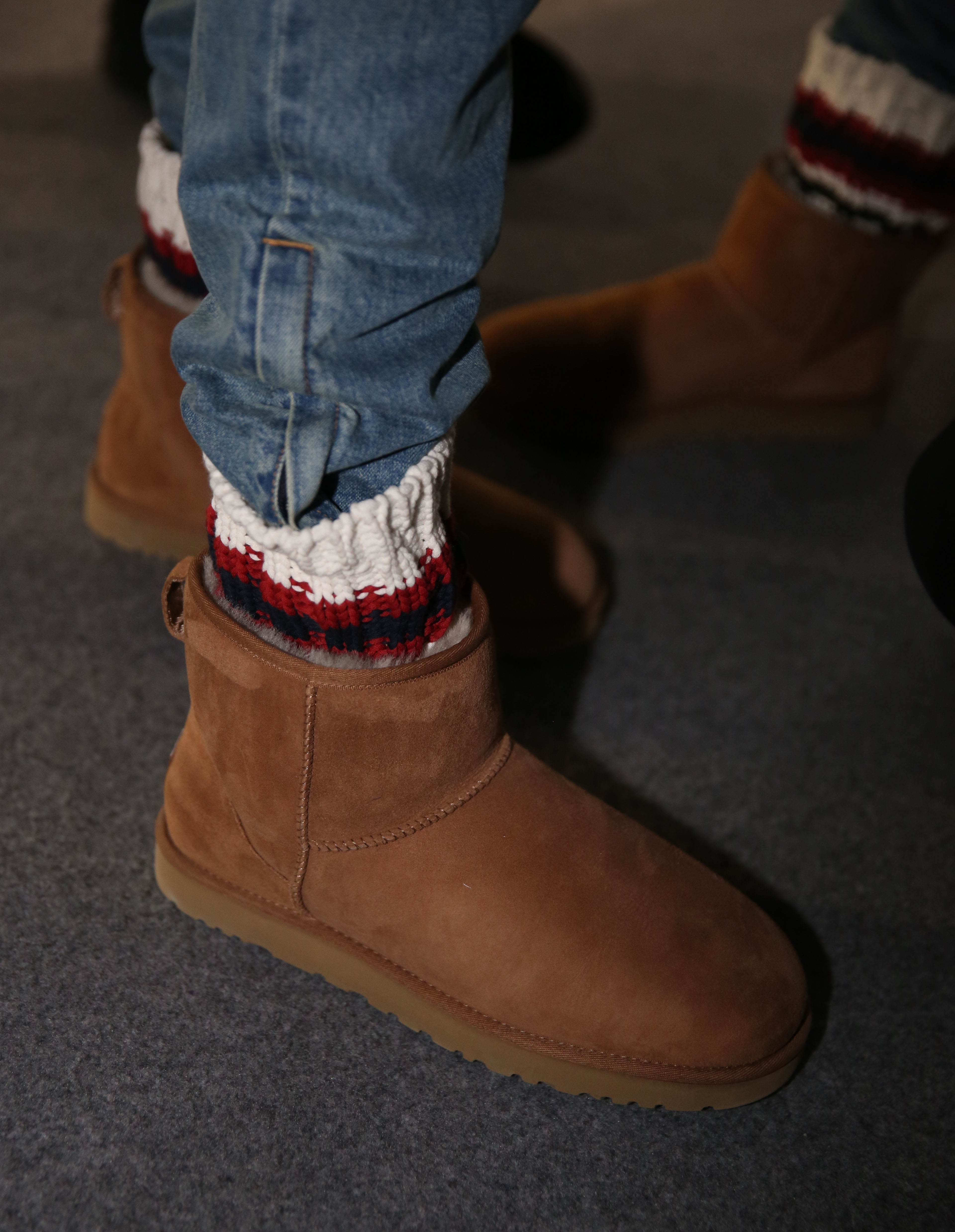 One of France’s most iconic fashion figures, famous for his tattoo prints and a subversive streak exemplified by Madonna’s cone bra, Gaultier started his company in 1976, and catapulted the French capital’s reputation for fashion in the Eighties alongside fellow fashion mavericks Claude Montana and Thierry Mugler. He established his beauty business in 1991.

In 2014, the designer halted his ready-to-wear collections to focus on couture and beauty. He has yet to articulate his role in the brand now that he has stopped designing collections.

In recent years, Gaultier poured his energy into his acclaimed fashion exhibition and, more recently, cabaret work. The latter, “Fashion Freak Show,” debuted at the Folies Bergère in Paris in October 2018 and recently had a successful run in Moscow and Saint Petersburg. An international version of the sometimes raunchy autobiographical revue should start touring in about a year’s time.

Asked in a 2017 interview how he chooses the projects he takes on, Gaultier replied: “I am lucky. All of the things I did — I was not scheduled to do them. It doesn’t matter if it’s not well-paid. It is not for the money. It’s for the pleasure, the excitement of doing it. I need that.”

He has been tapped by a range of brands for collaborations, notably Supreme in April 2019, and China’s Bosideng for down jackets. Meanwhile, he has continued to collaborate with music greats, dressing Madonna and Mylène Farmer on their recent tours.

But fragrances — headlined by the women’s Classique scent and Le Mâle for men — remain the biggest and most successful part of the business, which is majority-owned by the Spanish group Puig.

What’s Next for House of Gaultier?