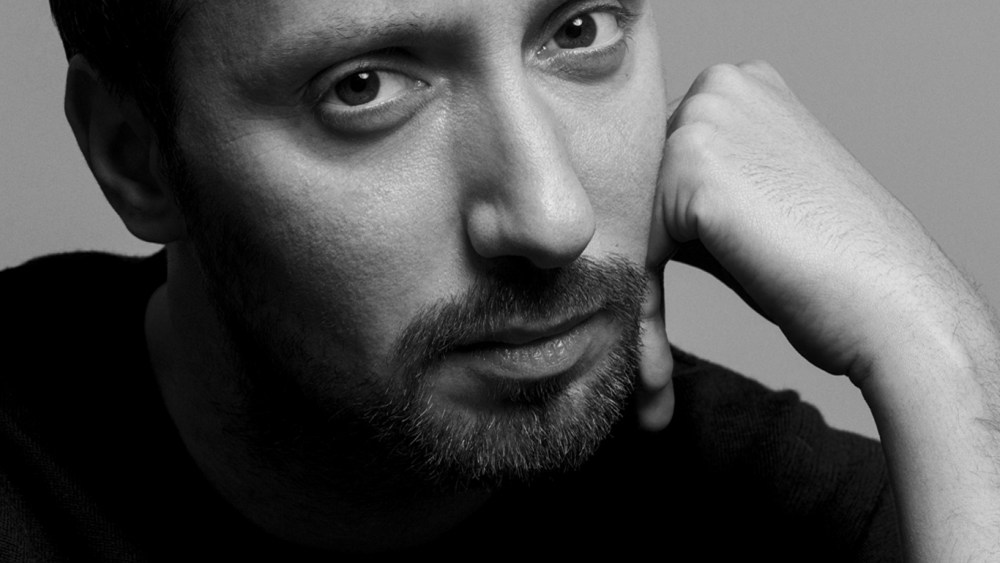 The fashion flock will find out come October when Anthony Vaccarello shows his first collection for Saint Laurent for the spring-summer 2017 season.

On Monday, Saint Laurent parent Kering said the 36-year-old Belgian would start as the French fashion house’s new creative director immediately, thrusting an unassuming, low-key designer into one of the hottest seats in fashion. WWD was the first to report on Jan. 13 that Vaccarello was poised to succeed Hedi Slimane, who had at that point failed to reach an agreement on a new employment pact.

On Friday, Saint Laurent confirmed that Slimane would exit as creative and image director at the end of his “four-year mission.” In another bookkeeping detail, Versace said Monday that Vaccarello, creative director of its Versus Versace brand, would depart the company “immediately.” Donatella Versace first tapped Vaccarello as a guest designer for Versus in 2013, and then named him its creative director last September.

The changing of the guard at Saint Laurent caps off six months of turbulence at the highest levels of Paris fashion, with Raf Simons exiting Dior and Alber Elbaz ousted from Lanvin and succeeded by Bouchra Jarrar. Dior has yet to name Simons’ successor.

It also represents another surprising appointment from Kering, which trusted inside man Alessandro Michele to impose a romantic, geeky and androgynous character on Gucci. The luxury group tapped underground hero Demna Gvasalia of Vetements as the new creative director of Balenciaga and women’s fashion buyer Justin O’Shea, who has no design experience, to steer its men’s tailoring brand Brioni.

Vaccarello is vacationing and was not immediately available for comment on Monday.

In a statement, he called the late Yves Saint Laurent, who died in 2008, “a legendary figure for his creativity, style and audacity. I am extremely grateful for the opportunity to contribute to the history of this extraordinary house.”

He is to “pause” his own brand from October and dedicate himself to Saint Laurent, a Kering spokesman said.

This echoes the situation at Lanvin, where Jarrar is to stop showing her signature couture and ready-to-wear lines.

Francesca Bellettini, president and chief executive officer of Yves Saint Laurent, called Vaccarello’s “modern, pure aesthetic” a “perfect fit” for the house. He “impeccably balances elements of provocative femininity and sharp masculinity in his silhouettes. He is the natural choice to express the essence of Yves Saint Laurent,” she added.

François-Henri Pinault, chairman and ceo of Kering, called Vaccarello a “vivid and young force” who would build “on the brand’s solid foundations, and further develop it to realize its full potential.”
Vaccarello joins a fashion house that has logged rapid sales growth during Slimane’s tenure.

In the fourth quarter, revenues at Saint Laurent catapulted 37.4 percent to 287 million euros, or $318.2 million, a 27.4 percent gain stripping out the impact of currencies.

Saint Laurent recorded revenues of 974 million euros, or $1.08 billion, last year with a network of 142 stores — far fewer locations than megabrands such as Gucci, Dior, Chanel or Louis Vuitton.

Yet the new creative director is up against the legacy of Slimane, an exacting imagemaker who exerted total control over Saint Laurent’s collections, ad campaigns, store design and communications strategy, linking the brand with his personal penchant for indie rock and California cool.

Vaccarello is known mainly for sharp, asymmetric tailoring and saucy dresses — not far from the aesthetic Slimane pumped out during his rock ’n’ roll-tinged tenure.

Mario Ortelli, luxury analyst at Bernstein, said Saint Laurent has reached such a “meaningful size” that it is not dependent on only “fashionistas,” cushioning it from a change in creative leadership. He noted that the customer spending 1,500 euros on a handbag is buying into “the desirability of the brand” rather than the designer behind it. Still, he said it’s important that Vaccarello “take a risk” with designs distinct from Slimane, especially in rtw where customers are “looking for newness.”

He noted that the most successful designers “are the ones who make a big discontinuity,” as Michele did at Gucci. The Italian designer “had a more difficult challenge because the brand was fading with many customer clusters.” By contrast, Luca Solca, managing director at Exane BNP Paribas, noted there is “clearly a risk” in changing the designer at Saint Laurent. “Slimane had been able to find the sweet spot to generate growth at the brand. This is rare, as the revolving doors in many creative directors offices are showing,” he said. “Brands are clearly the key asset. But you do need the right creative talent to make them relevant in the here and now to consumers.” He said management would need to “integrate” the new designer and come up with his “secret sauce” for the storied brand.

“He has a very feminine, short, leather-intensive style, so in that regard, the filiation is clear and one can imagine very well how he will build on the foundations laid by Hedi Slimane,” he said. “Having said that, I hope that Anthony Vaccarello will be capable of developing a slightly more extensive vocabulary.”

The fashion expert noted that an obsession with youth was an appropriate fit for the Saint Laurent brand, born during the heady Sixties. “The only way — in my opinion — of keeping alive the Saint Laurent spirit is to reconnect with what youth stands for today. In that respect, Hedi Slimane was quite successful and in principle, Anthony Vaccarello should carry on in that direction,” he added.
Chatenet said the appointment also indicated that designers were becoming secondary to the brands for which they design.

“Results matter increasingly, so I think designers’ personalities will continue to be relegated to a position of secondary importance,” he said. “It’s a movement that was started by Martin Margiela 25 years ago, but today, there is less and less interest in designers and an increasing focus on the clothes themselves.”

Beth Buccini, owner and founder of the Kirna Zabete boutique in New York City, was the first retailer in the United States to carry Vaccarello’s own label.

“Obviously, we are huge fans and as we heard the sad news about Hedi’s departure, we were super excited hoping that Anthony can jump in and take charge, so: really looking forward to seeing what he can do,” she said.

“Clearly, we’re big fans of what’s happening over at Kering — we sell nearly every single brand that they have. We’ve witnessed the star power of Alessandro Michele and just obviously they’re making great choices, so knowing that Anthony is a strong designer, and knowing that he has a great vision, I think that he will take the ball at Saint Laurent and run with it,” she added.

“The rapid turnover that we’ve seen is such a shame because I loved when people had loyalty and stuck around for many years, but that doesn’t seem to be the world that we still live in,” she said.