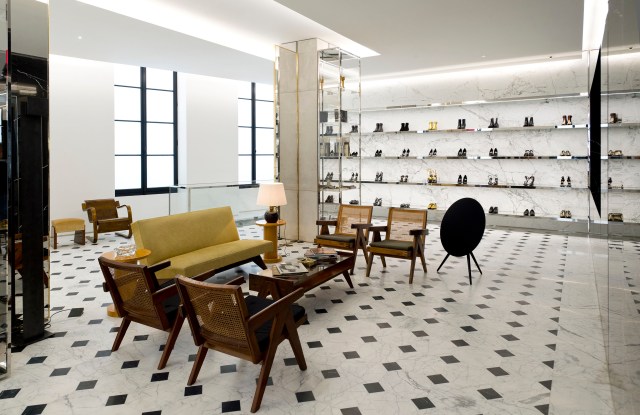 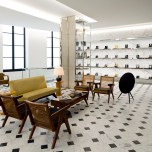 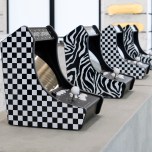 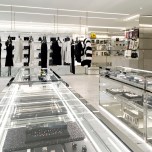 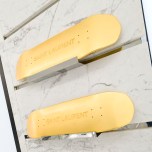 PARIS — Colette has left the building, but its spirit is alive and well: the space that housed the Paris concept store for 20 years will reopen on Saturday as Saint Laurent Rive Droite, a new retail format developed by creative director Anthony Vaccarello that will sell everything from Jean Prouvé chairs to Saint Laurent-branded condoms.

Billed as “a creative and cultural destination,” the new boutique and its sister unit on Rodeo Drive in Los Angeles, opening the same day, represent a departure for Saint Laurent, known for its minimal stores featuring acres of veiny marble and gleaming shelves.

In addition to offering a wide range of products — including limited-edition collaborations and rare books and vinyl — alongside women’s and men’s ready-to-wear and accessories, the Paris space will also house a takeaway coffee counter and a club that can be turned into an event space.

“The idea was to propose a larger vision of Saint Laurent beyond the clothes, accessories and campaigns,” Vaccarello told WWD in a rare interview at the brand’s soaring couture salons on Rue de l’Université, a few days before flying to Los Angeles for his June 6 men’s show.

“We want to be more immersive for the consumer, and possibly reach some people who wouldn’t necessarily come to Saint Laurent, but who could – through this boutique – better understand the universe I’m trying to create. Without imitating Colette, the idea was to have collaborations with brands that I love, and also make it a place for cultural events like film screenings and concerts,” he explained. 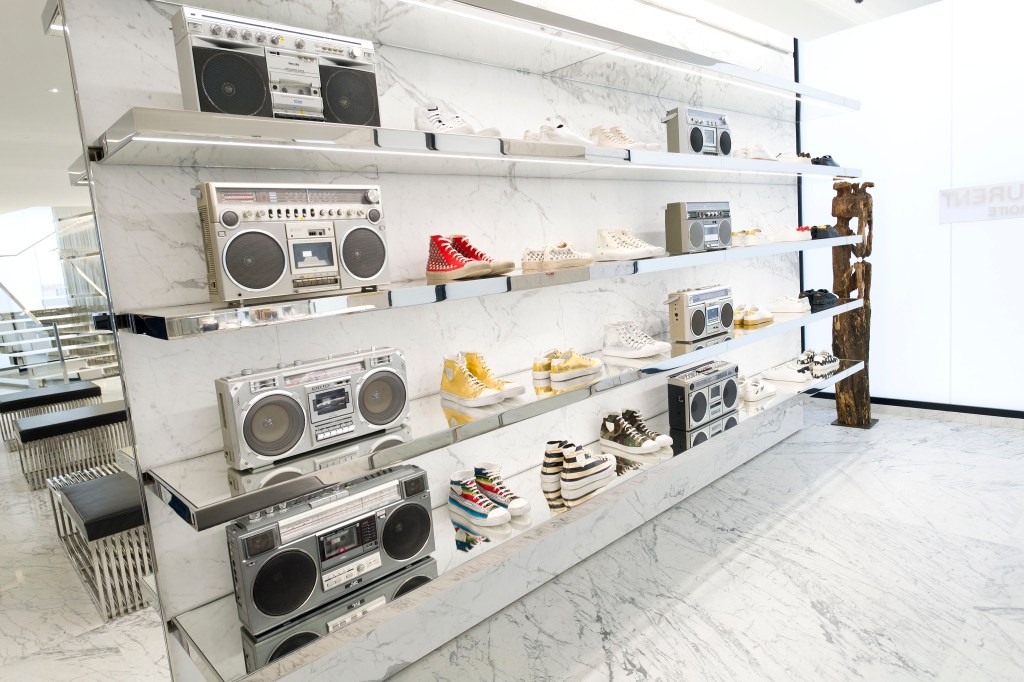 Saint Laurent has moved the main staircase of the store to the right of the entrance, working with glass and mirrors to create one of several light shafts in the building.

The vintage furniture dotted throughout the women’s department on the first floor — including a library-style table scattered with books — adds a warm, lived-in feel to the monochrome space. The men’s section in the basement has an edgier ambiance, with monitor screens flickering with film clips and an LED display board.

Though it has no seating, the café — which has a separate entrance — will feature residencies by cult eateries from other cities, Vaccarello teased. With its shimmering textured black walls, the pocket nightclub is guaranteed to become one of the most exclusive venues in town, with a capacity of just a few dozen.

Among the first events Vaccarello has planned is a screening of “Lux Aeterna,” the medium-length film directed by Gaspar Noé and produced by Saint Laurent that recently premiered at the Cannes Film Festival. Starring Charlotte Gainsbourg and Béatrice Dalle, it culminates in an onslaught of strobe lights and ear-piercing sounds.

The name of the store is a play on Saint Laurent Rive Gauche, the retail concept and collection that Saint Laurent launched in 1966, becoming the first couturier to open a ready-to-wear boutique. Though Vaccarello lives and works on the Left Bank, he sees more diversity on the other side of the river.

“My heart is on the Left Bank, but I think the Right Bank is more plugged into real life. It’s where young people hang out – it’s cooler,” said the soft-spoken designer, flanked by his pet bulldog Nino.

The choice of the second location in Los Angeles came naturally, as Vaccarello often spends time there and sees a parallel with Marrakech, the city that was a second home to Saint Laurent and his partner Pierre Bergé. “It’s a destination where the living is easy and people are more open than elsewhere,” he noted. 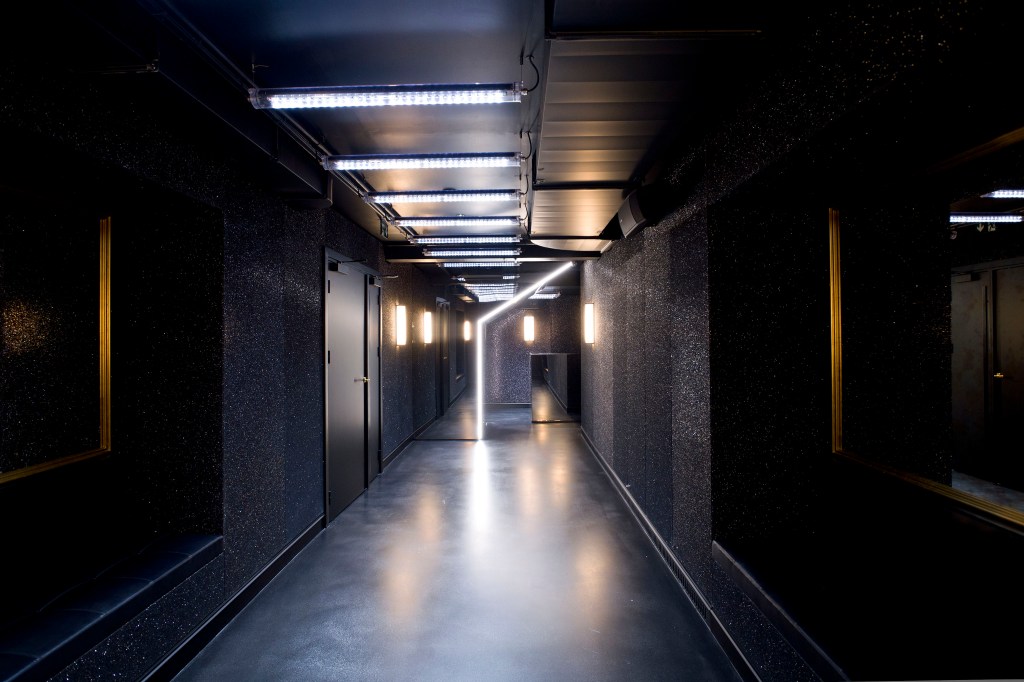 Saint Laurent plans to launch its own publishing imprint, and is working with rare book dealer Antoine de Beaupré on the selection of vintage books on sale at the store. “We really have some incredible books. I want to buy them all myself,” said Vaccarello, leafing though an art tome signed by Andy Warhol.

Self Service magazine has produced a special black leather-bound edition of its 25th anniversary issue, featuring only Saint Laurent ads, for sale exclusively at the store, alongside badges, stickers and other commemorative items.

The boutique will also sell original photographs, kicking off with an exhibition curated by Vaccarello and Hamiltons Gallery in London including works by Helmut Newton and Daido Moriyama, with whom Vaccarello launched his art project Self last fall with an exhibition during the Paris Photo fair. On the furniture front, the designer has chosen pieces by the likes of Prouvé and Pierre Jeanneret, with more to come.

“I have personally selected each object,” he said, adding that he was guided by the spirit of Saint Laurent, whose designs paid tribute to artists including Piet Mondrian, Warhol, Henri Matisse and Pablo Picasso. The late couturier was also a passionate collector of art, furniture and rare objects. 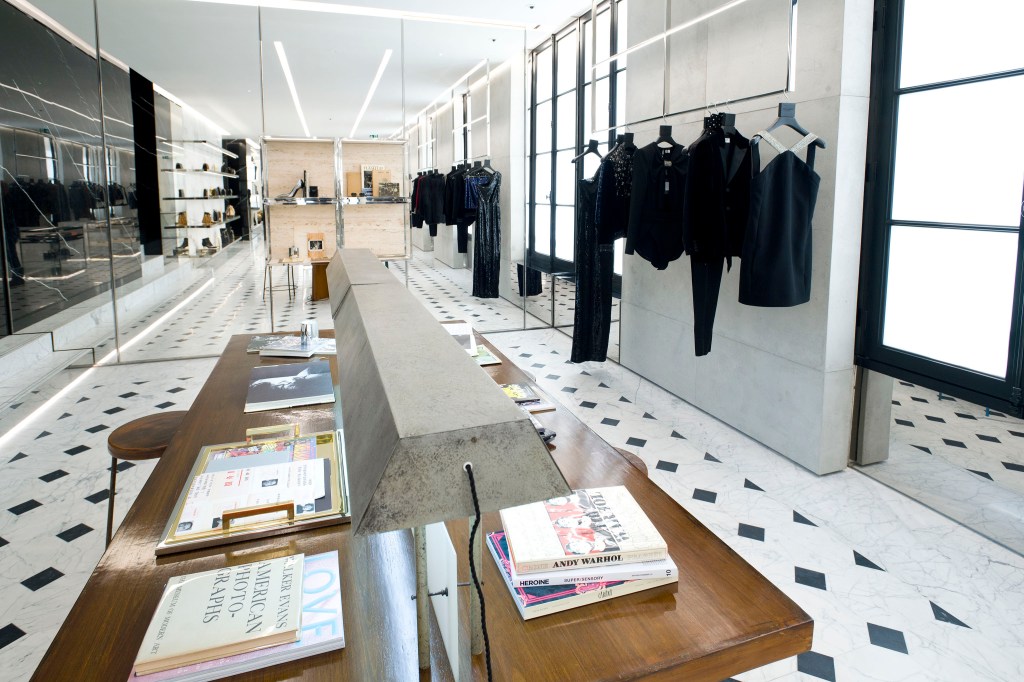 “From the start, I have always seen Saint Laurent more as an attitude, a spirit, rather than a literal reference to the past, so it’s really more of a lifestyle. He was very connected to the art world, so it’s about invoking that spirit,” said Vaccarello.

“He was very cutting-edge, very curious, which gives the house the legitimacy to tap into this spirit of curiosity, glamour and richness. There’s a lack of richness and a lack of interesting products in general,” he lamented.

Vaccarello said he hoped to bring back excitement to the luxury retail scene with the Saint Laurent Rive Droite store, which sits on a red-hot stretch of Rue Saint-Honoré across the road from Christian Dior Parfums, and a short walking distance from Place Vendôme and Place du Marché Saint-Honoré.

In the last year, the street has welcomed new flagships from Chanel, Giorgio Armani, Balmain, Marni and Serge Lutens, among others. But Vaccarello said he was fed up with the sameness of many boutiques.

“I think stores in general are boring. Everyone is copying everyone else, and everything looks the same. There is very little to distinguish one house from another. It’s as if people were losing sight of their DNA — everyone feels a little lost right now,” he said.

“There’s a rush to produce commercial merchandise and while that’s important, of course, I feel it’s dragging everyone down, and you end up with a sea of jeans, sneakers and T-shirts everywhere. To me, Saint Laurent is the only house where you can really dream and picture something different,” he added, noting the brand encompasses everything from T-shirts to haute couture. 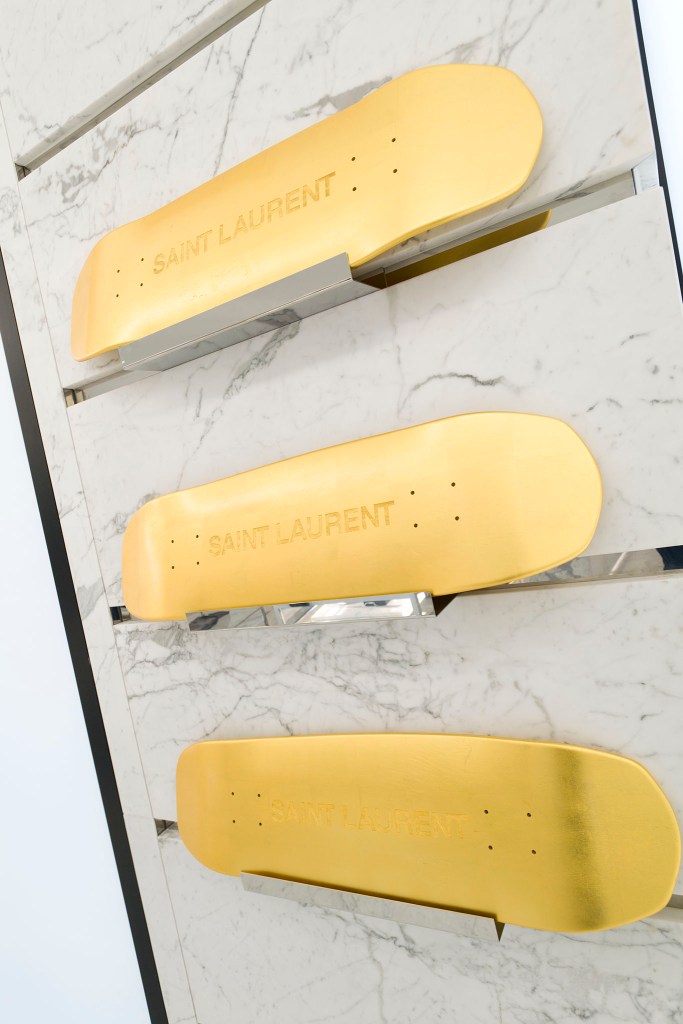 Saint Laurent hopes to keep customers coming back with its rotating window displays and permanently updated products and collaborations. Among the first are tabletop arcade games, produced with specialist Neo Legend, decorated with black-and-white zebra or checkerboard patterns and a backlit Saint Laurent logo.

On the tech front, the brand is teaming with Happy Plugs on headphones and cables, Leica and Polaroid on instant cameras, and Bang & Olufsen on speakers. For traditionalists, there will be Baccarat crystal tumblers, and a re-edition of a vintage Willy Rizzo ashtray embossed with the Saint Laurent logo.

“Saint Laurent is all about that mix — the new and the old,” Vaccarello noted. One-of-a-kind restored ghetto-blasters are displayed alongside colorful high-top sneakers on the ground floor, which is also home to handbags, eyewear and a turntable corner adorned with old hip-hop records and David Bowie picture discs.

“Everything is a limited edition, meaning that once it’s gone, it’s gone,” the designer said. “The idea is that you can drop in once a week and see what’s happening. The boutiques will also set the tone for the other stores, in the sense that they’ll be like laboratories where I can mix things a certain way and test ideas.”

He hopes the experiment will open the doors of the house to a new audience, in the same spirit as the blockbuster, open-air fashion shows he has staged near the Eiffel Tower, which draw crowds of curious onlookers. “We want this store to be inclusive,” he emphasized.

While some might be daunted at the prospect of adding retailer, publisher and film producer to their resumé, Vaccarello assured he’s not overthinking it. “I want everything to flow in a light and natural way. I want it to be instinctive. I really need that to keep going, to have fun and to tell stories,” he said.