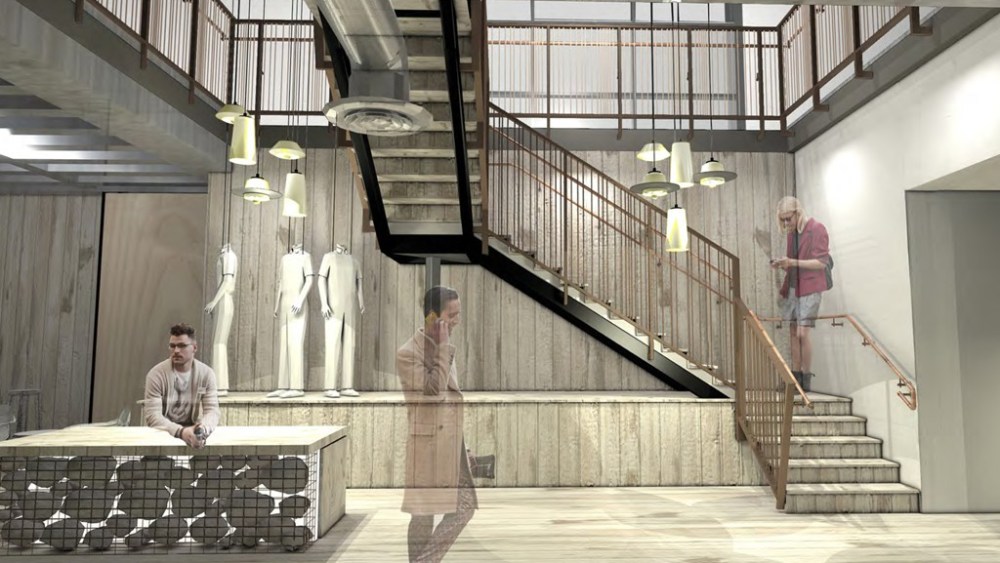 Saks Fifth Avenue has completed a major renovation of its Beverly Hills men’s store, creating what it calls a “stand-alone lifestyle store” under the name The Fifth Man.

The 54,000-square-foot, four-level unit on Wilshire Boulevard opened in 1995 in a landmark building that was designed by Timothy Pflueger and formerly housed an I. Magnin. The revamp includes several new designer shops, the largest men’s shoe presentation on the West Coast and a new underground home for denim and cocktails, called D-Bar.

“The store has very beautiful bones,” said Tom Ott, senior vice president and general merchandise manager of men’s wear. When it opened, Saks “put in some shops and enhancements to make it more masculine. But the business has changed and we’re trying to create a wonderful store that caters to the Beverly Hills and California market and is not New York-centric.” Ott said the redesign was executed by Los Angeles-based designers to ensure it has “a local flair. Even though we’re a big national company, we pride ourselves on understanding and assorting for local markets.”

In terms of merchandise, Ott said the first floor now offers “a big sportswear statement,” with new or renovated shops for Salvatore Ferragamo, Giorgio Armani and Brunello Cucinelli. “This sends a message of a more-casual lifestyle in Beverly Hills,” he said. “It’s still all about luxury, but it’s less serious.” He said a Zegna shop on the main floor will be renovated this spring.

“And we’ve really enhanced our footwear presentation,” Ott continued. “We have 680 sku’s of shoes, which our intelligence tells us is the most pairs of men’s shoes on the West Coast. It flows from sneakers to fine dress shoes. There are sneakers for $100 to hand-made Kiton shoes in the high-$3,000s. And there’s a big statement in designer footwear. It’s very dramatic.”

Newly added brands include Del Toro, Giuseppe Zanotti, Kiton, Louis Leeman, Martin Margiela, Pirelli and Riviera. Lanvin will be added to the mix in the future. The space is divided into three sections, one for classic brands such as Ferragamo, Rosetti and Pierre Corthay; one for designer brands including Gucci, Prada, Dior and Alexander McQueen, and one for contemporary brands such as Paul Smith, Vintage, Viktor & Rolf and Marc Jacobs.

The shoe department opened last week, Ott said, and business is “off the charts. We’re trying to push the envelope so it’s not so predictable.”

Also on the main floor, the company is opening the first hard shop for the Saks Fifth Avenue Men’s Collection, a line that  has grown into the company’s largest men’s resource since its introduction in 2009. The 2,000-square-foot boutique has taken the space formerly devoted to shoes. Ott said the New York flagship will add a boutique for the collection over the summer.

The lower level is now home to the company’s assortment of denim collections and contemporary apparel. D-Bar was designed by California architecture and design firm Marmol Radziner and includes a lounge with an orange-felt-top pool table; a floor-to-ceiling, street-art-inspired mural by artist Karl Clay; boardwalk wood walls; a neon light installation; custom and found furniture in velvet and leather, as well as decorative lighting from Marmol Radziner, Organic Modernism, Pfeifer and Moooi. A John Allan’s Salon was added as well.

“We really believe in the denim and contemporary business,” said Ott. “It’s been one of the fastest-growing categories for us over the last several years. This is our opportunity to take Beverly Hills to the next  level.”

Among the brands that are being offered are AG Adriano Goldschmied, Diesel, DL196, J Brand, Joe’s, Hudson, Nudie, Prps, Rag & Bone, Seven For All Mankind and True Religion, as well as new offerings from up-and-coming Los Angeles-based designers such as Diana Keinejad. “There’s a lot of exclusive product,” he added. “The assortment will be different than the other stores, even New York.”

On the second floor, which is devoted to more-classic vendors, the store has introduced Charvet, redone the Armani clothing shop, is planning a renovation of the Zegna shop and will install a Kiton boutique. “This is the floor for the guy who is more suited up,” Ott said.

The third floor is now devoted exclusively to “pure designer” merchandise. “Without denim and contemporary there, the offering is more polished. We have a designer room like we do in New York and there’s a new Hugo Boss Red shop.” Other vendors on that floor include Burberry, Dsquared2 and Ralph Lauren Black Denim.

In its totality, the store is being called The Fifth Man, a tag line conceived by Terron Schaefer, executive vice president and chief marketing officer, that is short for The Saks Fifth Avenue Man. “It calls attention to us as a men’s store,” Ott said.

Although the company declined to provide a volume figure for the store, Ott believes the renovation is “a great opportunity to showcase these brands.” He said the location in Beverly Hills is one of the “most competitive strips” in the country, with Neiman Marcus and Barneys New York flanking the unit. “We have to offer something new and unique,” he said. “So we’ll have the large brands we’re known for, but inject [the store] with some newness.”

Ott declined to say if any of the concepts that are being unveiled in Los Angeles will be rolled out to other stores in the chain. Saks operates men’s-only stores in San Antonio, Boston, Chevy Chase, Md., Chicago and Palm Beach, Fla. He also declined to provide details on plans for the company’s men’s store on North Michigan Avenue in Chicago, which sources said is the next unit slated for a change. “Chicago will be one notch up,” Ott said.

“There are a lot of things out there for men’s in the next 12 to 18 months,” he added. “Men’s has outpaced growth [at the company] and Steve [Sadove, chief executive officer] and Ron [Frasch, president and chief merchant] are putting capital into men’s. We have a lot of great stores, but they were built in the Nineties. They stood the test of time but we’re updating them to do something fresh and unpredictable.”

He said that while the other upscale retailers are strong competitors, “our biggest competition is online. So to drive traffic to our stores, we have to create theater and a certain service standard for our customer. That’s our great differentiator.”