Fashion houses wrapped up their foray into Milan’s Design Week on Thursday and Friday, with numerous cocktails and installations throughout the city.

By Luisa Zargani and Alessandra Turra and Cynthia Martens on April 15, 2014
View Slideshow 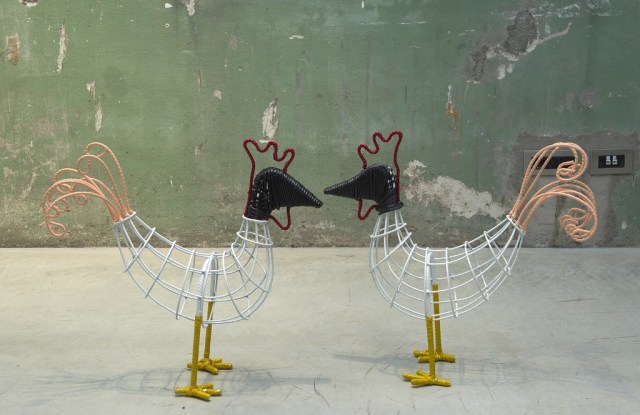 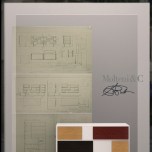 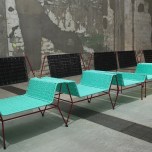 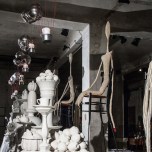 MILAN — Fashion houses wrapped up their foray into Milan’s Design Week on Thursday and Friday, with numerous cocktails and installations throughout the city.

Marni indulged its playful side with “Animal House,” a presentation of furniture and structures reproducing the shape of fauna including giraffes, rabbits and flamingos, all made of metal and brightly colored PVC for a new limited-edition charity project. “We collaborated with a group of Colombian women for these handmade pieces, giving them the opportunity to work, and part of the sales will be donated to Associazione Sogni Onlus, which helps terminally ill children,” said Carolina Castiglioni, director of special projects at Marni. “The collection reflects our ready-to-wear and how you can combine different items depending on your own personal taste.” Centered on the theme of asymmetry, chairs with two armrests are combined with those that have one armrest or small benches, for example, creating different compositions.

As part of its new Lifestyle Collection, Brunello Cucinelli introduced a Thanksgiving Book, with ways to express thanks translated in different languages on each page, and a phone and address book in collaboration with prestigious publisher and designer Franco Maria Ricci. The hardbound pieces are decorated with exquisite black-and-white prints. Lamps engraved with Latin sentences and made with wax that is specially treated to avoid melting, leather frames and bathroom accessories, including embroidered cotton washcloths, completed the brand’s selection of cashmere and linen pillows.

For the second year, Vionnet was the main partner of Rossana Orlandi’s exhibition at the Bagatti Valsecchi historic museum. The exhibition, “Untold,” featured a wide range of contemporary design works by international artists, tucked into the home’s existing Renaissance-era furnishings.

In addition to creating several chairs and massive chandeliers shown in the dining room, designer Jacopo Foggini concocted a large installation especially for Vionnet. With its blue-violet tinted methacrylate polychrome bases — one hanging from the ceiling and one placed on the floor, each composed of multiple fine stems — the artwork was intended as a reference to Vionnet’s famous pleating in fashion, said Foggini. “My wish is to make objects that are a bit timeless, that can work both in a historic abode such as this and in a very modern home,” he added.

Vionnet creative director Goga Ashkenazi said the brand would continue its involvement in Design Week in the future. “Generally speaking, we are always big supporters of the arts, and for me this is such an exciting week in Milan, for us being here it’s really incredible,” she said.

Audemars Piguet was also a partner in the exhibition, and showcased a selection of its watches in one of the museum’s rooms, where an artisan watchmaker was at work creating a Royal Oak Offshore model.

At its Via Manzoni flagship, Valextra presented the projects of the five finalists of a contest organized in collaboration with the Polytechnic University of Milan.

To celebrate its iconic “24 Hour Bag,” which won the prestigious Compasso d’Oro design award in 1954, Valextra asked students of the Milanese university’s Accessory Design course to rethink the bag in a contemporary way.

The winner of the contest, who will be revealed next week, will be offered a six-month internship at Valextra.

Back in Via Montenapoleone, crowds flocked to the Salvatore Ferragamo boutique to scope out architect Rodolfo Dordoni’s window installation, part of the “Elective Affinities” collaboration between the Florentine fashion brand and the Milanese Molteni&C, which reproduced several Gio Ponti furniture designs for the occasion.

Doldoni noted that through Ponti’s work, he wanted to underscore the creative link between Milan and Florence, Molteni&C and Ferragamo. “For me…the similarity between these two companies lies in their attention to detail, but more importantly, how long they have had this attention to detail,” he said.

Tod’s presented the Envelope Boat Shoe at its Via Spiga boutique. The brand’s staple deck shoe was reimagined by influential Japanese design studio Nendo, led by architect Oki Sato, who combined suede and soft leather, which wrap around the wearer’s foot — hence the moniker. The two materials are connected by side details such as the tie string of an envelope, for a shoe that is “not too casual and not too formal,” with an element of Italian craftsmanship, said Sato.