New York’s Lower East Side isn’t the most obvious retail location for a designer whose collection is sold primarily at Barneys New York, Ikram and Colette. 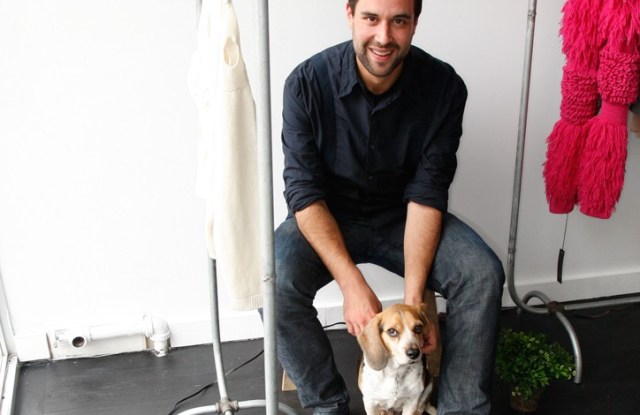 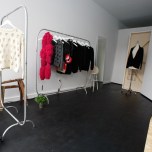 New York’s Lower East Side, while clearly a shopping destination for a certain crowd, isn’t the most obvious retail location for a designer whose collection is sold primarily at Barneys New York, Ikram and Colette. Then again, as Tom Scott, the avant knitwear designer who opened his first store Saturday at 55 Clinton Street, said, “I prefer an off place to something that’s so predictable.”

The space, formerly occupied by the boutique Dear 55, is Scott’s first stab at shop-owning, as well as his first proper studio. “I’ve always worked out of my home,” he said. “I’ve always wanted to have a small space where I could really show the aesthetic fully.” And at a total of 800 square feet, 300 of which is devoted to retail, the store is a tiny slice of Scott’s vision.

Still, he made the most of it, hiring Eri Nagasaka, a friend and interior designer, to make over the previously whitewashed box — resulting in an artfully minimal feel. The floors have been hand-burnt and charcoaled for a matte black finish, and the few tables are made from reclaimed wood. “I wanted it to look torched,” said Scott. And while the walls are still white, those that divide the store and atelier are actually giant blank painter’s canvases set on hinges so they can function as a dressing room when needed.

A self-confessed pack-rat and collector of odds and ends, Scott, a 2007 Ecco Domani Fashion Foundation award winner who worked at Ralph Lauren before going out on his own in 2004, is selling found objects (kitschy retro napkin holders, artsy balls of yarn) alongside his collection, which hangs on a spare rack along the left wall and retails for $100 to $3,000. For fall 2010, Scott will launch Repeat Performance, a collection of 20 archived styles that will be reissued, reworked and rotated on a seasonal basis. While he plans to sell the line internationally, in New York he wants to keep it exclusive to his store. Likewise for all the one-off pieces he has plans for, another perk of owning your own store. “Sometimes it’s nice if you can make just one,” said Scott. “I have a million ideas floating around in my head, and I want to actually start making some of them.”