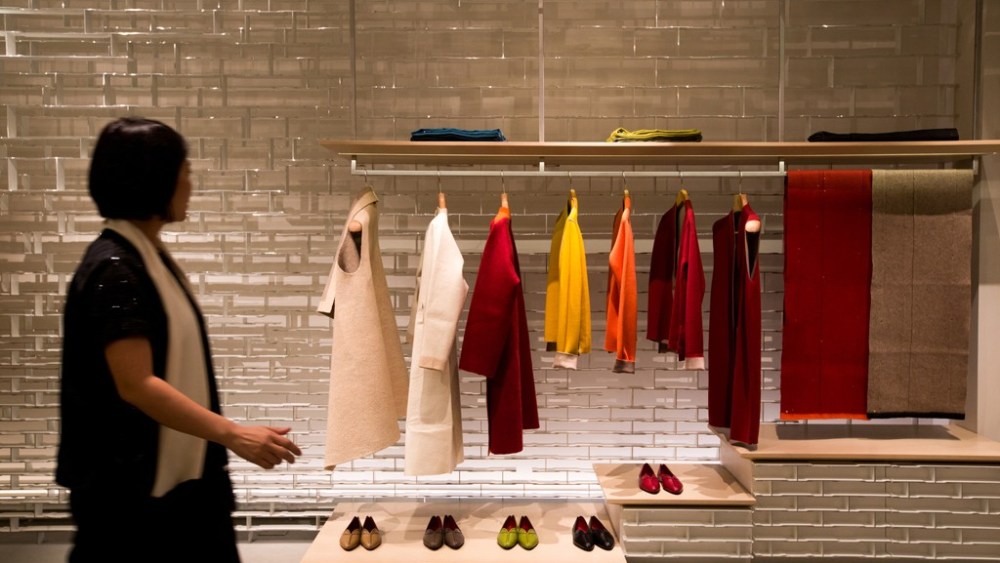 BEIJING — Shang Xia, the Chinese brand established by French fashion house Hermès International, has completed its first expansion with the opening of a boutique here.

“I am very proud. What I see here is a dream come true, and to tell the truth, it is beyond my expectations,” a beaming Patrick Thomas, chief executive officer of Hermès, said Monday, following an opening for media that featured former French Prime Minister Jean-Pierre Raffarin and France’s ambassador to China, Sylvie Bermann, along with two young Kunqu opera singers in elaborate makeup.

The opening, originally expected earlier this year, faced construction delays, and plans for Shang Xia’s next shop in Paris are now similarly delayed from late 2012 until mid-2013. Despite questions over the fledgling brand’s viability, Thomas conceded the project is a long-term undertaking. With profits still years away and a general cooling in China’s luxury market, the brand’s champions remain enthusiastic.

“We are not in a hurry to open the store. I think, in the end, the store is a place where people can come to collect cultural objects. This is a cultural project with a business aspect,” said Jiang, 36, who is also artistic director of the brand. “What we are doing is quite unique. This is the real luxury.”

Shang Xia, Mandarin for “up down,” has drawn some comparison with Chinese design house Shanghai Tang, the Hong Kong brand founded by David Tang that’s now controlled by Compagnie Financiere Richemont SA. Jiang rejected any comparisons; Shang Xia’s designs, she said, are drawn from a completely different era and spirit, with a goal that goes beyond commercial.

“We are not a common luxury brand. Shang Xia is a platform where we show the Chinese art of living with beautiful, quality, luxury objects,” Ms. Jiang said. “Shang Xia is based on Chinese craftsmanship, Chinese history, Chinese tradition, the Chinese art of living. Our mission is not only a brand, it is not only to make some style. It’s also to bring the craft, the tradition, into today and tomorrow.”

Reinforcing this message, Shang Xia has marked its Beijing boutique opening with the simultaneous staging of a special Contemporary Craftsmanship Exhibition in a traditional Chinese courtyard house at the back of Beijing’s Agricultural Exhibition Centre. Inside, designer Kuma has created a bamboo and stone oasis from the bustling city, showcasing both the portraiture of fashion photographer Paolo Roversi, who has also done Shang Xia’s hardcover heritage-album-as-catalogue, and Shang Xia collections including delicate bamboo-wrapped porcelain tea sets, jade and agate jewelry, a Ming Dynasty-inspired desk in zitan wood and a special-edition rocking chair, also in zitan, with bamboo.

The special exhibition will run until the end of October, accessible by private reservation only.

“I think China will conquer the world again, in the next 30 to 50 years, with our cultural renaissance,” Jiang said. “Today, many of the kids of the craftsmen do not want to continue. It is easier for them to work in a coffee restaurant. If they feel their know-how can have a larger use in our daily life, maybe more of them will be willing to continue with this way of life.”

At stake for Shang Xia and its major shareholder, Hermès, is the slowing demand for luxury goods overall in China. Retailers, including Burberry, are warning of lower earnings this year, in part because of China’s cooling economy; GDP growth in China is expected to hit 7.7 percent this year, still robust by Western standards but a long way from the double-digit growth seen in most of the last decade.

Hermès maintains it has not felt the slowdown and is making no change to plans for no more than one new store a year in Mainland China, aided by expansions to several existing stores.

“It’s our fastest-growing market in the world, and number one now,” Mr. Thomas said. “I don’t want to overexpose the brand. We need bigger stores to display a wider range of our products.”