The Chinese luxury brand established by Hermès International has opened its first overseas boutique in a bid to bring its craftsmanship to a broader audience. 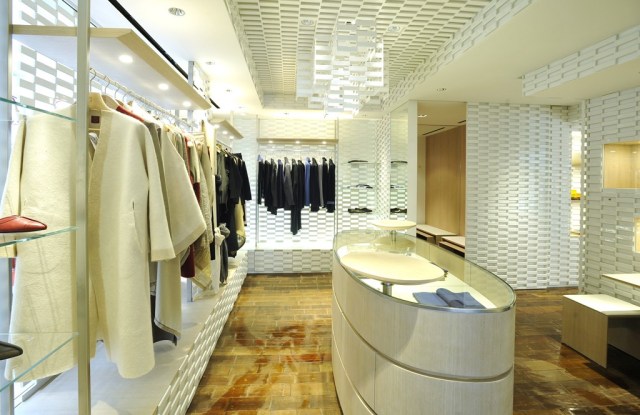 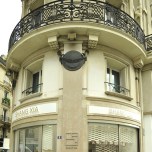 PARIS — Shang Xia, the Chinese luxury brand established by Hermès International, has opened its first overseas boutique here in a bid to bring its haute craftsmanship to a broader audience.

This story first appeared in the September 12, 2013 issue of WWD. Subscribe Today.

“Shang Xia is a house that was created on the basis of Chinese inspiration, but it’s an international house,” said Shang Xia chief executive officer Jiang Qiong Er.

“I think it’s important that we share the China of today not just with the Chinese, but with the rest of the world, too. The people of Paris are very sensitive to quality, poetry, culture, beauty and love. We are looking for a place to share this culture with an audience that is receptive to all of this,” she added.

Jiang noted that the store’s address — 8 Rue de Sèvres — is particularly auspicious, since eight is a lucky number in Chinese culture.

The 750-square-foot curved space, which, like the brand’s two existing stores in Beijing and Shanghai, was designed by Japanese architect Kengo Kuma, is divided into three sections offering accessories, ready-to-wear and home wares. They are separated by delicate porcelain partitions designed to look like slatted screens.

Inside, customers can find everything from a seamless black cashmere felt coat, priced at 4,600 euros, or around $6,100 at current exchange, to a gold charm bracelet that retails for 6,450 euros, or $8,550. Objects for the home range from streamlined furniture, made of rare zitan wood, to so-called eggshell china.

To coincide with the opening, Shang Xia is hosting a temporary private exhibition with demonstrations by craftsmen in a neighboring building with a glass roof.

Leading the way through the space, fragrant with the scent of bamboo screens, Jiang picked up a large porcelain bowl, flicking a finger against its feather-light surface to produce a deep hum. “This is really an object that needs to be made not only with the hands, but also with the spirit and heart, in total harmony,” she said.

Shang Xia employs a permanent team, backed by a panel of 30 experts including historians and museum curators, to track down craftsmen who still possess traditional skills, many of which were lost during China’s Cultural Revolution.

“The biggest challenge is not to find them, it’s to make them evolve and embrace contemporary design, to create modern functional objects,” said Jiang, who started out creating window displays for Hermès stores in China, before being tasked with the launch of the new brand.

With the sharp improvement in purchasing power of recent years, Chinese customers are once more embracing their heritage. “It takes time for the Chinese to enter this house, but once they are in, they never leave again. This has been a cultural surprise for them,” she said.

For instance, Jiang noted, there is a waiting list of 50 people in China for a porcelain tea set decorated with bamboo weaving that retails in Paris for 4,000 euros, or $5,300. The 16-piece service takes around two months to make, rivaling even the time it takes to produce one of Hermès’ coveted leather handbags.

This painstaking production process, involving some 30 different crafts, limits the brand’s prospects for future retail expansion. For the time being, Shang Xia plans no further overseas units, but it will move its Shanghai store to a bigger space in October 2014.

Jiang said eventually she hopes to open a training facility for young people.

“The real challenge is to create a development system so that our craftsmen can grow at the same pace as us,” she said. “I prefer to go slowly. We are trying to do everything as well as possible, and we are just starting out. We need time to learn and evolve. We are really not worried about becoming huge.”