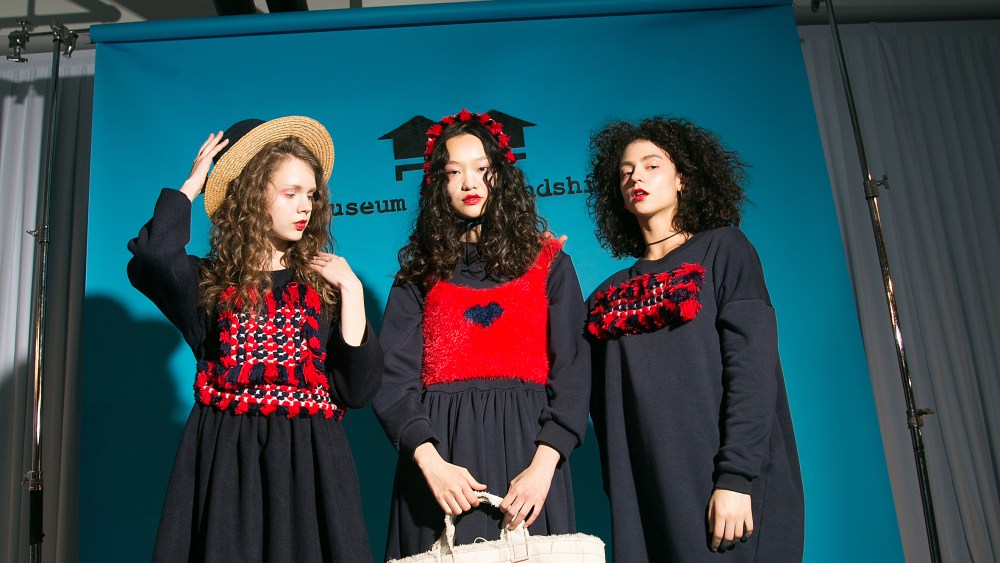 After more than a decade of finding its identity, Shanghai Fashion Week has decided its smartest bet is to position itself as a platform for the best in Chinese independent design.

With a significant homegrown fashion scene, as well as a growing number of graduates pouring in from the world’s leading fashion schools and launching their own labels, there is no shortage of talent in China. But there is still something of a shortage of designers being able to take the next step from talented graduate to big-time brand.

This season, Shanghai Fashion Week also branched out to different locations for events, so in addition to traditional shows in the tents at Taiping Park in the upmarket Xintiandi district, brands could utilize the more flexible “presentation” format at the former “China Baptist Publication Building” in an area to the north of the Bund that is currently under regeneration.

Here, WWD picks some of the best presentations and shows.

After a lengthy apprenticeship working with Ma Ke at Exception de Mixmind, Ban Xiao Xue has spent the past few years building his own brand, which is marked by a definite aesthetic influence from Exception. Generally working with free-flowing silhouettes and natural fibers, the collection, with its added injection of playfulness, was something of a departure. The theme was romantic love and the concept was to showcase essentially the same item of clothing — a single-breasted winter coat worn by models over a nude body stocking. Each coat was differentiated with the use of different materials, embroidery, appliqué and color combinations.

One of a coterie of young Chinese designers with Central Saint Martins credentials, Black Spoon’s Moti Bai added a touch of Victorian Gothic romanticism to Shanghai Fashion Week with a collection laden with draped velvet in deep jewel tones. Volume is the name of the game for Bai, with cocoon shapes and exaggerated proportions as a usual part of her collection. Many of Black Spoon’s looks wouldn’t be out-of-place among the Gothic Lolitas of Tokyo’s Harajuku, though some pieces were brought back from the conceptual realm with a sleek pinstripe, or well-tailored, double-breasted jacket.

Guangzhou-born designer Zhou Xiaowen learned her craft working for John Galliano and Thierry Mugler before launching Hiuman in 2009. Particularly over the past two years, she has made serious inroads in pushing her vibe of streetwear for nerds to an international audience, with stockists including Opening Ceremony. This fall collection had more of an urban feel than previous efforts and took inspiration from Bruce Lee-era kung fu movies, with a retro Instagram filter palette.

Central Saint Martins alum Momo Wang has been building a world full of childlike wonder and adventure with her Museum of Friendship label, which has a decidedly color-saturated girl gang feel. Wang’s pinafore dresses, bomber jackets and beanies are all made in her hometown of Jinzhou, in China’s northern region. Her Shanghai Fashion Week show took on a presentation format, with models posing for photographers in a faux-studio setting.

This Australian-Chinese label is based near the southern manufacturing hub of Shenzhen and is becoming known for men’s and women’s collections with a neutral vibe and textured fabrics. The tunic tops, crossover jackets and high wrap skirts are distinctly wearable, with comfort at front of mind for designers Kain Picken and Fiona Lau. Natural fibers — chunky knits and woven cotton — are layered to casual and cozy effect in this fall effort.

Formerly known as a men’s wear designer, London-based Makin Jan Ma presented a show of largely unisex looks — oversize, fuzzy moto jackets, sloganeering sweaters and layer upon layer of colors and patterns, teamed with high-top sneakers. There is a sense of humor in all of Makin’s collections and a sense of exaggeration — whether it’s proportion, prints or iridescence.

Launched by London College of Fashion graduate Yirantian Guo in 2014, this fall collection from Yirantian featured plenty of luxe fabrics and strict tailoring. Materials such as leather and fur played up Guo’s signature clean, modern lines, with designs often falling to midcalf. Monochrome is another Guo signature, with a strict color palette of black, white and brown.

Also known in English as Jenny Ji, the designer has long appealed to a stratum of Chinese women who love their luxe, modern treatments of traditionally Chinese motifs. She is at her best when she lets her feminine silk chiffon fancies fly, and this collection had plenty of flowing silhouettes, with a continued influence from ath-leisure that Ji has introduced in recent collections. Highlights included silky bomber jackets and accents of fringe, feathering, leather and gilded embroidery.