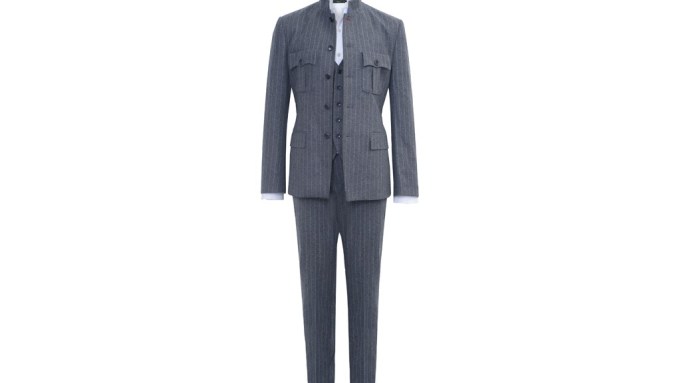 LONDON — Shanghai Tang is revving its engines in preparation for its 20th-anniversary celebrations in October. A major runway event is in the works, new collections set to launch and there are plans to push further into Europe.

On Oct. 24 in Shanghai, the brand plans to unveil China Fashion Chic, a large-scale runway event that aims to elevate top homegrown talent — in addition to its own. As part of the event, Tang has asked three designers — Masha Ma, Wang Peiyi and Tang’s women’s designer Joseph Li — to develop capsule collections that blend their aesthetics with the Shanghai Tang DNA.

“One of the main challenges for the fashion industry in China is the lack of public relations platform there — or in the East. We do not yet have a critical mass of designers, so they all have to go to London, Paris or Milan to show,” said Raphaël le Masne de Chermont, the brand’s executive chairman, in an interview. “What we want to do is create the basis of what could be a platform for tomorrow,” he told WWD.

There are also plans to build on October’s event, and create the China Fashion Chic awards ceremony, fashion academy and young designers’ competition — and eventually to take the event to cities such as Milan, Paris and London.

Le Masne de Chermont said it’s also the right time for Shanghai Tang, which was founded by David Tang and is owned by Compagnie Financière Richemont, to turn up the volume in Europe.

“A few years ago, we twisted the brand in a more contemporary way, and now Mainland Chinese are our number-one customers. In the beginning, the brand was geared toward travel retail, and toward Westerners traveling in Asia. But that was not scalable. What we have now is scalable. It’s time for us to step up and go into the big fashion world, time to raise the flag and show the world that we have been growing significantly,” he said.

Over the past two years the brand has opened flagships in Shanghai and Hong Kong, and has more than 45 boutiques across Asia. “In 2015, we will be coming to the West with new concept stores — the first of which will be in London.” He added there are even plans to “slowly open up some categories to wholesale.” He said they would most likely be homeware and accessories.

Later this year, Shanghai Tang will mark its two decades in business in a number of other ways. A limited-edition pair of sunglasses, a collaboration with the Australian label AM Eyewear, is in the pipeline. The lightweight glasses, which are based on classic Chinese round frames, have mirror lenses and a strong eyebrow shape. Tang is also planning to launch 10 mandarin-collar jackets in Pop Art colors or Liberty prints, and in materials such as pink velvet and orange leather.

Tang has also collaborated with the Shanghai-born contemporary artist Jacky Tsai to create an original series of six works inspired by nature and “reflecting the optimism of modern China,” according to the brand. The works of art will be sold and also adorn Shanghai Tang merchandise, such as cashmere shawls, bangles, lacquer boxes, notebooks, clothing and tea sets.