Retail has always been a critical element in promoting Gucci. 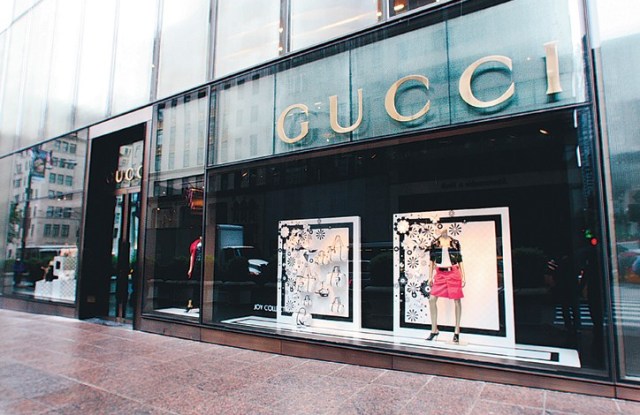 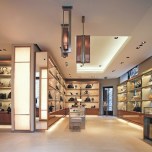 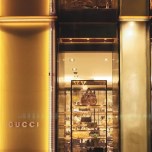 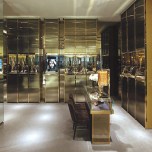 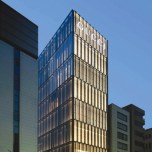 When Guccio Gucci opened his first shop in Florence in 1921, he set the tone for the company as a vertical retailer.

Since then, retail expansion has been a priority for the company, a pioneer in globalization. Gucci opened its first store outside Italy at New York’s Savoy Plaza Hotel on East 58th Street in 1953. Guccio’s son Aldo, the strong-willed company chairman at the time, further pushed the business’ international boundaries through the Fifties, Sixties and Seventies.

In the following decades, Gucci never strayed far from the guidelines set by the founding family, with its long-term view of its retail business and tight control over the brand and its distribution; by partnering locally when needed to better understand local clientele, and in its approach to new luxury markets.

Today more than 70 percent of Gucci’s revenues are generated from its own stores, which totaled more than 310 at the end of 2010.

“A company such as Gucci must continue to invest, open stores, relocate and refurbish without stopping,” Patrizio di Marco told WWD in April 2009, in his first interview since taking the reins as Gucci’s chief executive officer four months earlier.

In tune with Gucci’s focus on retail, Frida Giannini, creative director since 2005, swiftly began to leave her mark on the brand’s store concept.

With a celebratory party for 800 and a performance by Mary J. Blige, the company unveiled its Gucci Ginza flagship in Tokyo in November 2006. The 11,000-square-foot store covers five of the eight floors in a glass building the company built from scratch, with more than 40,000 square feet of additional space allotted for the brand’s Japan offices. No expense was spared; the land alone cost more than $80 million.

Mark Lee, ceo at the time, and Giannini, who masterminded the interiors, tapped James Carpenter, an architect who built his reputation on glass, to design the multifaceted exteriors of the flagship, conceived to be superluxurious, with silk robes in the fitting rooms and Guccissima leather shoehorns.

In the name of continuity, architect William Sofield, the man who translated Tom Ford’s sultry elegance and store design concept of steel and bitter-chocolate browns, forged the interior of the store in lighter and warmer tones, as per Giannini’s guidelines. Brushed nickel with touches of shiny or matte gold replaced the hard-edged glow of mirror-polished metals.

Classic Gucci materials such as rosewood — a fixture in the Sixties and Seventies — velvet mohair upholstery, and travertine marble were maintained, yet a notch lighter. Thick and soft moquette alternated with butter-colored marble. A cafe, the brand’s second after Milan, opened on the fifth floor, and the first Gucci gallery was located on the eighth floor.

In fall 2007, Gucci entered India, opening its first franchised boutique in Mumbai, followed by two in New Delhi. The sprawling single-story, 3,400-square-foot Mumbai venue was modeled after the Ginza store, but the company adapted to the location with custom designed chocolate brown turbans for the staff. These stores were under a two-year franchisee relationship with Murjani.

Following that agreement, Gucci entered the Indian market with a directly owned store in New Delhi via a venture with entrepreneurs Reena and Ashok Wadhwa. Gucci held a 51 percent stake in the business, the maximum allowed to foreign companies in India.

“We do believe that India will definitely become an important market for the industry in the long-term,” said di Marco at the time. “Indians have a sophisticated taste for luxury goods, and we have been working with Indian customers in key European locations for years. Gucci’s unique combination of luxury heritage and fashion authority certainly has strong appeal for consumers in this market.”

Despite economic doldrums, in 2008 Gucci reached out to new markets, opening stores in cities as diverse as Prague, Budapest, Munich, Macau, Cape Town, and Auckland, New Zealand. The firm looked to seize new opportunities while continuing to develop existing boutiques and markets at the same time.

Indeed, the biggest event that year was the opening in February of a new three-level, 46,000-square-foot flagship in New York, marked by a fund–raising event headlined by Madonna and a star-studded party.

Located in Trump Tower, at Fifth Avenue and 56th Street, the store remains Gucci’s largest in the world. Giannini, who said at the time that her “second passion in life” was architecture, further explored and developed her aesthetics. Design elements included a subtle double-G-patterned carpet, the iconic web stripe etched into the frames of the glass fixtures, white marble floors, Art Deco-style sofas, chaise longues and dark rosewood cabinets. Rome’s renewed store on Via Condotti reopened at the same time, and all other locations were to be modeled after the New York and Rome banners.

Gucci has also been investing in its own stores, buying back its franchisees whenever possible, as in Munich in 2008. In December 2010, the firm directly entered the Greek retail market through a joint venture with local partner Charagionis Group, following a multiyear franchisee relationship with the same company.

Last fall, Gucci extended its U.S. footprint with an 11,000-square-foot store in Las Vegas, in the Crystals at CityCenter, and a 6,445-square-foot boutique at North Park Center in Dallas.

To celebrate the latter’s opening, the company had Gucci craftsmen assembling handbags in the store as part of its Artisan Corner program. The artisans traveled to the San Francisco, Beverly Hills, Chicago and New York stores, as well to as those in Tokyo, Osaka, Rome and Paris.

Among the featured sneakers are two styles designed by Giannini in collaboration with DJ, music producer and sneaker enthusiast Mark Ronson. The Gucci Ronson sneakers include a high-top boat shoe in gray herringbone tweed.

Said Giannini: “The whole point of the pop-up stores is to communicate with and create an environment for younger customers and, in particular, fans of music.”