Tony Ward and Zac Posen were among the newcomers at the bridal trade show.

MILAN — “The show went very well. This was an extremely important edition for us because we introduced several changes,” said Elena Jemmallo, Sì Sposaitalia show manager.

In particular, with this edition, the four-day bridal trade show, which closed here on April 8, unveiled a new layout with the booths designed as charcoal gray boxes and organized in areas highlighting the market positioning of the brands showcasing their bridal collections at the fair.

“Many exhibitors told us that the new design and setup of the booths facilitated their trading and of course we are very happy to hear this,” Jemmallo said. Sì Sposaitalia welcomed 10,279 visitors, 30 percent of them coming from international countries. In particular, the most numerous visitors came from Japan, followed by Germany, Spain and the U.K. In addition, the number of Russian visitors doubled compared to last year. 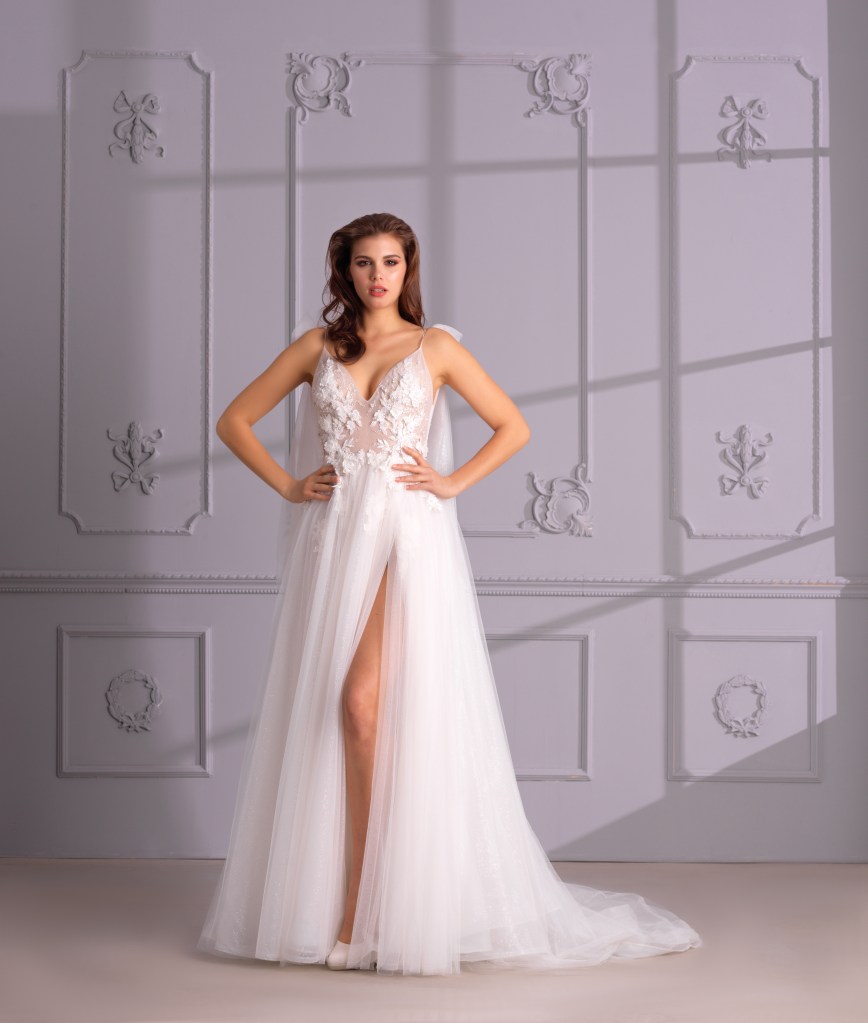 “We saw a lot of Asian buyers, however we expected more European retailers,” said Gino Signore, owner of Naples-based bridal company Maison Signore, who appreciated the new layout of the show. “I like that the booths look like small boutiques.”

Positioned in the luxury segment of the bridal market — the average price is between $4,000 and $8,000 but bespoke styles retail up to $20,000 — Maison Signore serves about 80 stores in the world with a focus on Japan and the United States, where the brand is available at Kleinfeld. “Kleinfeld is a great business partner and we organize trunk shows with them,” Signore said, revealing that the New York bridal retail mecca is planning to dedicate a customized shop-in-shop to Maison Signore.

The company, which for the first time is exhibiting at the Barcelona Bridal Fashion Week later this month, aims not only to expand its presence in the Far East and Russia, but at the same time is looking for locations in Rome and Milan to enlarge its retail network, which counts three flagships in Naples.

Even if she lamented a lack of “international buyers at the trade show,” Bellantuono appreciated the Sì Sposaitalia layout. “It makes all things look fresher and more modern,” she said. “We are aware that the bridal world needs to be snazzed up.”

Bellantuono not only produces its namesake label, but also manufactures and distributes under license the bridal collections of Blumarine and Roberto Cavalli. “We are eyeing new labels to expand our portfolio,” Bellantuono said. “But we consider only brands which have an aesthetic strongly linked to the bridal world.” 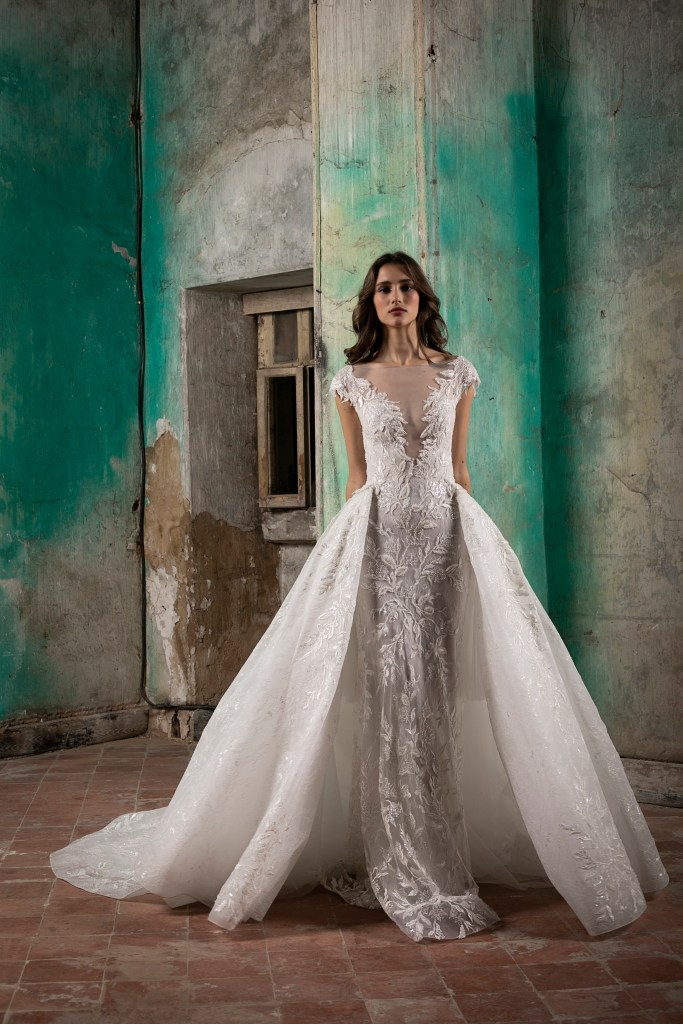 Boosting business in the U.S. is among Antonio Riva’s main goals. “We already have distributors and clients in the American market, but we would like to be more incisive,” said the designer, who showed his namesake line at the fair and at his Milanese atelier.

Riva was particularly pleased by the trade show’s “more appealing and refined” layout and by the return in attendance of Chinese and Japanese buyers. In particular, Japan is the company’s best-performing market along with the domestic one.

Although Italian and Japanese consumers have different demands, Riva said this doesn’t impact his creative process while conceiving a collection. “They appreciate what I do, so they know what they are getting. We can make minor adjustments in cuts or necklines but the designs don’t change,” he said.

Attending for the first time a trade show, Beirut-based luxury fashion and bridal brand Tony Ward was among the international stars at Sì Sposaitalia, where the eponymous designer brought his second line, called Tony Ward Bridal, wholesaling at about 1,700 euros.

In particular, the collection that Ward presented in Milan saw the debut of a new technology developed with YKK, which enables brides to unzip their overskirts, transforming their wedding dress. 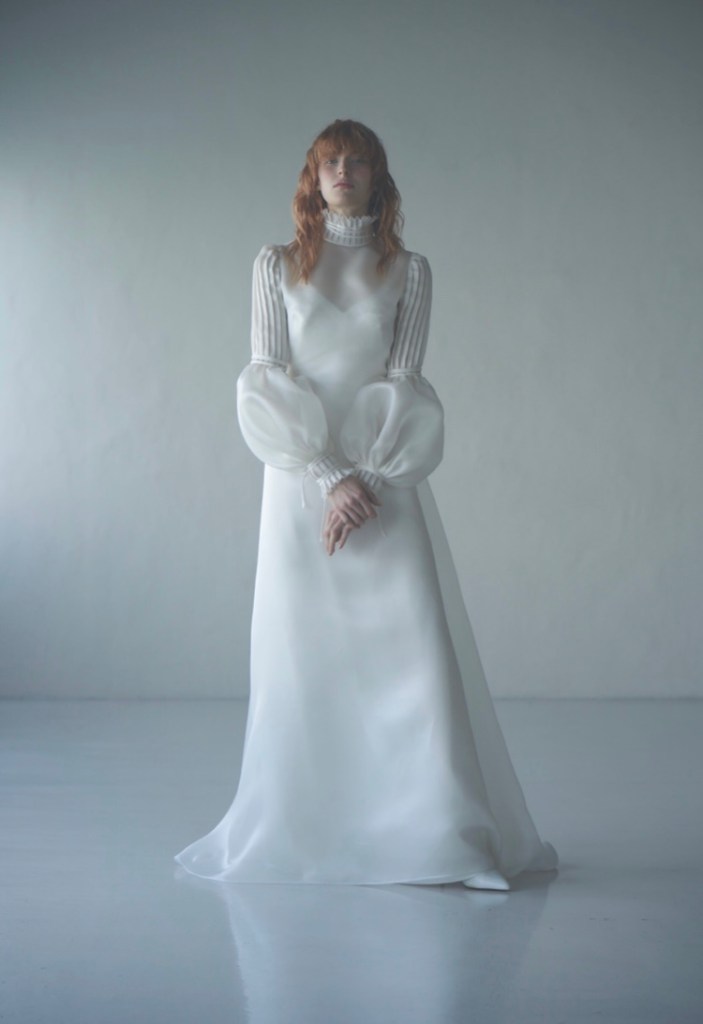 Along with the Zac Posen brand, which presented timeless, elegant and feminine styles, Japanese bridal designer Yukinori Morinaga also made its debut at Sì Sposaitalia this season.

Despite his initial concerns, Morinaga attracted the interest of the trade show’s attendees with his clean and demure collection that offered an alternative aesthetic to the revealing designs presented by Italian companies.

Having a business mainly driven by the Japanese and Hong Kong markets, Morinaga said he will return to the trade show next year to expand its reach and further engage with European distributors.