Luxury retailing in this city-state is making a strong recovery from last year’s recession. 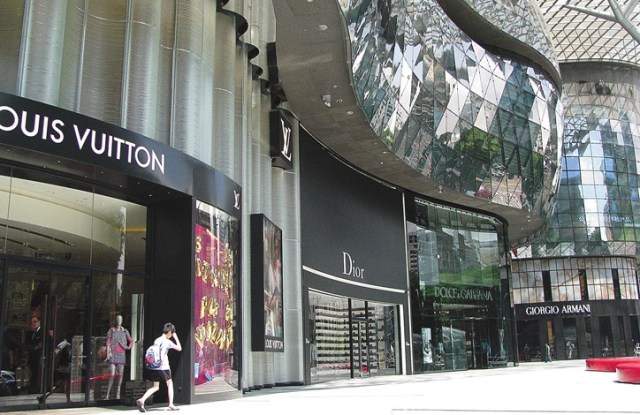 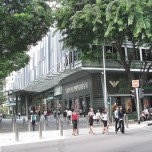 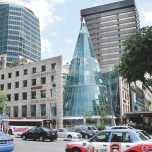 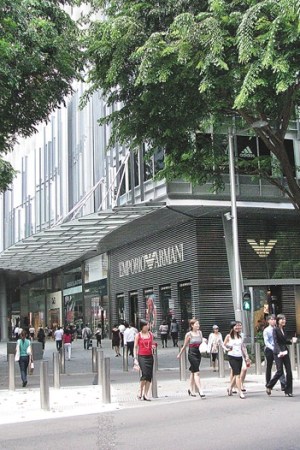 Shopping is busy in Singapore’s glitzy malls on Orchard Road.

SINGAPORE — Luxury retailing in this city-state is making a strong recovery from last year’s recession and as travelers bypass troubled Bangkok for other cities in the region, Singapore is profiting.

The number of regional tourists coming to Singapore increased 40 percent since April when the Bangkok antigovernment protests gained ground, said Tony Aw, senior inbound manager for Hong-Thai Travel here. What normally was 5,000 to 6,000 visitors from the region coming into Singapore weekly has swelled to 8,000 to 10,000 visitors a week, he said.

Not all regional travelers have diverted from Bangkok to Singapore, as some have rescheduled their vacations to Malaysia, Bali or Thai beaches, said Stephanie Wong, head of research at Kim Eng Securities here. Also, many of the luxury shoppers are continuing to visit Hong Kong and Tokyo, as well, she said.

“With the situation in Bangkok, a good alternative has been Singapore,” Wong said. “We’re seeing more visitors from Korea, Hong Kong, China and Japan as Bangkok’s troubles grow.”

In addition to tourism and manufacturing, retailing is a large part of Singapore’s economy. According to the Ministry of State for Trade, Industry & Manpower, there are 20,000 retail outlets here with some 100,000 people working in the industry.

Bangkok’s malls are still rebuilding from the Red Shirt rampage. Central Pattana president and chief executive officer Kobchai Chirathivat said Central World, Asia’s second-largest mall at 6 million square feet that was torched in the recent violence, will be rebuilt once damage assessments are complete. Nearby luxury mall Siam Paragon reopened on May 15, although some clean up continues. A fire bomb had caused minimal damage to basement shops at Siam Paragon, the spokesman said. Gaysorn Mall, another upscale center, reopened at the beginning of the month. Siam Paragon and Gaysorn are running special promotions to get customers back in the stores as repairs continue.

A Siam Paragon spokesman said, “We know the shopping scene will change as we’ve been told our shoppers are going to Hong Kong and Singapore. We know things will never be the same.”

Meanwhile, Singapore’s malls are in the midst of the annual Great Singapore Sale, an eight-week event stretching from May 28 through July 25 with discounts of up to 70 percent.

“It’s essentially a very well-organized island discount galore. People from the region and beyond flock to Singapore for the great deals on offer here,” said Steven Goh, director of the Orchard Road Business Association. “If you’re after international brands, here is your chance for a good harvest.”

Goh noted that seven out of 10 arrivals at Singapore’s Changi Airport end up shopping at the city’s glitzy malls on Orchard Road.

Singapore’s brands and status are catching up with Hong Kong’s reputation as the best place to shop for the latest trends in Asia, said Judy Lum, a vice president at Tour East Travel. Four years ago, Singapore’s storefronts showed only summer fashions, but now they are showing all four seasons, she said. Bangkok retailers, on the other hand, traditionally just show summer season fashions, she said.

“In that sense, Bangkok is going through what Singapore went through five years ago,” she said.

Lum has seen regional travelers postpone their trips to Bangkok. Also, travelers from England and Australia who were headed to Bangkok before its protests turned violent diverted to Singapore, she said.

Wong of Kim Eng Securities said regional tourists also are being drawn to Singapore because of two new multibillion-dollar resorts that opened in the past few months. Resorts World Sentosa, which includes Universal Studios, is a $4.6 billion resort that opened in February, and Marina Bay Sands, a $5.4 billion resort developed by the U.S.-based Las Vegas Sands Gaming Co., opened in April. Both resorts are offering more luxury brands for shoppers, Wong said.

“Singapore is positioning itself as the playground of the rich and famous,” she said. “We’re a small country with no crime. You can flaunt your nice jewelry and drive nice cars here without fear.”