Singapore hosts Asia Fashion Week, a week-long string of events that wrapped up May 2, in effort to boost profile.

By Jennifer Cardenas on May 17, 2010
View Slideshow 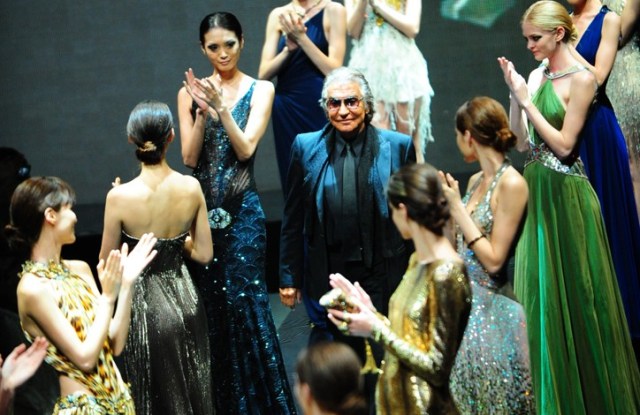 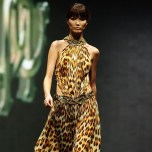 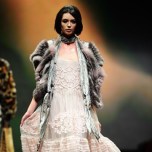 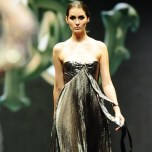 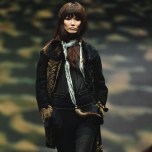 SINGAPORE — This city-state is eager to boost its international fashion week profile.

A key component of that is Asia Fashion Week, a week-long string of events that wrapped up May 2. The events included a fashion design competition, a trade show featuring local talent and an industry conference. All this activity coincided with the Audi Fashion Festival, a series of local and international runway shows open to the public. Even though the foreign collections were previously shown in New York, London and Milan earlier this year, Singaporeans clamored for tickets to see Carmen Kass and Korean supermodel Song Kyunga parade the likes of Dsquared, Marchesa and House of Holland on the catwalk. Roberto Cavalli closed the proceedings.

Asia Fashion Exchange is sponsored by a mixture of corporations and government bodies such as the Singapore Tourism Board, International Enterprise Singapore and Spring Singapore.

At the Asia Fashion Summit, executives discussed how challenging it is for emerging Asian designers to break into Western markets. But they also highlighted the opportunities for the region’s young talent. “People tend to associate Asia with Japanese designers like Comme des Garçons and Rei Kawakubo, who are traditionally very directional and intellectual,” said Matches’ fashion and buying director Bridget Cosgrave. “But now emerging designers from the region are making significant moves to hone their collections for the U.S. and U.K. markets. And consumers are looking for something different.”

Joseph Quartana, buyer and founder of Seven New York, said the recession has redrawn the market and it’s for the taking. He said many editors skipped Milan Fashion Week during the recent fall-winter collections and that buyers are waiting for the next “big thing to blow our minds.”

Quartana cited South Korean men’s wear brand Juun.J as an example of an Asian brand that has successfully differentiated itself from the market. He said the label, which takes a modernist approach to tailoring, has been selling out at his store.

But the panel also highlighted the importance for young designers to be on time with their deliveries. No matter how innovative or popular a label may be, an unreliable designer could lose business, they concluded.

“Almost all of the brands that I stock are very young and aren’t able to finance more than two collections a year. To offset this, I stagger the inventory over a course of three months to ensure the floor is always kept fresh. But if they can keep deliveries to as early of a schedule as possible, the longer I’m able to keep it at full price,” said Quartana.

At Blueprint, the week’s trade show held at the Formula 1 Pit Building, there was a buzz surrounding the 55 labels that participated in the fair. Of the total, 23 of them were from Singapore. The first two days of the fair were open to the trade and media only, but on the third day the lot was converted into the Blueprint Emporium Sale for the public. Consumers flooded the floor hoping to nab a bargain and meet some of the designers in person.

Due to the midseason timing of the event, vendors chose to focus on light, breezy items such as jumpsuits and oversize shirts in muted creams, grays and beiges; floral prints, and denim. Basic monochrome separates like boyfriend blazers, trousers, vests and T-shirts were popular. Accessories that featured a tribal flair, such as chunky woods and leather fringes, figured prominently.

Terry Betts, the men’s wear buyer for international designer collections and accessories at Harvey Nichols in the U.K., was impressed with the collections despite the small size of the show. “There’s a good energy here, and the warehouse feel of the location gives the fair an edgy vibe not usually seen in other fairs. I’ve seen some very progressive stuff. Yet everything is still very wearable, which is important because innovation still has to translate in sales,” Betts said. “This fair is going to be a great platform for up-and-coming brands in Asia. But unfortunately, for some consumers in the West, Eastern apparel is still associated with manufacturing, which is something that has to be overcome.”

Alicia Ong, the Singaporean designer and founder of six-month-old casualwear label Al & Alicia voiced a similar view. Ong, who studied at Parsons The New School for Design, said it’s been challenging to gain international traction in a congested market. “I’ve managed to get coverage in magazines like Nylon using contacts that I made when I was still living in New York. But it’s tough to do more without a presence there,” she said. “We’ve also set up an online store earlier this year, which got a lot of traffic when it launched. “A lot of fashion bloggers were writing about the brand, and we sold a few pieces through there. But with online channels, you have to constantly update the site and promote it, which we haven’t done, so traffic has slowed.”

Meanwhile, international sales manager Marianne Leow at contemporary women’s wear label Alldressedup warned that once international orders come in, it can be difficult to manage the balance of the needs of both the Western and Eastern markets at the same time, due to climate. “It took a while for us to solve this issue, but flexibility and a willingness to work with retailers is vital to success. We try to build our collections around separates that can be layered to allow for a greater range of choice for buyers,” she said.

The brand is hoping to recruit more distributors in the U.S. and will begin to look to Germany later this year.

As part of Asia Fashion Exchange, the Textile and Fashion Federation Singapore held a fashion design competition called Star Creation to cultivate new talent. Audrey Lim from Singapore, Ryota Shiga from Japan, Kitty Miao Mei Rong from China and Daniel Ngoo from Malaysia were the four winners. They were chosen from 12 finalists to receive 10,000 Singapore dollars, or $7,150 at current exchange, in prize money and a one-year internship with retailer FJ Benjamin, as well as an opportunity to launch a capsule collection.