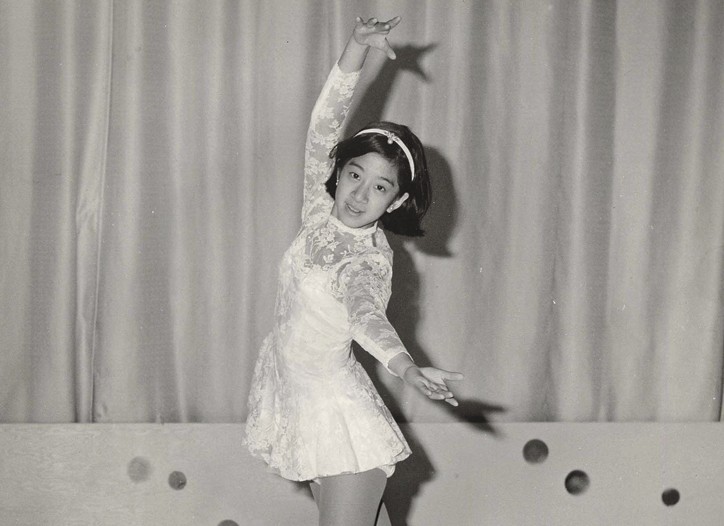 Vera Wang discovered figure skating under her father’s watch at the age of six in Central Park. Decades later, she remains involved in the sport at its highest level: She has designed costumes for three Olympians, garnering herself a spot in the U.S. Figure Skating Hall of Fame.

Sartorially speaking, her first such collaboration was stunning. Wang wanted to highlight Nancy Kerrigan’s “Massachusetts kind of beauty, but glamorize her a bit.” In pure white with an illusion yoke, Kerrigan radiated elegance in the midst of a competitive riot of cheese-ola glitz. Michelle Kwan’s requirements proved exacting: low neck, low back, no volume, no sleeves, no skirt detail — “essentially a leotard,” Wang said. “She was very much an artist, almost operatic in her movements. I tried to bring drama while respecting her parameters.” Finally, Wang decked out Evan Lysacek for his 2010 gold medal win in Vancouver, his costume incorporating a jeweled snake of the sort she created for a recent ready-to-wear collection. It seems the two had an innate connection. At one point, he skated to Scheherazade, which Wang “also happened to have skated to.”

Skated to — and no doubt stumbled to. And therein lies a life lesson, so please don’t suggest to Wang that sports metaphors are corny.

“Skating is the perfect metaphor,” she offered. “You have to fall to learn. You fall 90 percent of the time to learn to stand up.”