The line features tried-and-true favorites and all-time classics that have been updated.

Smythe, the Toronto-based, ready-to-wear collection built on the blazer, is unveiling a collection called Smythe House, exclusively for its own e-commerce.

The collection, which launches today, features 35 pieces spread out over three drops: today,  Nov. 15 and in January. The line consists of favorites and classics that have been updated. 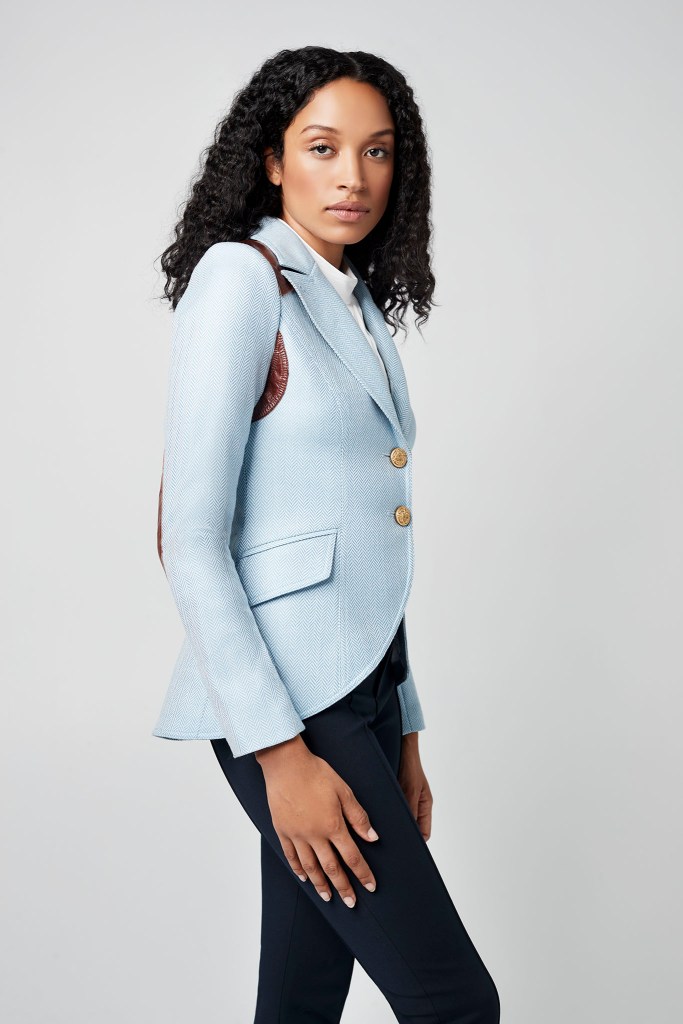 “Smythe House is a collection of archetypal Smythe silhouettes reimagined in seasonless fabrics and colors designed to become the enduring foundation of a modern wardrobe,” said Christie Smythe, the brand’s founder and codesigner. “Layered in (because we are Canadian) are sumptuous sweaters, hand-knit by our partner women’s collective, Augden.”

Andrea Lenczner, founder and codesigner, noted that the collection includes blazers, outerwear, knits, a classic tuxedo and mix-and-match tailored suits. She said providing exclusivity was a key aspect in the development of the line.

Smythe, which began as a wholesaler, added e-commerce only four years ago with its own site, she said. “A lot of the bigger accounts asked for exclusives all the time, just when you finish designing your regular collection, and it’s their way to differentiate and drive people into the store. When we finally put on our merchant hat, we realized what makes us exclusive is we had this whole library of work and we get a lot of requests, and through e-commerce and social media people were asking for things that were still relevant from years ago,” she said.

They developed the idea of doing “your favorites and our favorites, updated, of course, and refabricated and tweaked, and things that we felt that would be exclusive to us as a merchant,” she said.

The duo were in the midst of creating the concept of the line when COVID-19 hit in March, and they decided to focus initially on casualwear, as opposed to suiting, and pieces “that are more conducive to right now.”

Smythe and Lenczner, who grew up together and both attended McGill University, launched their business in 2004. Smythe previously worked in design at The Gap and Lenczner was a buyer for Holt Renfrew. The company sells such retailers as Nordstrom, Holt Renfrew, Neiman Marcus, Saks Fifth Avenue, Forward, Intermix and Shopbop, and the line has been worn by such celebrities as Kate Middleton, Meghan Markle, Halle Berry, Gigi Hadid, Charlize Theron, Margot Robbie and Reese Witherspoon. The brand, which built its reputation on the women’s tailored blazer, has since expanded into jackets, coats, dresses, blouses, pants and knitwear.

The partners stressed that Smythe House is not meant to be a diffusion line.

“It’s highly designed pieces that have a luxury element to it. They are at the same price points as our regular collection,” said Lenczner.

“It’s favorites and fundamentals, so as Andrea said, the pieces are designed, there’s a lot of thought that goes into them, and they have longevity,” added Smythe.

“What we discovered playing in e-commerce, we’ve had all these happy surprises, where something has been really well received on our own site,” Smythe said. “It’s an exciting opportunity for us to put something into the world that might not have had a broad audience through wholesale, but we can put it out there and offer it to her and bring it back.”

The collection will be featured in a separate section of the company’s main web site, ShopSmythe.com.

The initial drop will have 17 pieces including blazers and outerwear; the holiday drop (Nov. 15)  will have four pieces, including a tuxedo, and the January drop will be 14 pieces and consist of mix-and-match suiting and the duchess skirt.

Lenczner gave an example of one of their classics. She noted that for years, they have worked with a women’s knitting collective in Bolivia that makes hand knits, which is a small portion of their Smythe business because it’s expensive ($600 range). Years ago, they made sleeveless turtleneck sweaters. “You’re wearing this huge chunky knit that you can wear under a blazer because it has no arms. But we love the look, and want to be able to throw a blazer over it. That dickie will be featured in the first delivery.” 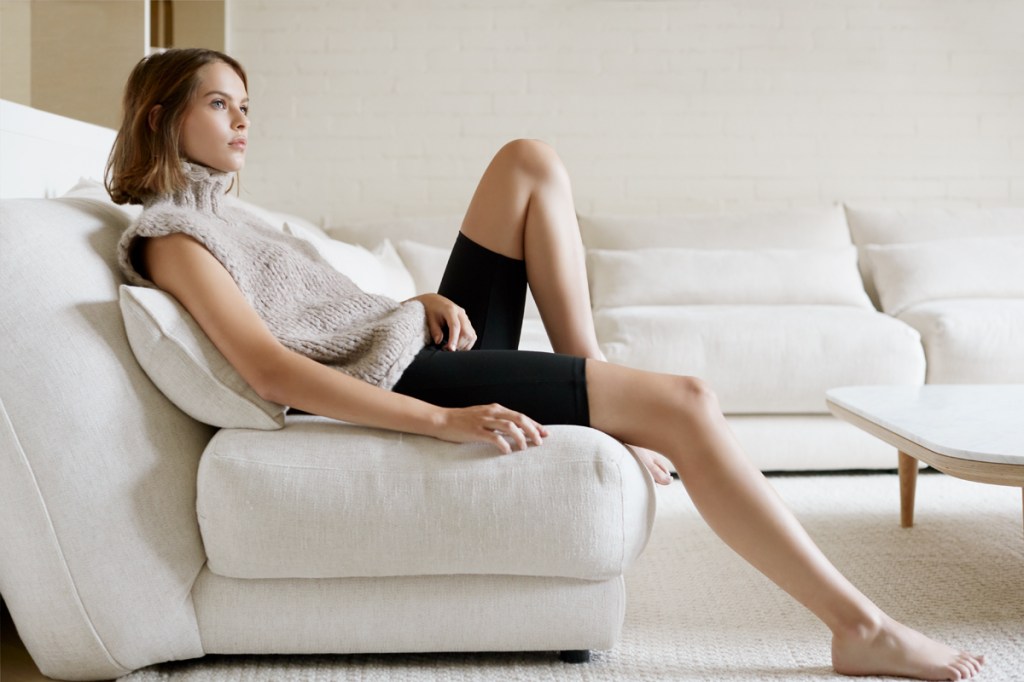 Lenczner anticipates one of the Smythe House bestsellers will be the equestrian blazer, which is very identifiable with the brand. It comes in blue and camel with leather detailing, and retails for $695. “It’s as Smythe as you get,” she said.

Another look Leczner anticipates will be a bestseller is an outerwear jacket called the Dark and Stormy, which is a coated canvas jacket with a hood and quilted lining. “It’s not a down jacket but it’s that in-between drizzly jacket you can throw on when you’re miserable.” It’s got a fireman’s orange quilted body on the inside. “That has been very successful for us, and we stepped away from it for a few years. And we’re wearing it all the time,” said Lenczner, adding the company was fielding a lot of social media requests for it.

Lenczner doesn’t feel Smythe House will cannibalize what the brand is doing on the web site for Smythe. “We try to make everything have its own reason for being,” she said.  For the knits, they were conscious to have them be more seasonless. This fall, for example, one of Smythe’s bestsellers is a heavyweight equestrian knit. “The ones we are launching for House are seasonless,” said Lenczner.

Sizes will range from 2 to 16, and the sweaters go from extra small to large. The collection is made in Canada, except for the knitwear, which is manufactured in Bolivia with Augden, the women’s collective.

Asked how many seasons a year they’ll do, Lenczner said, “We’re committed to do whatever we feel like. We’re going to launch this and see what tracks. It won’t be a whole new collection all the time, it will be infusions. We’ll go deep to what our customer responds to. It’s never going to go on sale.”