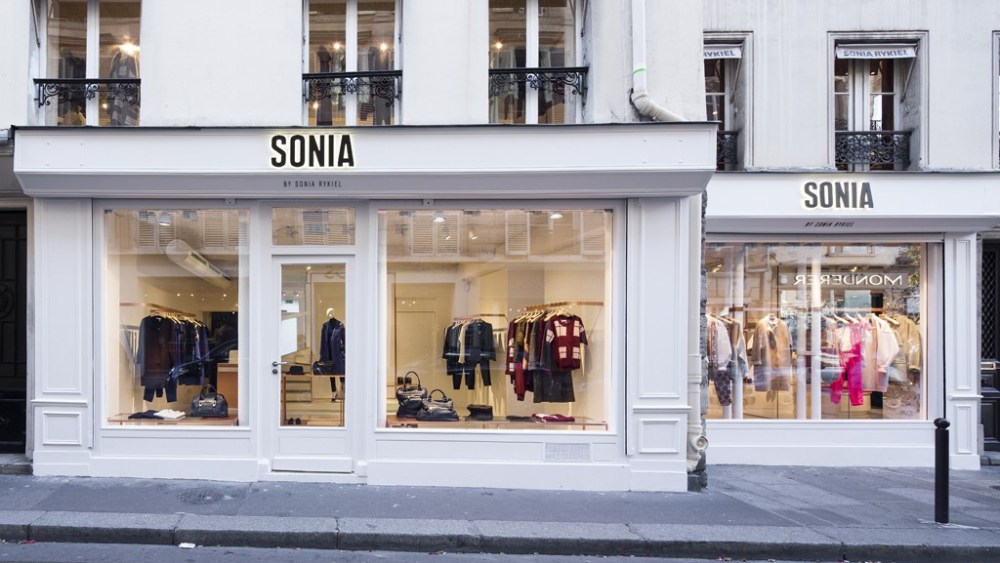 Having spent the last year repositioning its main collection, designed by Geraldo da Conceiçao, and the Sonia by Sonia Rykiel contemporary line, the French fashion house plans to relaunch e-commerce in the spring and to open a spate of stores in Europe and Asia.

“We are planning to open stores in key locations where we were not necessarily present until now,” chief executive officer Eric Langon told WWD.

He added that “2013 has been as rich as it has been complicated, because organizations have to adapt when there is a new strategy. I am confident for 2014, because the openings are there, the contracts are there. There are some markets where, to be honest, it’s still a work in progress.”

Sonia Rykiel will begin online sales for the Sonia Rykiel, Sonia by Sonia Rykiel and Rykiel Enfant lines in France and the rest of Europe in March, to be followed by the U.S. in fall 2014 and Asia the following year, he said. For the occasion, the soniarykiel.com Web site will be redesigned by creative agency Wednesday.

The brand’s e-commerce site was shut down after Fung Brands Ltd. acquired 80 percent of the business in 2011, leaving the founding family with a 20 percent stake. A microsite currently offers the capsule Cherry Christmas collection for sale in Europe only.

“We wanted to send a message about the repositioning of this line on the contemporary market, and we know that in France, contemporary lines — in Paris at least — can find their full expression in the Marais district,” said Langon, noting that the new store will be located on Rue de Poitou, not far from Helmut Lang.

The house has also inked a deal with Onward Kashiyama for the distribution of the Sonia by Sonia Rykiel line in Japan, which calls for the opening of 15 stores over the next five years, beginning in fall 2014, he added.

All the new Sonia by Sonia Rykiel stores will feature the retail concept unveiled at its boutique on Rue de Grenelle in Paris in September. It combines minimalist, brushed pink copper furniture with an off-white waxed-concrete floor, raw industrial accents and mirrored walls, some incorporating video screens.

The main Sonia Rykiel flagship on Boulevard Saint-Germain and a smaller store on Rue du Faubourg Saint-Honoré were also given an overhaul this fall to lighten the boudoir-inspired decor and place a greater spotlight on the clothes. That concept will be copied in future stores in new locations, starting with the one in Hong Kong.

Sonia Rykiel is also searching for a location in New York City, following the closure this month of its only freestanding U.S. store, in Boston.

Nathan Levy, who was appointed U.S. managing director of the house in September, has been tasked with kick-starting the retail and wholesale business for the Sonia Rykiel and Sonia by Sonia Rykiel lines in North and South America.

“The U.S. contemporary market is highly competitive. All the work we have been doing over the last year is geared towards trying to be ready to take on this market,” said Langon. “It is above all a price-driven market, something the house did not necessarily take into account in the past, but today, we know our sweet spots.”

The executive revealed that about 40 percent of Sonia Rykiel’s customer base has turned over since da Conceiçao showed his debut fall collection last March, resulting in a drop in overall volume, but a more global customer base, which he hopes will bear fruit in future seasons.

“For instance, some of our large clients or franchise holders in France were unable to continue with us. But at the same time, we have managed to win some influential customers in South Korea, Taiwan or Hong Kong, which was one of our objectives,” he said.

“For us, the challenge today is not so much to win a huge number of customers, but rather to capitalize on the influential new customers that we have won,” Langon added, concluding, “I strongly believe in Geraldo. I think what he is trying to do for the house is very ambitious and will necessarily take a little time.”