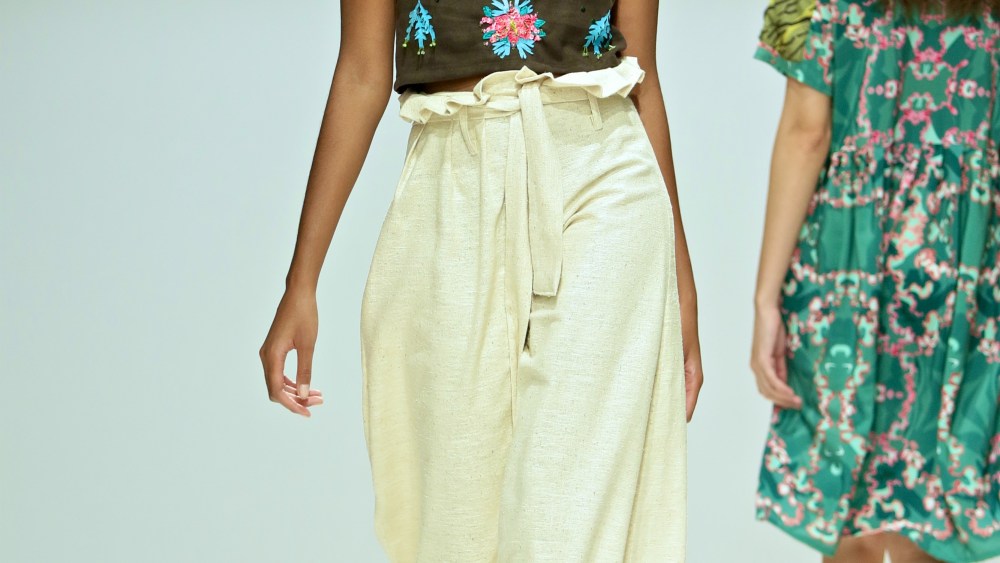 South Africa’s two rival fashion weeks were a celebration of African design as well as an indication of the growing corporate support for the country’s young designers.

The designers showed modern streetwear to footwear and accessories inspired by the African continent; from the runway, the collaborative capsule collection was, in a first for SAFW, made available online immediately and what ensued was “a frenzy of online sales,” according to Charmaine Huet, Woolworths’ group director of marketing and sustainability.

Fast-tracking runway to retail has been a priority for the partnership of Woolworths and SAFW.

“As a passionately South African retailer we want to boost the visibility and viability of local designers,” Huet noted. “The quality of the work on show, and the response to it, is compelling proof of the incredible local talent the South African fashion industry has on offer.’’

After inventory of the StyleBySA capsule collection was exhausted via online sales, the collections became available in select Woolworths stores in Cape Town, Sandton, Midrand, Pretoria and Durban starting April 12.

Design competitions remain an important component of SAFW, which was marking its 20th anniversary, and are a valuable springboard for young designers. Said Lucilla Booyzen, founder and director of SAFW, “The aim of SA Fashion Week competitions is to assist talented designers with the potential for commercial growth to start making the transition from a developing creative to a sustainable business that can play a role in the Creative Fashion Industry, create jobs, wealth and contribute to the GDP of the country.”

The event hosts two significant competitions, the Lufthansa First Class competition, which highlights the “stars of tomorrow,” and the Scouting Menswear competition in conjunction with GQ South Africa.

Added Booyzen, “One of the most difficult challenges for a start-up designer today is the breakthrough to retail. A sure way for designers to fast-track their careers is through entering fashion competitions. They push young businesses into the media spotlight, which then leads to social media share of voice and in turn has an immediate effect on the growth of a young label.”

The winner of the Lufthansa First Class competition was Sheila Madge-Bakker, whose label Sheila Madge Designs “reconciles the concept of the avant-garde with wearability,” according to the judging panel. Her prize package includes a trip to Berlin Fashion Week in July as part of the SAFW Travel Seminar.

Garnering top prize at the Scouting Menswear competition was Conrad de Mill. “His collection was contemporary with a South African handwriting so to speak,” said Booyzen. “There was lots of detail and excellent workmanship.” Like Madge-Bakker, de Mill gets to go to Berlin with the SAFW Travel Seminar; in addition, he is guaranteed a spot at the SAFW fall 2018 shows which take place in October, and coverage from GQ South Africa.

As for established designers, Jacques Van der Watt’s collection for Black Coffee stood out for its blurred gender boundaries.

Among the highlights were Taibo Bacar, whose collection was a celebration of the Mozambican woman within a global context, showing sophisticated, structured garments in bright colors, bold designs and stripes.

Laduma called his show “The Coronation of MaXhosa,” an homage to his Xhosa roots. Regal, opulent and extravagant, it featured his signature knits in dizzying prints, as well as quirky tracksuit pants and Xhosa ceremonial dress.

Continued Moloi-Motsepe, “What we are witnessing is an eagerness from the public and private sectors to promote the growth of African fashion, as seen from the sponsorships and partnerships this platform has attracted. Like me, they have come to understand the economic significance of a thriving fashion industry, which helps our designers and related industries become more sustainable and establish themselves across the continent and abroad.”