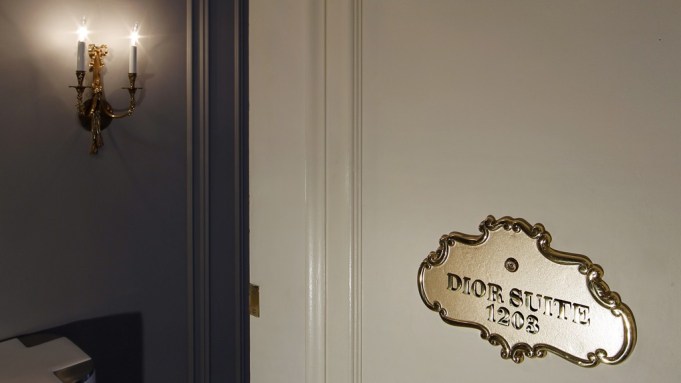 The St. Regis New York has unveiled its new Dior Suite, the second fashion-centric abode for the hotel after ifs collaboration earlier this year with Tiffany & Co. Consisting of a bedroom, one-and-a-half bathrooms, a dining room and living room, the suite’s design details were inspired by the house’s Parisian ateliers. The decadently designed, 1700-square-foot space is almost entirely “whispering” gray, the house’s signature shade.

This is the hotel’s second go-around with the Parisian house, having opened an original Dior Suite in 1991.

“Dior has had a long history with us. They’ve been here since the hotel reopened in the early 1990s,” said Paul H.F. Nash, the St. Regis’ general manager. “So this is a reinvigoration of the partnership that we have had for 20 years.”