The brand, which was originally launched in Brooklyn, deepens Southern California roots with addition of a retail unit. 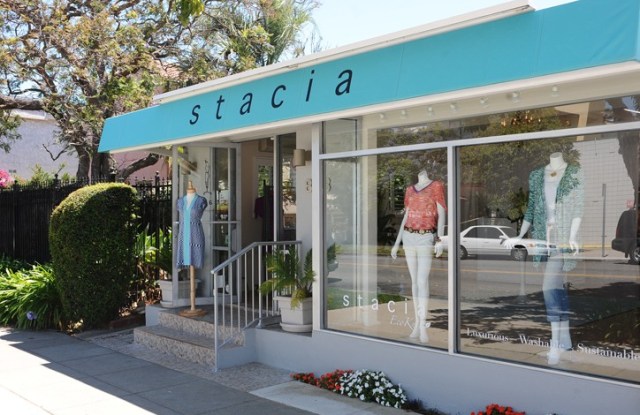 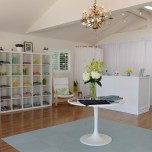 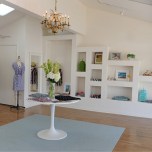 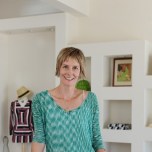 LOS ANGELES — In 2004, six-year-old Brooklyn store Stacia New York had survived the burst of the dot-com bubble and the 9/11 attacks to do decent business. But its owner, the designer Stacy Johnson, felt trapped in its brownstone walls.

Johnson dreamt of surfing, basking in the sunshine and filling her collection with colors, but, “I had to do the black jacket and skirt for the woman who had to get on the F train to go to work in Manhattan,” she sighed. “I grew up in Hawaii, so I grew up with that beach lifestyle. I was missing it.”

Not inclined to passivity, Johnson, who ventured out on her own at 28 after stints at Cynthia Rowley, J. Crew, Calvin Klein and The Limited, packed up and moved to Southern California with her husband, Peter Viles, and then-four-month-old son Campbell. She shut her store, dropped New York from her brand name to turn it into Stacia and decided to enter the wholesale arena.

Fast-forward seven years and Johnson, now 40, has two more children, sells her line to roughly 300 wholesale accounts in the U.S. and has returned to retail, this time with a store that opened earlier this month in Santa Monica, Calif., on a stretch of 11th Street around the corner from Montana Avenue, a bustling thoroughfare of shops, salons and eateries. Johnson happened upon the 800-square-foot space, the former home of clothing store Margano, when she was walking to her daughter’s pre-school.

“It wasn’t something I was looking for. It fell on my lap,” said Johnson, who has a studio at the back of the store that she relocated from nearby Pico Boulevard. “The store doesn’t have to be a money maker. For me, it is a marketing move. It’s going to help my wholesale accounts, I think. Having the store will put my brand out there a little more and make it more visible to the public.”

All that remains of Johnson’s Brooklyn outpost in the Santa Monica store is a chandelier and dressing room rod. Other than that, the store couldn’t be more So Cal. It’s light, airy and uncluttered. Johnson likened it to a beach bungalow. “I wanted everything white and clean,” she said. “My colors are so vibrant. I wanted them to pop.”

The brand has changed considerably since its days as Stacia New York. Johnson strategically narrowed her focus to space-dyed knit pieces. They gave her a niche in the clothing market for a coastal or resort customer, and she didn’t have to compete in the crowded contemporary field against bigger names such as Rebecca Taylor and her former employer Cynthia Rowley.

The look of the space-dyed pieces, which Johnson makes out of bamboo, also spoke to her personal style. “It was less structured. I wasn’t in an office for work, and the collection became more relaxed and laid back,” she said. Johnson singled out cardigans that are priced around $198 at retail as bestsellers, although scarves around $98, dresses from $220 to $250, tunics from $168 to $178 and caftans around $178 are strong as well. Johnson puts out about 24 new items each season to infuse Stacia’s assortment with fresh merchandise.

Bianca Nolfi, manager and assistant buyer at women’s clothing store Limu in San Francisco, said customers regularly buy Stacia pieces to wear on vacation, a purchase helped by the fact they are machine washable. She described the brand as “pretty, but it is not too girly. It is bohemian, but it is not too granola.”

With resort a strength for Stacia, Johnson hopes to build the brand’s business at hotels in beach destinations. It is currently available at Becca Beach in the Kahala Hotel and Resort in Honolulu and The Grand Del Mar in San Diego. Catalogues are a point of emphasis too, and the brand is entering the Sundance Catalog.

Johnson said Stacia generates between $500,000 and $1 million in revenues yearly, and her goal is to grow that figure above $1 million. The Web site, shopstacia.com, contributes 5 percent of revenue, but Johnson believes that it, coupled with the retail business, can become responsible for closer to 30 percent.