Plans for the relocation of her original Meatpacking District flagship have been under way for months. 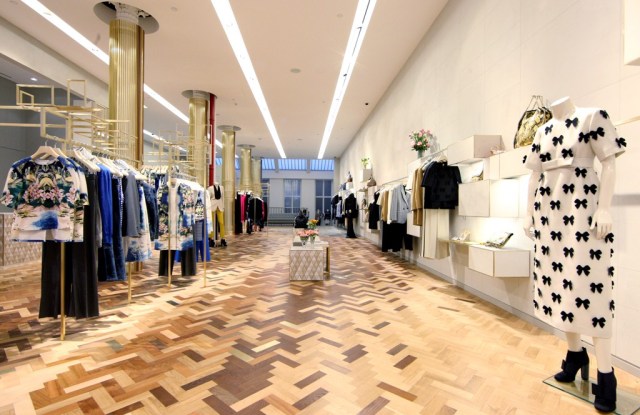 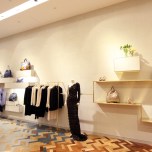 It’s official: Stella McCartney has a new neighborhood in New York. Plans for the relocation of her original Meatpacking District flagship to SoHo have been under way for months and the new locale, at 112 Greene Street, was set to open for business on Saturday. McCartney’s in town to show her pre-fall collection today, followed by a dinner to celebrate the new store.

McCartney’s first outpost, at 429 West 14th Street, opened in September 2002. At the time, she was a pioneer in the neighborhood, being one of the first luxury retailers to move to the Meatpacking District after Jeffrey Kalinsky set up Jeffrey there in 1999. But it seems SoHo has become a more desirable zip code, at least from PPR’s perspective. Stella McCartney, which is a 50-50 joint venture between the designer and PPR, is the first of three luxury labels in the PPR stable putting down roots in SoHo, with Balenciaga and Yves Saint Laurent to follow with boutiques on Mercer Street.

“A great opportunity came up in SoHo at the same time as our lease was up in the Meatpacking District, and after a successful decade there, we simply took it,” said Frederick Lukoff, chief executive officer of Stella McCartney. Whatever the retail strategy, it includes McCartney’s first store in Florida: a 1,270-square-foot space that was also set to open Saturday at Bal Harbour Shops — her fifth freestanding U.S. store.

Formerly a raw exhibition space, the new SoHo spot is bigger than the Meatpacking one, spanning two levels — street and basement — for a total of 5,200 square feet. Designed with McCartney’s signature masculine-feminine contrast in mind, the decor features brass fixtures, Venetian plaster walls and a sustainable oak parquet floor in a herringbone pattern. Upstairs, the color palette is in the plums, blushes and pinks that McCartney is known for. Downstairs, where the kids’, Adidas by Stella McCartney and lingerie collections are displayed, the walls are deep blue with a gray carpeted floor; an installation of colorful electrical tape by Brooklyn artist Rebecca Ward sits in the Adidas section. And in keeping with McCartney’s eco ethos, the bird marquetry and stone relief terrazzo tiles from the Meatpacking store have been repurposed for Greene Street.