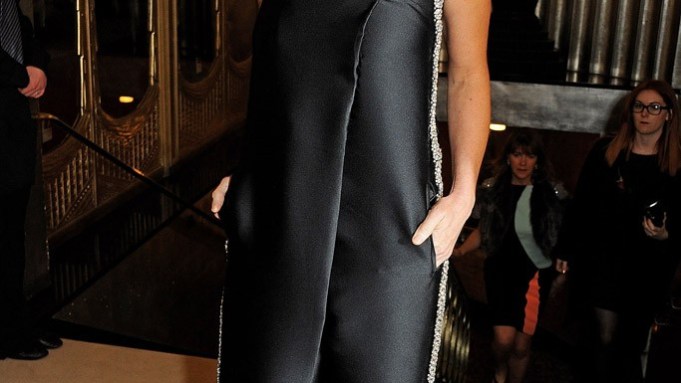 LONDON — Stella McCartney scooped the top prize, Designer of the Year, at the British Fashion Awards Tuesday night at the Savoy Theatre. McCartney also walked away with the Designer Brand award, capping a year of accolades that included her creation of the Team GB uniforms for Britain’s 2012 Olympic athletes.

Kim Jones for Louis Vuitton walked away with Men’s Wear Designer while, as reported, Manolo Blahnik won for Outstanding Achievement in Fashion. Cara Delevingne won for Model, while Alexa Chung scooped the British Style Vodafone award. Harold Tillman won a special recognition award for his term as chairman of the British Fashion Council. He will step down at the end of the year.