Luxury retailers say they have experienced a strong start to 2010 and expect continued improvement in the second half of the year.

By Emilie Marsh and Jean Scheidnes on June 10, 2010
View Slideshow 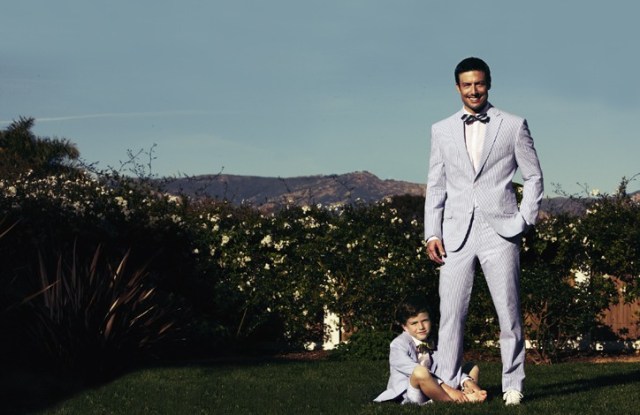 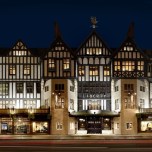 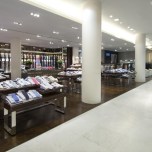 Luxury retailers say they have experienced a strong start to 2010 and expect continued improvement in the second half of the year, buoyed in part by men returning to stores, as well as inventory control and focus on gross margin. Men’s buyers are heading to Pitti Uomo in Florence next week, followed by the Milan and Paris men’s ready-to-wear shows, in search of enticing product at fair prices.

“We feel that confidence has returned and that men are back in the store at full force,” said Kevin Harter, Bloomingdale’s vice president of men’s fashion direction. “The biggest surprise is how strong the tailored business is. Men are definitely dressing up, and they are coming to Bloomingdale’s to update their suits and accessories that go with them, such as ties, shirts, etc.”

In the U.K., Selfridges’ business has been “consistently strong” this year with contemporary fashion and edgy designer labels such as Alexander McQueen and Balenciaga leading the way, according to David Walker-Smith, director of men’s wear and beauty. “We expect the second half of the year to also be robust,” he said, adding that good management of inventories has been key to the store’s ongoing success.

Although their recovery has trailed that of brands’ own stores, department stores across the globe have reported increased sales for the year to date.

At Liberty of London, “sales have been on fire this year” with total first-quarter sales up 30 percent and men’s wear performing “even stronger” than overall sales, according to buying director Ed Burstell. “As we have been able to increase market share this past year, we are aggressively looking to grow men’s wear this fall, with the budget increased by 15 to 20 percent.” The size of the men’s wear department will also increase by 20 percent.

Harvey Nichols “experienced strong double-digit growth” in men’s wear sales for the first half on significantly reduced inventory levels, said Richard Johnson, men’s wear buying manager. “Our more contemporary designer collections and casual sportswear collections have seen the most rapid growth. This has allowed us to keep sale periods short and focus customer attention on full-price product. It is of the utmost importance that we retain the integrity of the products we offer and premium position of brands whom we partner with,” said Johnson.

At the same time, luxury brands have grown increasingly dependent on their own stores, eroding the dominance of the wholesale business. In the latest quarter for Polo Ralph Lauren Corp., for example, retail sales jumped 31.4 percent, while wholesale declined 2.6 percent. The trend will likely continue, as the company has deep cash reserves to spend and has identified international retail and e-commerce initiatives as top priorities for investment.

As a brand grows more international, the balance of distribution shifts even more toward freestanding stores. China, for example, simply does not have department store networks for wholesale distribution that the U.S. has, so brands looking to expand rapidly there must open stores.

“The freestanding stores are really important because they present the lifestyle and they’re a branding platform,” said Tom Murry, chief executive officer of Calvin Klein.

“Also, because of all the inventory reductions and economic instability, sometimes department stores had played it very safe. And what we’ve found is safe product is not motivating the customer to spend….People who had a strong store presence realized during the last two years that they could control their own stores, but they couldn’t control the department stores.”

Indeed, brands have not quite forgiven retailers for the great discounting panic of 2008.

“We will be more selective in the future, proceed with more caution and control and put limitations where necessary,” said Pier Luigi Loro Piana, ceo and deputy chairman of Loro Piana. “That said, we don’t want to lose the sense of competition department stores offer. They play a key role in determining how your merchandise fares compared to others.” With wholesale comprising 20 percent of sales, Loro Piana eked out a 1 percent sales increase in 2009.

For their part, department stores say they don’t discourage vendors from opening stores, which add credibility to the brand, ultimately benefiting everyone who carries it.

Besides, if brands are out to reduce their dependence on retailers, the feeling is mutual, since department stores are aggressively ramping up their private label businesses that afford them maximum control over the margins, the flow of goods and the floor space. As they head to Pitti Uomo next week, one of their top priorities will be to find manufacturing partners for their private labels.

“Our men’s collection has pretty quickly become our largest brand,” said Ron Frasch, Saks Fifth Avenue president and chief merchandising officer. “We have very, very aggressive plans for it, and we’re investing aggressively in it from all angles — store staff, brand management, product development, real estate, visual, marketing, every aspect. And we think it has a big number attached to it, with a very high margin.”

Private label has also gained a foothold in Europe, with department stores looking to invest in their own brand names, which more often than not predate that of the labels they carry.

“Historically, private label’s share of the market has increased over time, especially during recession, and almost a quarter of all consumer goods sales in the U.S. are private label,” said Umberto Angeloni, citing Harvard Business School professor John Quelch. Angeloni co-owns Caruso, which manufactures tailored clothing for such brands as Dior Homme, Lanvin, and Ralph Lauren, as well as a handful of private label brands. “I view the exercise as that of building a retail brand…a brand that they can totally control and thus will never betray them or compete unfairly. Stores realize that sometimes their most valuable asset is their own name.”

And Paris-based Printemps is gearing up to introduce a cashmere collection for both men and women, priced between 95 and 120 euros, or $114 to $144 at current exchange, under its own banner in September.

“We are positioning the collection at a very affordable price point while maintaining a premium quality and style quotient,” said Tancrède de Lalun, general merchandising manager for men’s and women’s apparel.

Liberty is taking the strategy a step further, with plans to wholesale a contemporary men’s line it created with licensee Slowear Group, banking on the cachet of the retailer’s own heritage. The 200-piece line, which marks Liberty’s first licensing pact, will bow in Milan for next spring, and sales in six years should reach 30 million euros, or $38.6 million, Liberty said.

“It’s a clear margin-building strategy where we can control the product so it does not conflict with anything else we carry,” Burstell said, adding the store’s 135-year history and heritage provided the ideal background.

Brands with perceived heritage continue to enjoy a competitive advantage, and playing up history — in the form of origin myths, legacy stories, reverence for forefathers, founding dates and artifacts — is now front and center of many marketing strategies. Retailers are embracing the trend as well.

From a merchandising standpoint, “I see stores being much more edited and selective. That’s a fine line, because you want to take a specific point of view but you also want to have a breadth of product and especially unique and high-positioned product,” said Burke.

Despite tensions with brands that also have retail strategies, Burke added, “It’s important to be able to grow the department store business, because there’s a customer who doesn’t want to shop in a specialty store, particularly a men’s customer who wants a one-stop-shopping situation.”

Brands and retailers still have plenty of common ground. All parties want to provide distinctive product that will inspire consumers to buy. While no one wants to relive the nightmarish overstocks of the recession, vendors say it’s time for stores to loosen the purse strings a little.

“We’re not seeing this recovery as much in Europe as in Asia and the U.S., but what I’d like to see [in the healthier regions] is more aggressive purchasing. They were so cautious and gun-shy during the downturn. Now I’d like to see more confidence in the recovery,” said Calvin Klein’s Murry.

Indeed, buyers said they had to “chase inventory” for most of the spring. But that doesn’t mean they’re about to abandon their newfound discipline.

“The budgets are up, and we’re feeling confident but cautious,” said Frasch of Saks. “I don’t want the inventory to outpace the sales growth. We learned we could improve our margins significantly with targeted investments and very disciplined inventory management. We’re not going to walk away from that.”

Alluring product offerings go hand in hand with alluring environments and, to that end, many stores have revamped their men’s spaces to lure shoppers in.

“We are seeing an increased level of confidence from our male customers. They are responding to new brands and key trend items well,” said Keith.

By managing inventory levels and chasing early deliveries, inventory is down 35 percent from last year, and it has delayed season-end discounting by nearly a month. Exceptional levels of service, such as home-shopping visits, tailoring services and personal orders for top clients, have also helped to entice shoppers.

“We have been caught short a little by the strength of customer reaction to certain key items [that] in certain cases we have had to do multiple reorders on. We now have male customers putting down deposits on fall 2010 runway,” said Keith.

Vendors complain that when buyers scramble for inventory too late in the season, everyone loses.

Polo Ralph Lauren told analysts that with production mostly offshore involving requisite lead times, it might be difficult for suppliers to react as quickly as some stores would like. Roger Farah, Polo’s president and chief operating officer, said, “Retailers will need to learn what is realistic and what is not.”