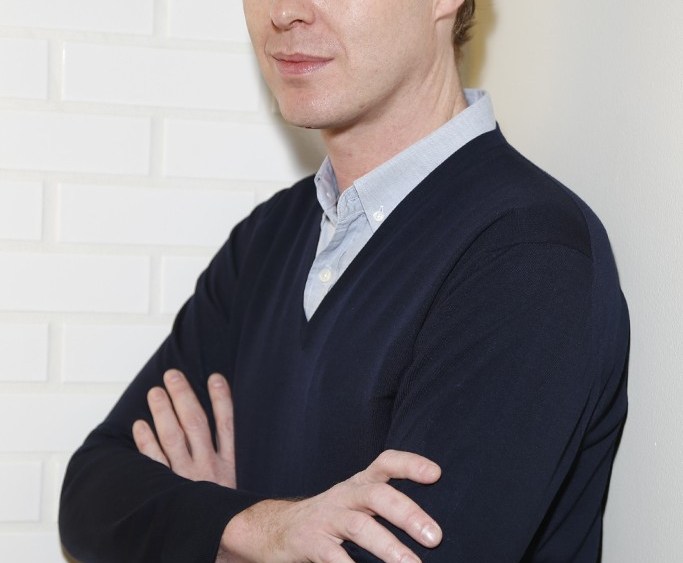 Stuart Vevers is looking back to bring Coach into the future.

Reached by WWD Tuesday, the newly anointed 39-year-old designer, who will take the helm as executive creative director of the nearly $5 billion American accessories brand, said that he intends to call upon the 72-year-old brand’s heritage to inform its upcoming collections.

“My passion is for brands with heritage. Throughout my career, every brand I’ve been drawn to has a strong heritage,” Vevers said. “I think Coach is that kind of brand. My style is to take that heritage and to play it against modern references, youth culture, references that take things to a different place and make them relevant now. That’s what I’ve always been known for in my work.”

Most recently, Vevers served as creative director of LVMH Moët Hennessy Louis Vuitton’s Loewe brand, where he called upon the 167-year-old Madrid-based house’s culture to influence its collections. Nodding to the country’s artistic heritage, Vevers peppered his collections with references to Salvador Dalí, and Pablo and Paloma Picasso, among others, through the use of objects such as a light bulb or screwdriver for a heel of a Forties style pump. He paired those modern touches with Loewe’s strong leather heritage and handbag business.

“My background is leather goods. I studied ready-to-wear in college but I spent 17 years traveling the world at some of the best luxury houses — London, Italy, Paris, New York, so I bring that experience to Coach,” the designer said. “I felt a natural affinity when I sat down and I thought about Coach. There was something very instinctive. My thoughts came together very easy. I followed during my career the work that Coach has done, and also the heritage of Coach. There’s something very authentic, very unique in the brand that is what I’m drawn to.”

Although turning to a brand’s heritage may not be a novel concept — many fashion brands call upon their past to inform their current collections — that thinking may have been just what Coach Inc. was looking for in a replacement for Reed Krakoff, its president and executive creative director.

Since chairman and chief executive officer Lew Frankfort announced that he would be turning over his ceo duties to president and chief commercial officer Victor Luis, it has become increasingly obvious that Coach is embarking on a new chapter. That chapter includes elevating the brand’s position in the market by way of expanding its product offering and heightening both its design esthetic and pricing structure.

Case in point: Coach is in the process of rolling out a more complete offering that includes apparel, outerwear, footwear, watches, jewelry, eyewear and, of course, handbags, in all of its stores. The expanded collection, which will cater to men and women, will be in full bloom at the end of this year with capsule collections flowing into stores on a quarterly basis. Shoppers have seen an early iteration of the lifestyle push in the brand’s Legacy collection, a vibrant, dual-gender footwear, accessories and apparel line that hit stores last summer. That higher-priced collection not only sparked the transformation of Coach’s advertising and in-store merchandising, but also provided consumers with a new lens through which to view the New York-based heritage leather bag maker.

“The relaxed aesthetic, I think, is a big opportunity,” he continued. “I think it’s unique in the luxury market today. That ease, that functionality, that cool feeling that you get from a beautiful soft leather bag is a strong part of the DNA.”

If anything, Vevers understands the importance of a good bag. At Loewe, he developed its best-selling Amazona bag, and at Mulberry, where he served as creative director from 2005 to 2007, he has been credited with developing some of the brand’s “It” bags, including the Gisele with Katie Hillier and Luella Bartley.

For Coach, which swims in the waters with trendy lifestyle players such as Tory Burch and Michael Kors, Vevers’ pedigree and penchant for developing “It” bags is a welcomed addition. Although Coach is still a leader in the accessories category, it has lost some share to its fast-growing rivals in North America.

That is precisely why Coach is bringing in new blood with a global luxury background, Luis told WWD.

“Stuart has experience across all fashion categories,” Luis said, explaining that the company chose Vevers for his “cultural understanding” of Coach’s direction. “It was natural. When you have a conversation with someone and engage with them, you begin to share a language. Stuart has an understanding of our history dating back to the Fifties and Sixties.”

Luis said upon meeting Vevers over lunch with Frankfort, the trio began talking about what the brand could become by referencing prior collections and materials in future lines.

“We started getting excited about the possibilities,” he said. “It was very much within Stuart’s creative space without spending much time with the brand.”

Luis hinted that Vevers’ hire would allow Coach to become more of a luxury player, differentiating itself further from its contemporaries, which sell bags for less than $600.

Another key element to Vevers’ hire is linked to his knack for men’s accessories. At Loewe, the designer was able to help grow the men’s business 40 percent in 2012 over the prior year, according to reports from WWD, which said that market sources estimated that Loewe generates annual sales of 250 million euros, or $327.9 million.

“One day, men’s will be a billion-dollar business for Coach,” said Frankfort, who noted that men’s currently brings in just over $600 million.

“We were looking for a seasoned creative director that came from design rooted in making fine products in accessories and ready-to-wear…and someone who was highly collaborative and understands our DNA,” Frankfort said. “It became very clear to us that Stuart had a natural affinity for the equities of Coach. He understood us.”

Focusing on the company’s leather heritage, as well as its ability to “democratize fashion,” as Frankfort calls it, Vevers increasingly became an obvious candidate to take Coach to the next stage.

Although the newly minted creative head does not have a definitive start date at Coach, he does have a lot of planning ahead of him. Not only will Vevers be responsible for product, he will also be accountable for Coach’s store layout.

While the brand is concentrating on store expansion in Asia, Europe and Latin America, the look of the store will be paramount in luring new customers.

“We are looking to imbue more emotion in our product….That requires us to show a more complete look head-to-toe,” Frankfort said, noting, that included “enhancing the store environment.”

With a smile, Luis echoed Frankfort, but added: “At the end of the day, it’s all about the product.”