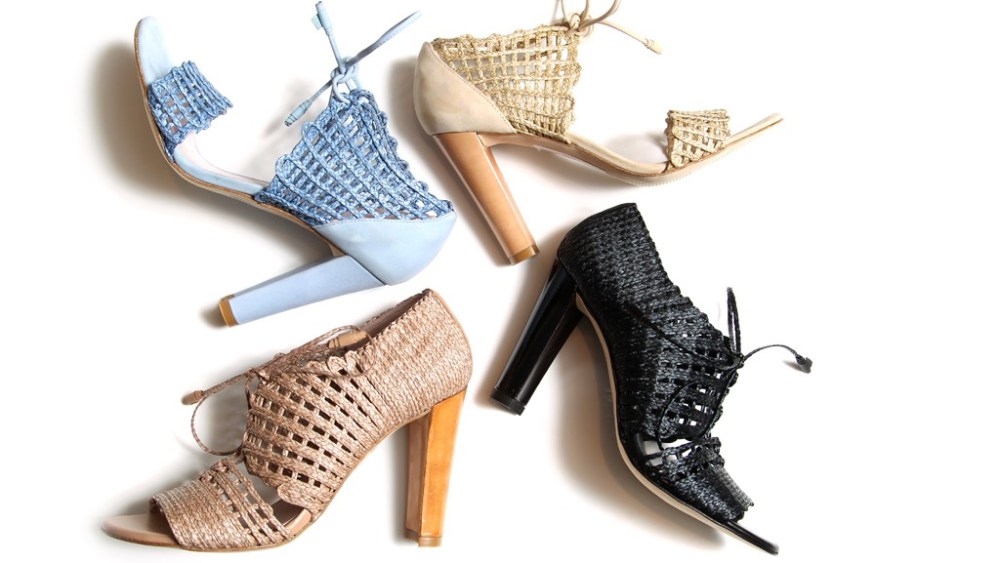 The first phase of growth for the company, though, was the move to a sprawling 24,000-square-foot global corporate headquarters on Madison Avenue here early last month. An additional 9,000-square-foot space on the other side of the floor will be completed by February for the global marketing, public relations, retail and Internet divisions.

“The Stuart Weitzman company has always been a great shoemaker, but [it] has now become an internationally desired brand in the luxury footwear market. By bringing a sexy and stylish edge to the forefront of communications, we’re shifting perception and emphasizing the appeal as a brand. A growing international retail presence is a part of this perception,” said Weitzman, whose company has been profitable for 24 of the last 25 years.

According to president Wayne Kulkin, the brand will open 40 international and 10 domestic freestanding outposts through 2014. The majority of these stores will be located in the Pacific Rim and Middle East — in countries such as China, Korea, Vietnam, Mongolia, Dubai and Bahrain (the latter two will open this fall) — with three quarters of these doors located in Mainland China. The remaining 10 will be scattered throughout North America in places like New York City, Palo Alto, Calif., Short Hills, N.J., Los Angeles, Dallas and Boca Raton, Fla.

As for China, “It’s not just about Beijing and Shanghai. There are 10 cities with populations of 10 million plus. There are other tier 1 cities — Chengdu is like L.A. — and then there are the tier 2 cities that have eight to 10 million people. There is such a thirst, it’s becoming the biggest consumer society on the planet,” Kulkin said, noting that 10 stores will open in Mainland China by the end of the year. Currently, there are three shops in Beijing, with three more coming in the near future. A boutique in Nanjing opened in April and Zhengzhou and Shenyang will open in September with local partners Jennifer Wang in the north and The Pedder Group in the south.

Beyond China, Kulkin and Weitzman are looking to India as the next emerging market. While the brand has no presence in the country yet, the two would like to enter the country in the next several years.

“Their consumer is young and educated. It’s worth gambling [with a retail location] there. We learned that with China. We could have been there two to three years earlier,” Kulkin said.

Developing markets aside, the largest global flagship to date will open in Milan in February — a two-floor, 3,500-square-foot door on Via San Andrea on the same block as Roger Vivier and Chanel.

“We wanted one store that would blow everyone away,” said Weitzman, seated among a plethora of new resort silhouettes that include satin evening booties and sandals with prominent Lucite heels. “A shoe company like ours in that world seems almost illogical, but wherever we’ve done that we’ve been successful. The Fifth Avenue store encouraged us to do that.”

While the majority of the business is in the U.S. (Kulkin estimated 8 to 10 percent growth this year), the location of the new flagship makes sense. He said international revenues comprise 40 percent of overall sales, and in the past four years alone, global penetration has grown by 15 percent. The next major initiative for the brand is to launch a global e-commerce site since its online door at stuartweitzman.com is currently the largest door. In 2011, global retail and e-commerce were up over 30 and 60 percent, respectively, due to the opening of new stores and Stuart Weitzman channels.

Strategically, Kulkin and Weitzman maintain that they’ve employed a “two steps back and one step forward” approach to the company. This means that they’ve pulled back in terms of distribution in the U.S., no longer working with retail partners that are unable to sell the product at full price.

“This is counterproductive to what we’re doing to try and build the brand globally,” Kulkin said. In the last five years, the brand has pulled out of more than 250 doors in the U.S. and added 150 new doors internationally that are able to “merchandise the product correctly.”

At the same time, the median age of the Stuart Weitzman consumer has dropped considerably. Although Weitzman said that the “55 plus” customer is younger than ever, the brand’s average consumer is 35 to 45 years old — compared with 10 years ago when she was 45 to 65 years old. This is largely due to more fashion-forward silhouettes, which comprise 40 percent of the overall line and retail from $355 to $695 (for boots) — as well as what the designer refers to as “pushing the envelope” styles, such as a $398 pair of “extreme” slingback platforms with a combination of red patent and floral material upper for the upcoming resort offerings. Thirty percent of product is still classic footwear — what Kulkin and Weitzman refer to as the brand’s “economic weapon” for its more mass appeal and $315 to $365 price range — and the remaining 10 percent is evening shoes. A decade ago, the breakdown was quite different: just 25 percent of shoes were fashion-forward styles, 10 percent “pushing the envelope,” 50 percent basic and 15 percent evening.

For fall, the company will unveil its higher-end SW1 collection of shoes and handbags — which Weitzman calls a “halo brand” for the company. Prices are comparable to luxury footwear brands such as Jimmy Choo or Manolo Blahnik, ranging from $595 for pumps to $795 for a bootie to $995 for a full boot, with handbags ranging from $800 to $1,500. Starting in August, the line will be carried at Neimanmarcus.com, Selfridges in London and Holt Renfrew in Canada.

Advertising is another area the brand has pumped capital into, and according to Kulkin, Weitzman has tripled the ad spend from 2011 to 2012. Mario Testino shot the spring 2012 and upcoming fall ad campaigns, which will appear in fashion publications in the U.S., Italy, France, Germany and China, as well as billboards and airport kiosks.

All this activity doesn’t interfere with Weitzman’s other passion: ping-pong. The table in the conference room of the company’s new headquarters doubles as a ping-pong table. When not hosting meetings, Weitzman is training with his coach of seven years (the designer declines to name him but does reveal that he’s the 15th best player in the world) and perfecting his game.

But Weitzman is in fashion, after all, so he doesn’t play with just any old paddle: his is covered with multicolored Swarovski Elements.