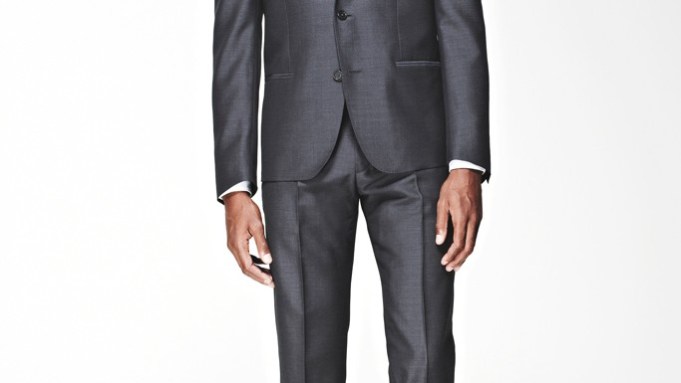 LONDON — Since at least the early Nineties, David Bradshaw has been wedded to men’s wear, editing Arena magazine, helping to launch collections such as Prada Sport, Miu Miu and Jil Sander, and consulting with a raft of others — including Alexander McQueen and Versace.

Now he’s moving into the spotlight with a collection of his own called Hunter Gather, which will launch with men’s wear and eventually add women’s wear, furniture, design and objects for the home.

The merchandise will be sold exclusively via the brand’s Web site, huntergather.com, and from a 5,000-square-foot stand-alone shop in London’s Marylebone starting in December.

Bradshaw, who was also the launch editor of GQ Style in Britain, said the Web site — which has been developed by Spring Studios — would have a strong editorial dimension in addition to e-commerce.

Bradshaw has gone for an eclectic approach: The label is being launched with founder-partner Chris Bailey, who was previously creative director of Jigsaw men’s wear, and with a clutch of writers, designers, photographers and stylists.

The start-up project is privately funded by the founders, including Spring Studios and Carmody Groarke architects in London.

Bradshaw said the men’s line will make its debut with “core essentials” and a similar women’s wear line will bow for spring.

“It’s a core collection built around the idea of all-year-round essentials that will always be available in the store and online,” Bradshaw said, adding there will be “fashion-focused” injections during each season.

Among the pieces in the launch collection are a peacoat, leather bomber and shearling jackets, a Prince of Wales check suit, a chocolate suede shearling car coat, cashmere scarves, printed T-shirts and a fresh take on the classic Grenson brogue.

He said the aim is for the collections to be well edited and offer “the right design at the right price, supported by fantastic imagery that defines the attitude of the clothes.”

The cashmere is made in Scotland, the tailored pieces in Portugal and Italy, and the denim in Turkey.

Bradshaw said Hunter Gather would sell at retail only, and there are no plans to wholesale. It won’t show on the runway, but Bradshaw is mulling doing an event during London Collections: Men in January. The new shop will be located at 13-15 Marylebone Lane, not far from Selfridges.

Bradshaw said he wants Hunter Gather eventually to become an archive of creative, inspiring objects that the team — or tribe, as he sometimes puts it — discovers during their work and travel.

“I am always searching for artifacts and samples, and they naturally have become an archive,” he said, adding that Hunter Gather also plans to collaborate with young, emerging talent in fashion, furniture and other aspects of design.