What to Wear for Hollywood’s Highest-Profile Events

Here, Hollywood’s top stylists share their choices to be chic and on fleek during the awards-show hustle. 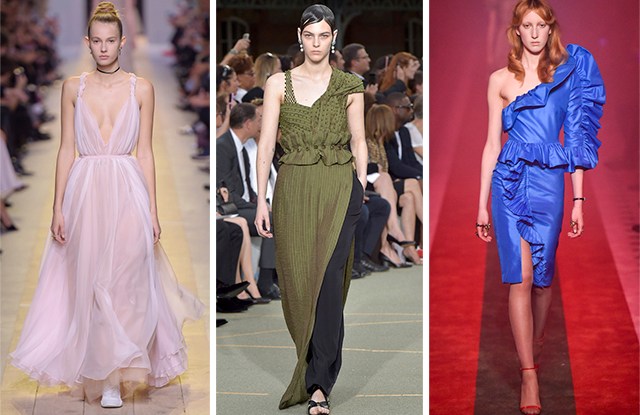 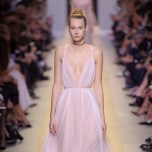 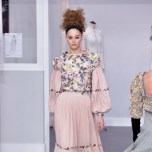 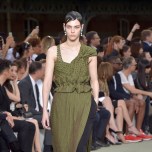 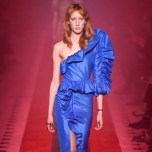 So many parties, so little time to shop. While being nominated for a golden statuette or receiving a coveted invite to an A-list event is a clear sign you’ve reached Tinseltown’s top tier, such honors are not without stress — at least when it comes to dressing. Here, Hollywood’s top stylists share their choices to be chic and on fleek during the awards-show hustle.

This story first appeared in the November 16, 2016 issue of WWD. Subscribe Today.

Diane von Furstenberg and Barry Diller’s Pre-Oscar Lunch
Stylist Brad Goreski suggests going floral for this intimate brunch, which is typically held the day before the Oscars at Diller and DVF’s Beverly Hills home. Goreski recommends a look from DVF’s chief creative officer Jonathan Saunders’ spring ready-to-wear collection. “Because we see a sea of dresses, wearing pants is a nice switch for a daytime event,” says the “Fashion Police” commentator. Meanwhile, stylist Micaela Erlanger chooses a one-piece from the collection. A stylish romper, she says, “is a modern take on Ladies Who Lunch.”

The Academy Awards
“The Oscars has the most gravitas,” says Elizabeth Stewart, whose clients include Cate Blanchett and Jessica Chastain. “It’s the ultimate event in red carpet.” Stewart works with designers like Armani and Givenchy on creations that are “speak to whoever is wearing it.” She says you can expect some risk-taking this year. “[People will be] pushing it a bit more, getting a little wilder.” Cher Coulter, stylist to Rosie Huntington-Whiteley, among others, says this Giambattista Valli frock from spring 2016 could be an Oscar favorite, while Nola Singer likes a Dior gown from the upcoming spring collection. “It’s a dress that allows you to have fun with accessories — which is the drama and excitement of the Oscars,” she says.

Gagosian Beverly Hills Art Opening
Goreski advises avant-garde is the way to go for this arty affair, which usually takes place the Thursday before Oscar weekend. He loves this ruffled cobalt blue cocktail dress from Gucci because it “screams art gallery” and “has an architectural flair.” Erlanger selected a red Valentino dress. “I love the graphic feel,” she says. “It’s as if you [are] wearing art itself.”

Independent spirit awards
“Five years ago, a lot of people would show up in casual looks,” Goreski says of the beachside daytime award show. “Now it’s another big carpet. You don’t want to go too dressy, but you can’t go too underdressed because a lot of actresses show up in really big designers.” He says this look from Alexander McQueen’s spring show strikes just the right balance. “The lacy, crochet quality and the illusion of the dress keep it nice and sexy, but it still has an edgy quality.” Erlanger opts for a more romantic vibe, selecting a feminine Giambattista Valli dress from spring as her top pick. “I loved the floral print,” she says.

Charles Finch & Chanel’s Pre-Oscar Dinner
Traditionally held at Italian eatery Madeo, this intimate sit-down dinner party is the hottest ticket in town. “It’s an opportunity to see key looks from the collection,” says Goreski, who cites this beaded dress as a favorite from Chanel’s fall 2016 couture collection. “This color is really on-trend. It’s one of those pieces that, when you see it walk down the runway, you know if it lands on the right person, it’s going to be one of the most talked-about looks.” Erlanger chooses a monochromatic look from spring. “I loved all the beautiful lace and frothy chiffon detail,” she says. “The cocktail dresses are a fashion girl’s dream.”

Golden Globes
Stylist Cristina Ehrlich likes the runway’s recent influx of embroidery, lace, and embellishment for this high-profile ceremony. “Designers are really exploring and playing around with mixing laces with beading. It’s fun if done on the right girl,” says Ehrlich. Coulter says she can see Elle Fanning wearing a Giambattista Valli dress, while Nola Singer says this olive green Givenchy look from the spring collection could be a Globes standout. “It’s unique, chic and fashion-forward. It makes a big statement before Oscars,” says Singer. “I love a dress, pant look. I think we might be seeing more men’s wear inspiration this season.”

Giorgio Armani’s Pre-Oscar Cocktail Party
At this chic cocktail soiree, Armani Privé is the only acceptable choice — little surprise given the event has long been held at Armani’s Rodeo Drive boutique the night before the Oscars. While narrowing down one’s favorite look is the hard part, Goreski singles out this long-sleeved, monochromatic dress from fall 2016. “These modern, simple silhouettes work well,” he says. “The high neck and the long sleeve is so pretty and the slit makes it sexier.” Erlanger’s choice is a glittery lavender dress from Armani Privé’s spring 2016 couture collection, noting it has “the right amount of glitz” for any pre-Oscar cocktail party.

Grammys
“There are really no rules at the Grammys,” says Law Roach, who works with Celine Dion and Zendaya. “People can do whatever they want. They can either go high-glam or they can dress like rock stars.” Janelle Monae’s stylist Maeve Reilly agrees: “The Grammys are definitely the most fun awards show. You can always expect the glitz and the over-the-top.” Coulter selects this look from Gucci’s spring collection as her top Grammy pick, while Singer says a plunging Saint Laurent mini from spring embodies the show. “It’s superchic. Even though it’s low-cut, if you’re built like Taylor Swift, it would look sexy and edgy,” says Singer. “I love the belt, but I would do a different, edgier shoe for Grammys.”