Dana Lorenz, Eddie Borgo and Alexander Wang are all nominated for the Swarovski Award for Accessory Design 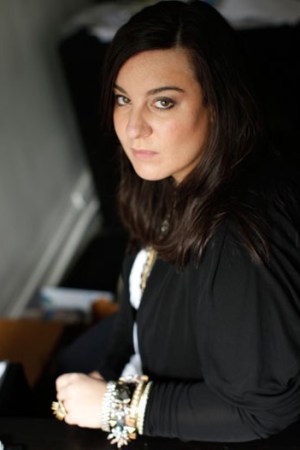 The halls of Donna Karan and Gucci headquarters are a long way from the fields of Iowa, where jewelry designer Dana Lorenz studied poetry as an undergraduate at the University of Iowa. Nevertheless, the former spots are where Lorenz — who also studied painting at the School of the Art Institute of Chicago — honed the unique blend of edge and elegance found in her signature collection, Fenton, and her lower-price line, Fallon. Fenton launched in February 2005 and quickly took center stage in stores such as Ikram and Barneys New York. In 2007, Lorenz started her diffusion line to target clients who couldn’t afford Fenton’s intricately layered and beaded range of bracelets, earrings and necklaces. Lorenz plucked inspiration from Fenton — whimsical pilings of chains, pearls and crystals — and infused Fallon with a rock ’n’ roll vibe. The quirky items recently found a distinctly high-profile home: Lorenz collaborated with megaretailer J. Crew for spring, with pieces starting at a very democratic $95.

Consider Eddie Borgo a designer’s designer: After all, he’s done jewelry collaborations for the runway with Marchesa, Phillip Lim, Camilla Staerk and Joseph Altuzarra (a Swarovski women’s wear nominee), among others. His wares have a distinct versatility, evoking a sexy toughness (his spring expansion into men’s pieces was no big surprise). Inspired by New York street culture, Borgo, who launched his collection for spring 2009, focuses on texture and depth, creating spikes, cones and triangles out of materials like onyx and pearl. Boldness is a Borgo standby, but his punk aesthetic is conveyed via clean, easy pieces, such as a simple black onyx spike bracelet that rests flat on the wrist. Despite launching in a year universally unkind to high-end designers, Borgo has found an international fan base — he’s already stocked at boutiques as far flung as Beirut and Melbourne.

(Alexander Wang, also nominated for the Swarovski Award for Accessory Design and Womenswear Designer of the year, is profiled here.)