Designers Patrik Ervell, Richard Chai, and Simon Spurr are this year’s nominees for the Swarovski Award for Menswear. 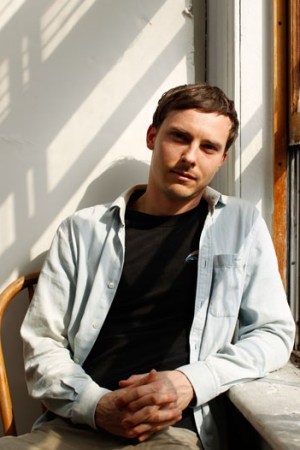 New York is brimming with youthful creativity in men’s wear, and this year’s nominees embody it in diverse ways.

Patrik Ervell consistently has shown that American sportswear can be insistently modern, free of cliché and presented without artifice. He worked as an editor before he became a designer, and this background seems to help him approach design as the expression of a concept rather than a merchandising exercise. And yet the clothes are totally wearable for a young man. This year, he continued to experiment with technical fabrics for outerwear, and worked with new proportions while staying in the zone of clean, sporty essentials.

Richard Chai launched men’s in 2008, but his experience in it goes back to his time designing for Tse, Marc Jacobs and Marc by Marc Jacobs. For spring — in only his second men’s show — Chai showed an outstanding grasp of volume and youthful proportion. He balanced ruggedness with urban dynamism. For fall, he worked with elongated shapes and lightweight fabrics that allowed for liberal and creative layering.

This year, Simon Spurr went from creating denim-friendly American sportswear (Spurr) to also standing behind a designer collection with a European sensibility (Simon Spurr). The change was clearly under way when the spring presentation surpassed all expectations with its chic tailoring, sophisticated weekend looks and rakish details. By the time of his inaugural runway show, for fall, the English-born designer had the most refined tailored clothing of his peer group.