Prabal Gurung, Jason Wu, and Joseph Altuzarra were all nominated for the Swarovski Award for Womenswear.

By Venessa Lau and Sarah Haight on June 1, 2010
View Slideshow 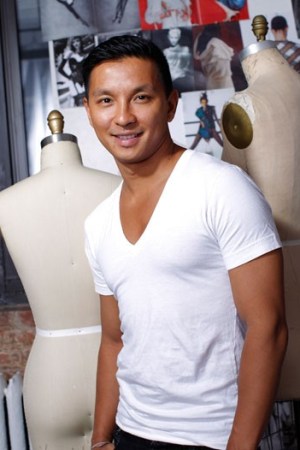 Prabal Gurung, one of Michelle Obama’s fashion go-to guys — the First Lady wore his dresses to the recent White House Correspondents’ Dinner as well as an official visit to the Smithsonian — may be best known for ultrarefined eveningwear, but in the past year, he’s headed into the sportswear arena. He explored edgier terrain for fall 2010 (inspired by Hell’s Angels). But he has no plans to abandon his posh, tony design roots. “I live downtown. My friends dress in jeans and T-shirts,” says Gurung, who’s launching an educational foundation in Nepal, where he was raised, this year. “As a designer, it’s more of a challenge to look uptown and imagine this chic, polished world — with a bit of cool.”

Though Jason Wu’s name became a CNN buzzword on a cold January night in 2009, he has been a fashion industry darling nearly since launching his women’s collection in 2006. With a 2008 CFDA/Vogue Fashion Fund nomination and a Fashion Group International Rising Star award under his belt, Wu seems to have hit upon a freshly feminine look: cinched-waist shifts, elegantly tailored coats, chic pencil skirts and flouncy garden-party dresses, many worked from entirely original prints, like an Irving Penn photo or Kara Walker-inspired swirls. But the Taiwan-born designer — who jetted to Paris to study the craft at the ripe old age of 14 — has a knack for whipping retro-style pieces into thoroughly modern looks for the contemporary power woman (see Obama, who it sometimes seems wears a Wu every few official appearances). Another example: his pre-fall 2010 collection, inspired by Pan Am stewardesses of the Fifties and Sixties, with cool uniform numbers in dark and pale blues, sleeveless wool vests and a series of short, strapless evening looks that were both chic and efficient.

“I was really interested in the transformative effect of clothing,” says Joseph Altuzarra, 26, of his initial interest in fashion. As heady as that sounds, Altuzarra’s pursuit of high style has more practical roots. “I was really kind of nerdy in school,” the native Parisian explains. “I thought that, if I bought the right clothing and had the right hairstyle, I’d be popular somehow, which never really worked out.” But it did push him into a career in fashion. After studying art history at Swarthmore College, Altuzarra interned at Marc Jacobs in New York in 2005. Then came a stint at Proenza Schouler and a yearlong apprenticeship with New York patternmaker Nicolas Caito, who encouraged him to go back to Paris, where two years spent working for Riccardo Tisci at Givenchy would be his most formative. Like Tisci, Altuzarra strives for steamy seduction in his clothes — thus, the body-conscious silhouettes and heat-seeking attitude of his girls. “I’m not very big on flou,” he adds. While his first collection for spring 2009 struck a minimalist chord, the next season laid the groundwork for his twofold focus on sharp tailoring and sexy draping. For spring, he added a patchwork Seventies vibe, and for fall, a Gothic Tim Burton slant — fierce lace-up catsuits, leather pants and beastly fur jackets. The latter, said many, was his breakthrough outing, and he agrees: “It was the most Altuzarra. Everything came together.”