Taking a Chance on CityCenter in Las Vegas

Several big-name jewelers are rolling the dice on CityCenter in Las Vegas.

By Rachel Brown and Anne Riley-Katz on November 16, 2009
View Slideshow 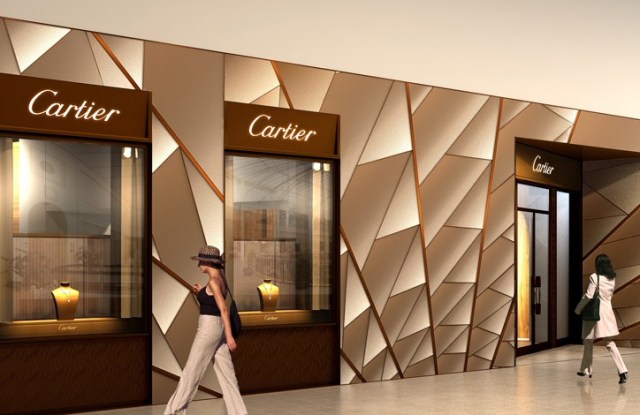 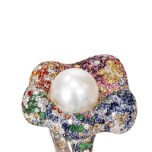 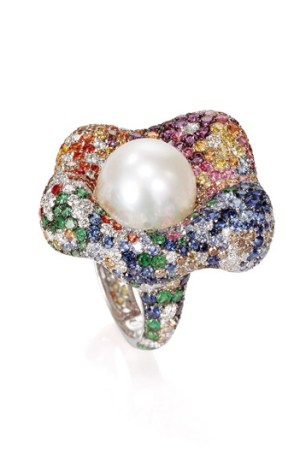 Several big-name jewelers are rolling the dice on Las Vegas.

CityCenter, the hotel, entertainment and shopping development once hailed as the potential savior of a down-on-its-luck Las Vegas Strip, is slated to open next month — and major luxury firms are betting on its success.

Brands are anxiously watching the Crystals, the project’s palatial, 500,000-square-foot retail, dining and entertainment complex, regarded as a harbinger of the luxury market in a town where visitor traffic and related retail sales have dropped precipitously. The glittering development, valued at about $11 billion, has drawn top-tier jewelers including Bulgari, Cartier, Dior, de Grisogono, H.Stern, Louis Vuitton, Mikimoto, Swarovski and Tiffany & Co.

While some stores will begin to open in early December, the grand opening for the center is set for Dec. 15 to 17. But the project is phased, with other luxury brands such as Hermès, Versace and Fendi not opening until January.

The luxury sector, jewelry in particular, has been hammered by the recession, and even for optimistic merchants, opening any doors, especially in the troubled Las Vegas market, before an economic recovery takes root is a big gamble.

“We’re confident it will come back in time,” said Giovanni Mattera, de Grisogono’s vice president for North America. “We’ll endure the pain now and hope we are in the better position for it.”

Long a bastion of pricey, opulent merchandise that appealed to impulsive high-rollers on a winning streak, Las Vegas has changed over the past two years. For firms like de Grisogono, the first Crystals tenant to sign on, things looked quite different three years ago when the Swiss luxury brand agreed to enter the project.

“At that point, the economy was strong and we thought that Las Vegas would have been a better place, a city where we would do better than other cities in the U.S., so we took the opportunity at the time because it seemed like a great idea,” Mattera said. “We did have second thoughts for a while, but decided we need to think positively and are proceeding. Unfortunately, times are what they are and have hit our market particularly hard.”

Like many landlords trying to keep things on track, developers MGM Mirage and Infinity World Development Corp., a subsidiary of Dubai World, rewarded the loyalty of early signers and lured new ones by offering concessions, including deferred rent for de Grisogono and others. Still, the question remains if newly frugal consumers, who have eschewed conspicuous consumption and become loath to open their wallets amid the downturn, will return to their high-rolling ways when the economy eventually rights itself.

Las Vegas has had a particularly harsh streak of bad luck. The unemployment rate rose to nearly 14 percent in September, home prices remain more than 50 percent below their peak and foreclosure rates on a per-household basis continue to be among the highest in the country.

“Obviously, tourism is down dramatically and, more importantly, luxury spending is down dramatically as well,” said Andrew Jassin, managing director of the Jassin-O’Rourke Group consultancy. “CityCenter may be at the wrong moment in time to have a valid opinion of how it will do. Nobody knows how jewelers who have multiple locations in Vegas will do currently with the lack of traffic. Also, there is a lot of duplication. This is not the greatest moment in time to consider opening a store.”

Several previously announced retailers, such as Roberto Coin and Rolex, pulled out of the Crystals, which has seen delays and major scalebacks in the face of the tough economy.

Peter Webster, a partner in Roberto Coin, said the frailty of the Vegas market was paramount in his company’s decision to opt out of the Crystals.

“The Vegas market is obviously weak like everywhere else,” Webster said. “We were thinking of going into CityCenter; we just felt the timing was wrong. Had it been three years down the pipe, we probably would have been very enthusiastic. We feel that any expansion at the moment has to be carefully thought out. We changed our mind.”

Even brands that believe the risk of opening in a recession will net a huge payoff down the road are hedging their bets.

Hermès, which now has three boutiques on the strip, will close its Bellagio store in favor of the new flagship at the Crystals. Dior, which has three freestanding boutiques in the city, will reevaluate renewal of its existing leases as they expire.

“We think there is potential for growth there, but we’ll certainly reconsider things as they come up,” said Pamela Baxter, Dior’s president in the U.S. “Our Crystals store will be our new flagship, and we’re hopeful about the market. It’s an outstanding property; we believe the demand exists to support it.”

CityCenter is a stark reminder of headier days. Many Vegas retailers and casino operators, who have been in dire straits over the last year, have pinned their hopes on the success of CityCenter and the Crystals, grudging adherents to the notion that the behemoth ultraglam resort is the rising tide that will lift the rest of the Las Vegas strip.

If the project does thrive, it won’t have been without clearing major obstacles. MGM Mirage has had debt problems and financing difficulty, one of six planned towers at the complex was cut to half its planned size and a condominium portion of the project was scrapped. In its third-quarter earnings statement this month, the casino giant took a $955.9 million writedown on the value of the project.

Nor is CityCenter alone. Wynn Resorts saw a $51 million decline in its net income from the second quarter and General Growth Properties Inc., which owns and manages more than 200 U.S. malls, including Las Vegas’ Fashion Show, Grand Canal Shoppes at The Venetian and The Shoppes at The Palazzo, announced last year it would sell three of its Vegas properties before it filed for bankruptcy this spring.

But analysts say some form of a comeback is in sight for Sin City.

“The bookings are looking a little bit better, and that would lead us to believe that consumers are opening up their wallets a little bit,” said Grant Govertsen, analyst and principal at Union Gaming Group in Las Vegas. “They are feeling more comfortable about retaining their jobs and therefore, more willing to come to Vegas and spend their money.”

The image of Vegas as a mecca for free-spending high rollers has also taken a beating, and bargain hotel rooms, shows and buffets now abound. But major brands believe the hedonistic lure of the town will return as the economy improves.

“You are in a place where people enjoy life, and jewelry is part of that enjoyment,” said Pierre Rainero, Cartier International’s image, style and heritage director. “It’s a very specific context, an of-the-moment type.”

First-to-market retailers in CityCenter like Tom Ford, Assouline, Kiton, Miu Miu, Paul Smith, Porsche Design, H. Stern, Marni and Boutique Tourbillon are big draws. Despite the high concentration of jewelry brands, the exclusivity helped convince de Grisogono it had made the right choice, and Mattera said the company is pleased with its neighbors.

“In general, our philosophy has been that the tenant mix will draw people, the fact that there will be other jewelry brands makes it more appealing,” said Edward Gerard, Tiffany & Co.’s general vice president of retail. “We realized the strategic importance of having a flagship in the Crystals.”

“Our feeling is that the market can bear at least three Tiffany shops…and the goal is to make Tiffany more accessible to our customer,” Gerard said. “We will have the broadest assortment at [the Crystals] location and know it will be a must-see project.”

But even those bullish on the Las Vegas market concede it will take time before the Strip flourishes again.

“The Strip is a macro place,” said Govertsen. “It really depends on the broader economic health of the United States. You have to wait for the economy to really start to improve.”