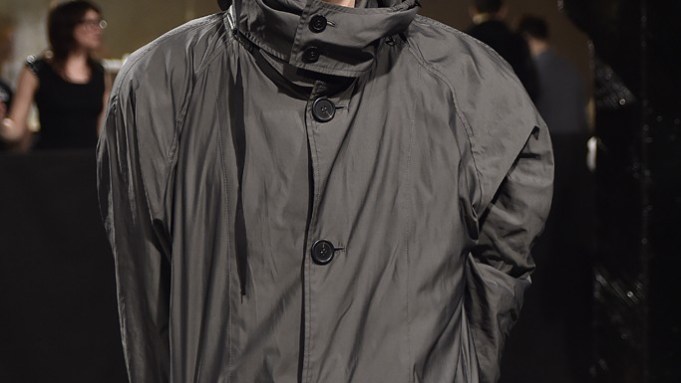 Hyères, France — Young designers in France are finding their place in the sun — and on the French Riviera, no less.

The 29th Hyères International Festival of Fashion and Photography, which wrapped its four-day run on Monday, trumpeted record attendance, suggesting that a renewed focus on fashion prizes is bringing additional attention, and money, to upstart talents in need of a boost.

“You often hear that nothing is happening [for young designers] in France,” said festival founder Jean Pierre Blanc. “But when you add the schools, the Hyères festival, the LVMH prize, the Andam award, the fashion federation, Mode et Finance [the French venture capital firm], the IFM school.…It is perhaps not so glamorous, but it does add a large amount of support, and it is very professional.”

To be sure, French brands are flexing their sponsorship muscles. Chanel signed on as a major partner of the festival this year. Other new supporters include Nina Ricci and Vilebrequin, adding to a list of donors that already includes Première Vision, LVMH Moët Hennessy Louis Vuitton, Chloé, Petit Bateau and Galeries Lafayette. For the first time, Chloé awarded two winners, doubling its donation.

“I’ve always thought that everyone should sit around the table. I hope the houses that are not present yet will be in a few years. It is important that support is provided by the entire luxury sector,” Blanc said.

According to Blanc, one of the reasons for the renewed interest and support from big companies is their increased need for emerging talents. As companies are getting more global, they are multiplying their creative studios.

On the other side, young designers need more support, also due to the difficult economy. “There are more prizes but it doesn’t mean it is easier for us to get in,” said Louis-Gabriel Nouchi, a student in his fifth year at La Cambre school in Belgium who was among the 10 finalists.

Blanc noted that the festival would this summer inaugurate a design workshop near the Villa Noailles, the nerve center of the event, where young designers will be hosted and have a place to work. The first are to be welcomed next January.

Despite its laid-back appearance — with the fashion crowd lounging on the lawns in their statement sunglasses — the festival has evolved into a think tank where the future of fashion is shaped via discussions and round tables.

Toledano said he followed his instincts when he tapped Alber Elbaz at Guy Laroche in 1997. “I saw his writing paper engraved with his first name with the T missing at his first name. He clearly understood that you have to stand out, to be ambitious and that he thought about his brand,” he recalled.

He also explained that a brand’s DNA is dynamic, rather than static, shaped over time by its successive creative directors, alluding to his long tenure at Chloé overseeing three distinct British designers: Stella McCartney, Phoebe Philo and Hannah MacGibbon.

RELATED STORY: Catching Up With Steve Hiett at Hyères >>

There has been a shift of power, with the executive taking the lead over the designer, according to Toledano. “In 25 years, fashion went from a craftsmanship to an industry,” he said. Many brands are part of big luxury groups, so their growth strategy isn’t in the hands of the designer. It is up to the manager to choose a new artistic director when there are changes in the house. Toledano explained that to ensure success, there has to be a constructive dialogue between the designer and manager and a dialogue between the designer and the founder of the house.

Kenta Matsushige, 25, won the Première Vision Grand Prize with a collection inspired by architect Tadao Ando and traditional Japanese kimonos. He was one of 10 international designers competing for the prize, valued at 15,000 euros, or $20,768 at current exchange, a list that was whittled down from around 400 applicants.

Lim and Leon, who are also on the LVMH prize jury alongside the likes of Karl Lagerfeld, Riccardo Tisci and Marc Jacobs, said they’re always on the hunt for talent.

“We are doing a big focus on Belgium [for Opening Ceremony]. We have just been to La Cambre, to the Royal Academy [of Fine Arts in Belgium], etc. We are still on the lookout for all different types of designers,” Leon said, characterizing jury duty “as part of the whole process [of supporting designers].”

The narrative abilities of candidates impressed the jury presidents.

“Carol and I are so much about storytelling. It is great because in school, you have to show your inspirations,” Leon added.

Chantal Gaemperle, LVMH’s group executive vice president for human resources and synergies director, said: “We believe that the creative talent has no age, no boundaries, no education ‘type.’ Graduating from a fashion school is definitely an asset to join a studio and work as a stylist or designer. Revealing a brand, igniting desire require much more than a good degree,” she said, characterizing Hyères as a great scouting venue.

Yiqing Yin, now creative director at Leonard, recalled when she won the Hyères prize in 2010: “Hyères has been a stepping stone for me. But it was only the beginning. I feel I knew nothing then. I was very naïve, but it is good to have the prize because it encourages you,” she said.

The designer, who has recently benefited from Mode et Finance’s financial investment in her signature brand, noted she would skip couture week in July to focus on pre-collection and her ready-to-wear line.

For the first time this year, Chloé, a major partner of the festival for the past three years, awarded two winners — Liselore Frowijn, 22, and Roshi Porkar, 26, both of whom received an award valued at 15,000 euros. Porkar, who has just finished an internship at Lanvin, presented a collection of coats in wool or alpaca with fake fur. “For me, it was refreshing to do something different for Chloé,” she said.

Opening Ceremony’s Song praised the Ukrainian candidate Yulia Yefimtchuk, who received a jury’s special mention for her graphic dresses festooned with slogans in her native language. “I loved her collection. I think the message is simple and strong,” she enthused.

French designer Coralie Marabelle won the public prize from the city of Hyères for her felt cape covered with hand-painted organza and felt pleated skirts.

“I go with the flow,” said Sevigny, who came to Hyères with her art director beau Rene Navarrette. She enthused about dresses in cotton canvas created by Satu Maaranen, last year’s winner, who paraded 11 looks that she made with Première Vision fabric producers. Her capsule collection for French high-street label Petit Bateau sold out at the small boutique at the Villa Noailles over the weekend, ahead of its worldwide release to 400 stores on Monday.