While many have voiced the need to address changing consumer patterns and shift the fashion cycle, Mellon has made it the core of her business model. 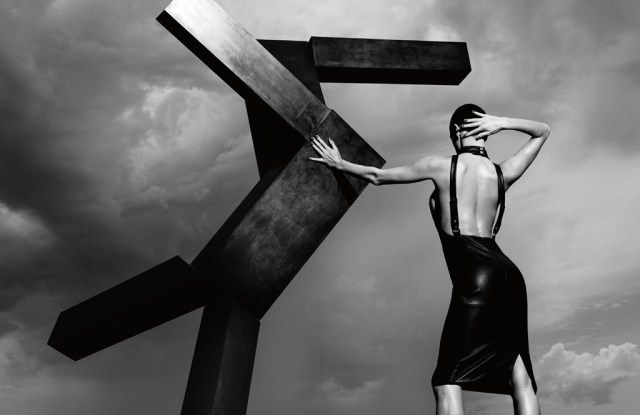 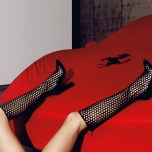 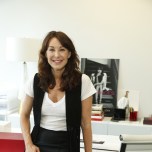 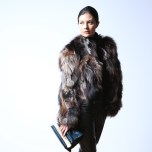 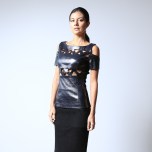 NEW YORK — By fashion norm, Tamara Mellon’s approach to her own label is somewhat unconventional. The London native provides monthly fashion concepts that reach retail in season (i.e., no sundresses in February or fur coats in July) and deliberately narrows the time from showing merchandise to buyers and press to store delivery to about three months.

Whereas many others have voiced the need to address changing consumer patterns and shift the fashion cycle — Donna Karan among them — Mellon has made it the core of her business model. One year after the label was launched, she stands by her conviction.

“For me, it’s been so much fun to start something from scratch again,” said Mellon, sitting in her modernist glass office high above Manhattan’s Madison Avenue. “It’s been more heavy lifting than I thought, I suppose. Maybe some of the challenges [were] with the business model.”

With her own line of ready-to-wear, footwear and handbags, the executive, who earlier transformed Jimmy Choo into a household name, wanted to offer a way to correct some of the challenges that retailers face, which she likened to those of the music industry. Just as fewer people are buying their CDs at record stores and instead download music instantly online, fashion consumers can shop for clothes in a variety of ways and not only through department stores.

“[Consumers today] live in a different world, and so with my business, I didn’t want to do seasons,” Mellon said. “I did monthly fashion concepts of things you can buy today and wear tomorrow. That’s been a challenge, because I started the first year with wholesale.”

But, she added, “Everyone has been incredibly supportive and most department stores have come in and said to me, ‘We know the business has to transition; we just don’t know how to do it yet.’”

The brand is positioned between the upper contemporary and entry designer level. Shoes retail from $400 to $1,995, with an average retail price of $795. Rtw is priced similarly, starting from $395 for blouses to $995 for dresses. Handbags carry a suggested retail price of $795 to $995.

Flicking through the brand book, Mellon points to categories she hopes to launch, including lingerie, swim, sunglasses, watches, jewelry, fragrance and cosmetics. These will be mostly licensed, and, where possible, play into her business concept.

Given her philosophy, though, she doesn’t see the bulk of her business in wholesale. Citing such success stories as Warby Parker and Nasty Gal, Mellon is aggressively looking to direct-to-consumer digital models as the driving force, along with freestanding retail, which is planned for London and New York early next year, though there are no specific locations yet. The company is also working on pop-up shops, which could open as soon as next month in such markets as New York, London and Los Angeles, as well as Palo Alto, Calif.

“Our first focus is through e-commerce and mobile,” said Glenn McMahon, the company’s president and chief executive officer. “That would be complemented with a series of freestanding stores in key flagship markets, and pop-up stores.

“Wholesale distribution will be a part of it, but we are not going the traditional distribution route,” he added. “We are having exploratory conversations with wholesale partners about concession business models so that, even in our wholesale channel, we would control our own destiny.”

On the digital front, the company worked with London-based creative agency Wednesday to develop Tamaramellon.com, which had a soft launch in March. After some fine-tuning, McMahon said the firm will promote the site more aggressively with targeted marketing through social media, particularly Facebook. To that end, Wednesday also just enhanced Mellon’s mobile site to allow e-commerce from phones, which will be available beginning Thursday. “Over 30 percent of traffic already comes from mobile,” McMahon said. “We feel convinced that that’s how our customer wants to shop.”

Integrating the digital and brick-and-mortar experience is key to the strategy. “You treat both as an omnichannel, so you can order online and deliver it back to the store,” Mellon said. “The store can ship to you. It’s almost the same. We won’t have two separate inventory lines. That’s how I see the future of fashion.”

Reflecting on her experiences at Jimmy Choo, which she articulated with refreshing candor in her book “In My Shoes: A Memoir,” Mellon said several lessons learned are proving quite useful now. “When I talk to students who want to have their own brands, I tell them there’s a magic number they can never forget and it’s called 51 percent,” she said. “That never gives someone control of your business.”

When it comes to funding, she is also quite specific about finding the right partners who share her long-term vision. Sandbridge Capital LLC, which also has a minority investment in Derek Lam, is one of her investors.

“When you’re building a business that’s your own, you look at it for the long term,” said Mellon, who twice sold Jimmy Choo to private equity funds and, in the process, amassed significant personal wealth. “You will take risk in certain areas that may not pay off in the next two years, but you know will pay off in the future. The funds that I worked with [at Jimmy Choo] wanted to come in and out within two, three years. They were only focused on the short-term success and increasing it in any way they can, which could be underpaying staff, cutting costs and using lower-quality components to increase profit margins. That’s not the way a founder thinks.”

Looking past her first year, Mellon is confident about the next steps. “My vision for the brand is still what it was when I was writing the business plan,” Mellon said. “Creatively, I have a vision. I know who I am and I know what I want it to be.”

Said vision has received positive feedback at retail. In its first year, the line has been available through 70 doors including Harrods, Harvey Nichols, Nordstrom, Saks Fifth Avenue and Bergdorf Goodman.

“The collection has been enthusiastically received by our customers and by our selling associates from the moment it arrived in the store,” noted Ken Downing, senior vice president and fashion director at Neiman Marcus, which sells the collection in more than 10 doors. “There is a real subtle sexiness to it that our customers like; the price points are very good for the look. [The customers] love the fact that she has embraced the idea of in-season fashion and delivering clothes in the moment — as opposed to being too ahead of the fashion moment — because customers understand buy-now, wear-now more than ever.”

Net-a-porter president Alison Loehnis echoed the sentiment. “The customer has responded really well,” she said. “It’s not just the U.S. customer, or the French or British customer. It has resonated globally.”

Loehnis cited sales across all the stockkeeping units, but singled out black-and-white georgette blouses and a leather fringe midi skirt as among standouts. Mellon’s own fashion profile and success story adds to the appeal. As Loehnis put it, “It also allows the customer to buy into her lifestyle.”