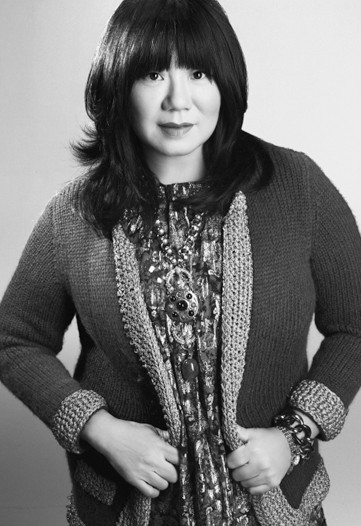 As the discount retailer pushes to bring designer names to the masses, Sui will be the second participant in Target’s Designer Collaborations series.

Bowing on Sept. 13 on target.com and in about 250 select stores across the U.S., Anna Sui for Target will be available through Oct. 17.

Sui, this year’s winner of the CFDA Geoffrey Beene Lifetime Achievement Award, has estimated annual sales of $20 million at wholesale, 14 global fragrance and cosmetics licenses and a 42-store franchise in China, Japan, Taiwan and Kuwait.

“I have always been a fan of designer partnerships with mass retailers,” Sui told WWD exclusively. “I think it is a great way to bring fashion to everyone. I love Go International and was intrigued with Target’s new take on designer partnerships. It’s a fresh approach. I was able to select a muse or source of creative inspiration to focus the collection around. It is an exciting challenge to try and interpret my aesthetic into a mass-produced product with a specific inspirational source as the focus.”

Target’s Go International initiative is sold in nearly all the chain’s stores and focuses on young or emerging designers. Names the retailer has featured in the past include Luella Bartley, Proenza Schouler, Behnaz Sarafpour, Rogan and Richard Chai. Industry sources have estimated the Go International program does more than $100 million in annual sales.

Despite initiatives like Go International, Target has never recaptured the fashion momentum it had when Isaac Mizrahi was doing an exclusive line for the retailer. In the last year or so, the Minneapolis-based chain has lost ground to Wal-Mart Stores Inc. as its comparable-store sales growth has slowed in the tough economy and it has been perceived as being more expensive than its rival.

Bill Dreher, an analyst at Deutsche Bank, said Designer Collaborations could be just the vehicle Target needs to regain momentum in the apparel area.

“Go International brings in designers that most people haven’t heard of,” Dreher said. “For the most part, it doesn’t have the broader audience appeal of Target’s historic successes like Isaac Mizrahi, Mossimo and Merona.”

So far, Target’s Designer Collaborations choices have both been well known among fashion consumers, Dreher said. “Go International is really for the hard-core dedicated ‘Sex and the City’ type of customer,” he added. “Anna Sui is a very big deal. She’s available at Saks Fifth Avenue and Nordstrom and all over the Internet. These are sort of hotter designers. They’re not sunsetting like Isaac Mizrahi [was when he first was signed].” The collaborative element further serves to broaden the audience of Designer Collaborations. ‘“Gossip Girl’ is very mainstream,” said Dreher. “Not only will it attract Anna Sui clientele, but ‘Gossip Girl’ fans. It’s going to appeal to a wide range of 15- to 34-year-olds. I love the cobranding of it and I love it that it’s names we’ve heard of. It covers a lot of bases.”

While the names might be more well-established in the Designer Collections program, a Target spokesman said the design is “meant to push the fashion envelope for Target. We are looking for designers who are edgy and bring something unique to the floor pad and share our vision. The idea of Go International is similar but a little different. There are [Go] collections that tend to be more fashion forward. [Alexander] McQueen was really pushing the envelope even further for Target.”

McQueen chose as his muse Leila Moss, the lead singer of British band The Duke Spirit for the collection he launched in March. “We’ll find that both younger and older shoppers will dip into the collection,” a Target spokesman said at that launch. “One of the goals of Designer Collaborations and the heavy marketing push we have is to attract shoppers to our stores, including consumers who don’t shop our stores on a regular basis. We want to increase frequency and encourage first-time shoppers to Target.”

This is not Sui’s first retail partnership, however. “We’ve been working with Anthropologie on special dress and sportswear programs for about two years,” she said.

Sui’s designs are infused with her rock ’n’ roll devotion and current cultural obsessions. The four main female “Gossip Girl” characters have worn her clothing on the show. “When I was in Asia last year, all the young girls kept asking me about the different locations in New York City where the characters from ‘Gossip Girl’ live,” she said. “I liked the idea of creating a collection reflective of each characters’ style, sensibility and unique approach to fashion. By combining the elements of art, city, spirit, punk and glamour, we created a collection that exudes New York City fashion.” Sui used materials such as metallic jacquards, herringbone, silk and chiffon and detailing with tulle, lace and sequins.

“Target was very respectful of my craft,” Sui said. “They want the product to be completely Anna Sui. If you maintain quality, partnering with a mass retailer will only help you. What I, and other designers who partner with mass retailers, hope to gain is stronger name recognition and simply more people wearing our designs. In this economy, I am really fortunate to be able to offer the fashion-eager public affordable, yet high design.