The former Topshop designer joined the British brand last year and this is his first collection. 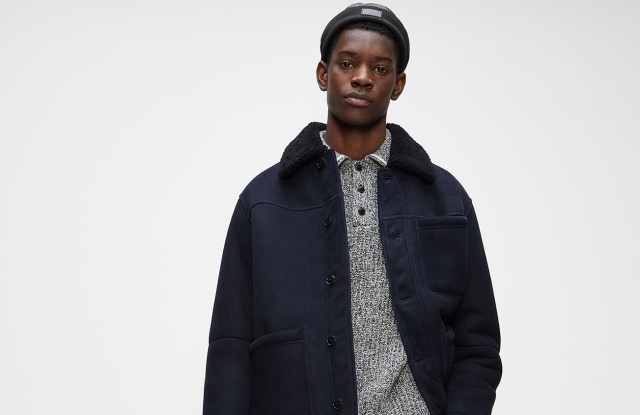 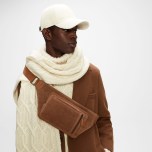 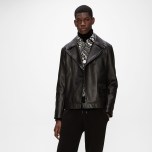 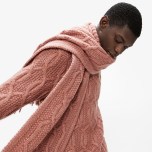 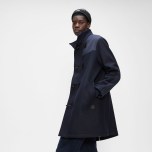 Ted Baker is lightening up for fall, thanks to the vision of its new global creative director.

Anthony Cuthbertson, whose résumé includes Topshop, Roberto Cavalli, Sass & Bide, Rene Lezard and Burlington/Ralph Lauren, among others, joined the U.K.-based brand last fall. For his first full collection, Cuthbertson offered up a more-relaxed and cozy assortment intended to address those working from home and trying to navigate a seemingly endless pandemic.

“We’re rewriting the codes to make them more relevant to today,” Cuthbertson said in an interview from his London studio. “We’re bringing more casualization to everything we do.”

Ted Baker has built its reputation on offering more-tailored pieces in an array of bright prints. But while there’s still some of that in the collection, the new direction is broader and much less formal, and offers an expanded assortment of outerwear, knitwear and accessories.

“The brand has some great history,” he said, adding that is a quintessential British label that has historically brought “a bit of humor” to its offering. But the Britain of today has changed and Cuthbertson has created a collection intended to blend “modern references and nostalgia.”

“For me, there’s a juxtaposition of art, e-commerce and fashion. Ted was always at the forefront of that,” he said. “And we want to bring that back.”

He said the pandemic definitely informed the design process for him this season. “Everything is softer, looser, more relaxed and at ease,” he said. And there’s a lot more layering, which speaks to the “protective” mood most people are feeling.

For women, that translates into a color palette centered more around nudes and blushes with accents of poppy, candy and mulberry. Cuthbertson offers up new proportions such as a floor-length, double-face, wool-blend duster coat and wide-leg, floor-length pleated trousers. The assortment also offers a variety of textures including 14-wale corduroy pants, fleece-back hoodies and joggers that can double as loungewear. Cartoon-like characters on sweatshirts and T-shirts provide a shot of humor.

There is a newly developed casual day-to-night wardrobe of mesh jersey tops in blurred prints, canvas trenches and pleather trousers along with raw-edged denim and oversize jacquard knitwear. Holiday offers faux fur, leather and satin material and jumpsuits with split-hem legs and double-breasted tuxedo jackets paired with jersey cycling shorts. Accessories offer a bohemian mood, while footwear styles are heavier than in past seasons.

For the men’s range, the collection is more relaxed and youthful with soft tailoring, technical outerwear and cozy leisurewear. There are distorted argyle knits and photographic jerseys inspired by the British music scene of the 1960s. The color palette for the early part of the season centers around grays with hits of orange and a new script branding while as holiday approaches, the colors get warmer — tobacco, rust and olive — in Sherpa fleece, textured wools, nylons and cottons.The key piece in shirts is the “shacket,” Cuthbertson said, which he offers in patterns that includes florals and abstract camos.

Last fall, Ted Baker created a special Made in Britain collection of premium, luxury product positioned at the upper end of the range. The collection was manufactured in London and Leicester, England and is intended to be the “icing on the cake” of the Ted Baker collection, he said.

But for now, the focus is on the more-extensive mainline of men’s and women’s wear.

Jennifer Roebuck, chief customer officer, said: “Since joining the brand as global creative director, Anthony has set an unexpected and exciting design direction for both men’s wear and women’s wear. We see his vision come to life in our fall 2021 mainline collections, with a more relevant and casual offering that we hope will amplify the brand to new audiences.”

The shift in fashion direction comes amid a major restructuring at the company. Last summer, the company said it was preparing to slash 500 jobs, or about 25 percent of the workforce, including roles at its head office. COVID-19 only exacerbated a difficult situation at the company, which has issued a series of profit warnings over the past year and has been battling with accounting and management troubles.

Earlier this year, Rachel Osborne, Ted Baker’s chief financial officer, was promoted to the role of chief executive officer. She was the third person in 12 months to hold the top management role at the embattled company, which was caught up in major controversy last year when its founder, Ray Kelvin, was forced to resign after sexual misconduct allegations surfaced.