Temperley to Open Pop-up Shop in the Hamptons

Temperley will open a pop-up shop and host a party with Christy Turlington to celebrate on July 18 at the temp location in East Hampton. 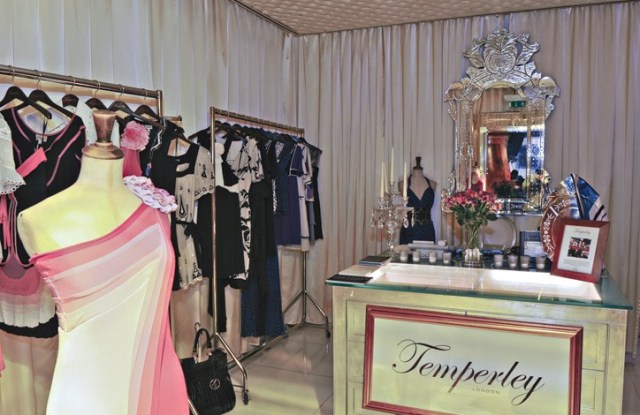 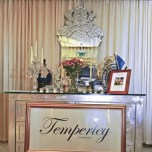 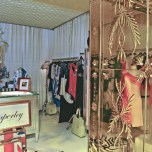 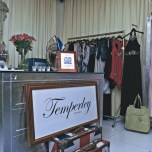 LONDON — Temperley is broadening its reach, aiming to drive sales with two pop-up shops opening this month and an e-commerce site set to bow in July.

This story first appeared in the June 18, 2009 issue of WWD. Subscribe Today.

The British company will open a pop-up store in East Hampton, N.Y., on Friday. The 1,650-square-foot store, at 53 The Circle, is a miniature version of Temperley’s stand-alone units in New York, Los Angeles, London and Dubai, and it will remain open until December.

“We want to take the product to new audiences, and showcase the brand in its entirety in an environment we can control,” said designer and owner Alice Temperley. “People understand us better when they see the world of the brand — not just a rail of clothes. And these pop-up shops drive sales at the department and specialty stores.”

The shop will carry the 2009 cruise and spring collections as well as pre-fall and accessories. Temperley will host an in-store party with Christy Turlington on July 18 to mark the opening.

The designer said she wanted to build on the momentum created over the past year by other temporary retail events. Earlier this year she opened a pop-up shop at private members club Shoreditch House in East London. Last summer in Ibiza, Temperley opened a “traveling shop” where salespeople visited private homes with specific looks customers had requested to see.

Earlier this month, Temperley opened a pop-up shop next to the lobby of the Sanderson hotel in London. The shop, which will remain open until July 5, is a replica of the brand’s Notting Hill store, and carries summer clothing, with some pieces discounted by 50 percent.

She said everything was chosen “so that hotel guests or walk-in shoppers can come in and find something either to wear that night or wherever their summer takes them.”

Next month, Temperley will unveil an e-commerce site. The site will launch with the pre-fall collection, and Temperley said it is aimed at a global audience. The site will offer transactions in multiple currencies, and inventory will be held in Britain and the U.S. She said the brand wants to continue working with online retailers including Net-a-porter.com, Neiman Marcus and Saks Fifth Avenue.

Temperley said the new site would offer limited edition pieces and exclusive colorways not available in the brick-and-mortar stores. The site will also showcase features such as short, behind-the-scenes films about how the clothes are made, and a section called “We like…” with Temperley’s and her staff’s musings on trends, objects and places of the moment.