Tommy Nutter is finally getting his due. 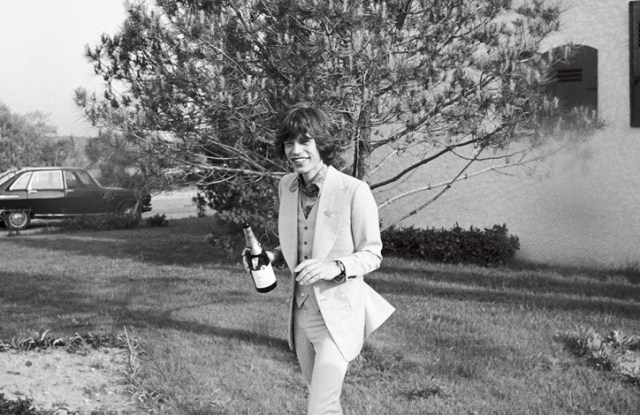 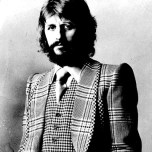 Tommy Nutter, the Savile Row iconoclast who dressed dandies ranging from Mick Jagger (and his bride Bianca) to the Joker (as played by Jack Nicholson in Batman), is finally getting his due. His subversive clothing—marked by bold patterns, huge lapels and flared trousers—is the subject of a retrospective at South London’s Fashion and Textile Museum, which runs through October 22.

“Tommy Nutter—Rebel on the Row” examines the look the late Nutter developed with tailor Edward Sexton after they opened their shop, Nutter’s of Savile Row, in 1969. In the years that followed, Nutter dressed such Sixties and Seventies icons as Ringo Starr, Elton John, Charlie Watts and Twiggy as well as the Jaggers, whose famous white wedding suits are spotlighted in the exhibition. The show also recreates Nutter’s store—complete with the shop’s original, ornate wooden door—which unlike most Savile Row tailors allowed passersby to peer in through an expansive glass window.

Nutter and Sexton went their separate ways in 1976, but the show includes some of Nutter’s later work as well, such as the Joker outfit and the broad-shouldered suits he designed for John’s stadium tours in the Eighties. Tailor Timothy Everest, a one-time assistant to Nutter, has co-curated the exhibition with Dennis Northdruft. “People say that Tommy was the bee in the bonnet of Savile Row and his designs were avant-garde in comparison to the more venerable houses,” Everest says. “But [the suits] were just as impeccably crafted and finished.” Still, craft wasn’t everything to Nutter, who was especially pleased to have produced the suits worn by three of the Beatles on the Abbey Road album cover—all except George Harrison, who opted for jeans.