The Art of the Westons

Hilary Weston and her husband, Galen, are ramping up their design-minded activities. 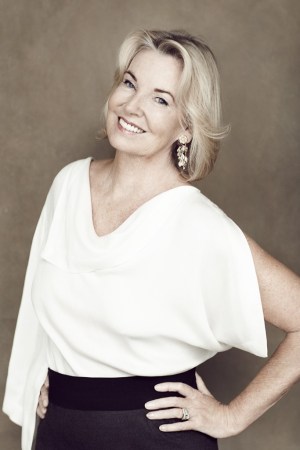 Not content to just live a life laden with art and fashion, Hilary Weston wants others to revel in it, too.

Through myriad business pursuits, she and her husband, Galen, are ramping up their design-minded activities. A former model, she met the man she would marry at a dinner party in her native Ireland (though he likes to say he first spotted her on a billboard there). In the decades since, they have left quite a mark on the fashion and retail landscapes, dividing their time primarily between London and Toronto. Through the Weston family holding company, Galen Weston already owned Holt Renfrew in Canada and Brown Thomas in Dublin, and bought Selfridges in 2003. The Selfridges Group acquired de Bijenkorf in the Netherlands in 2010, expanding its retail reach into continental Europe. The couple also created and developed Windsor, a Vero Beach, Fla., residential retreat frequented by Nadja Swarovski and other well-heeled friends. Galen Weston is chairman of Holt Renfrew and Hilary Weston served as deputy chair of its board for 10 years. She certainly knows how to negotiate, having served as lieutenant governor of Ontario, Canada, from 1997 to 2002.

These days the hyper-productive duo is as consumed by work as ever. Through a three-year partnership with the Whitechapel Gallery, this past weekend they unveiled an exhibition at the Gallery at Windsor for the Brazilian artist Beatriz Milhazes, the first woman to have a solo show there. And with the help of their daughter Alannah, Selfridges’ creative director, they are interviewing big-name architects to develop a modern, skyline-changing hotel attached to the historic London department store that stretches two city blocks. The family, including their son Galen Jr., is also knee-deep in philanthropic efforts through the W. Garfield Weston Foundation. With controlling interest in Loblaw Cos. Ltd., one of Canada’s leading food retailers, Galen Weston is also on the march with one of its properties, Joe Fresh, which has opened three New York stores in the past few months and for which further expansion is planned.

Given their reach, it is no surprise they were guests at Prince William’s wedding to Catherine Middleton, but like much of what they do, there is not always the need to make their presence known.

During an interview at The Mark hotel while in New York earlier this fall, Hilary Weston discussed how the family keeps everything in check and promised she does take an occasional break. “Yes, I do, but, you know, it is a way of life for all of us and we have fun. We really enjoy it,” she said. “We’re always interested in seeing what other people do. We’re always inspired by new countries, new attitudes, architecture, learning and trying to understand why certain people do certain things in certain ways.”

Case in point: She and her husband had met with Eataly founder Oscar Farinetti and were intrigued by the similarities they shared in running family businesses (though there are no plans to work together). Wherever the Westons may travel, they try to glean whatever insight they can. “Art, architecture design, food for the soul, culture — there all interconnected. It’s life,” Hilary Weston said.

A jaunt to Brazil enthralled them. “The liveliness, the can-do-ness of the people. It is one of the most inspiring countries to go visit because of the abundance of everything — the mineral wealth, the opportunity, they can grow anything, the food is amazing,” she said. “If you talk to the people, they will say, ‘You know, we can lead the world.’”

Alannah Weston suggested Milhazes might be a good match for Windsor and, after seeing the artist’s work, her parents needed little persuading. With so many South Americans coming to live in Miami and doing more business there, the Brazilian artist seemed like an enticing choice for Windsor.

Milhazes’ body of work includes an alliance with Durham Press in Pennsylvania. “Part of her work is making these extraordinary prints, marrying things from one to the other. Although they are prints, they are original works of art. She also makes the most fabulous books. She paints them, she prints them, she pastes objets trouvés. They are so beautiful and every page is a unique page,” Hilary Weston said. “Obviously, she also has a great scale of work that is full of exuberant color and shape. They make you feel frail. They reflect not only the shape but some of the history of the music of that country. The work is the rhythm of the country.”

When visiting Vero Beach for the first time, the Westons were forward-thinking enough to recognize its potential. “There were just fields and fields of cattle when we came 20 years ago, small farmhouses, citrus groves, absolutely charming. The elders of the town, if you will, won’t allow you to build higher than 35 feet. It’s so charming on a human scale. They are very conscious about how they want to build and retain the character of the town,” said Weston, noting its barrier island location has spared it the kind of development that has taken place to the west.

Back in London, the Westons are pursuing their own expansion plans at Selfridges, where they plan to recapture some of its history by reintroducing a hotel on-site, albeit a modern and contemporary one. There was once a 260-room hotel that had a putting green, a space for fashion shows, a grass-covered area where airplanes were exhibited, rooftop restaurants and a swimming pool. The plan is to bring back those kind of unexpected attractions, as well as cafes, and the retailer tested the waters this summer by creating a man-made lake on the roof with rowing boats.

Alannah Weston has been busy scouting the work of a bevy of architects, including Swiss, Scandinavians and Americans.

“In creating a hotel, you can’t just do something that is fashionable at the moment. You have to create something that will endure for a long time. It’s a challenge but it’s very exciting,” Hilary Weston said. “Essentially, Selfridges is a family business. We are whipped into shape by my husband, who has incredible energy and excitement. We’re never finished. We’re always moving on to the next project.”

Weston has a proven record for helping to create marquee buildings. She headed up the $450 million fund-raising campaign for the Royal Ontario Museum, which wound up with a contemporary wing designed by Daniel Libeskind. “Luckily, it was done before the world started to collapse,” she said.

Despite the unsteady economy, “the sort of luxury goods business that we do does not appear to be affected by any of this devastation that is going on in the marketplace,” she said. “The companies that deal with low-price or fast fashion continue to be important, but the ones somewhere in the middle have been diminished by the prices. Everyone is playing it very safe with their design and quality.”

Although she is not involved with the Joe Fresh business, she is impressed by its performance. “With the price and the quality, I don’t know how they can do both. Joe Fresh is not disposable, either. It has a life and it’s not extremely fashion, either,” she said.

As for how Weston’s ever-evolving life compares with her childhood vision of her future, she said, “I went to a convent school, so being educated by nuns was really a wonderful discipline for life. We were taught to believe we had a future other than getting married and to aspire beyond that, which was pretty avant-garde. I’m very much about giving back.”